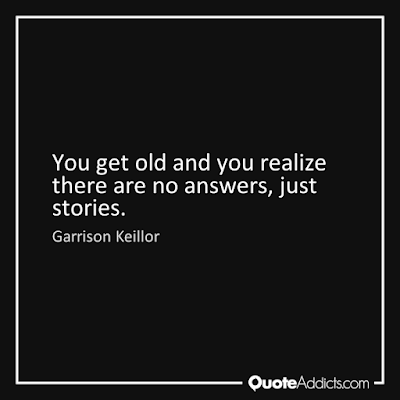 Last week we did the traditional Monday post thing. That worked out nicely because, if you recall, it was Labor Day, meaning I did little that was laborious. For the foreseeable future, I think a Sunday evening post is going to have to be the norm. When I get to school on Monday mornings I am sucked into this vortex of coffee & teenagers & lunch counts & essays, & things outside that realm just fall by the wayside.

I mentioned last week I would add links to Amazon & Barnes & Noble should you wish to purchase a copy of Dear Miss Moreau; those are now affixed on the blog directly to your right. You may have to scroll up a bit, but they're there. With today's housekeeping taken care of, I'll dive into the meaty stuff.

A month or so ago a local doctor died. He wasn't my doctor; I never met the man in person. I saw a link to his obituary or some other article that referenced his death online, & this is the only reason I was alerted to his passing. Years before his passing, his actions influenced my life in a circuitous way. I attended graduate school with his ex-wife. The first time I met her, we were in a small class of about ten people. The professor asked that we each introduce ourselves & share the obligatory first-day details. This exercise usually elicits groans from students, but in graduate school you may as well get used to (1) speaking in front of the class & (2) knowing the business of your classmates.

We all spent a lot of time together during the two years we were in graduate school. The doctor's ex-wife was(is) considerably older than the rest of us. On that first day, she introduced herself & told us she was divorced from her husband of thirty-eight years. Yes, thirty-eight years. I later learned he'd had an affair that led to their divorce & eventually led her to seek a graduate degree at her advanced age.

I spent time in her home while we worked on various group projects. She cooked for us. She is a wonderful woman & I miss seeing her & listening to her stories about life. I miss the advice she gave us. I vividly remember her discussing the turns her life had taken up to that point; she said, Whatever you think you're immune to, don't.

It's been ten years since she gave me that advice. On a handful of occasions, her words have come back to me. Those words have been on my mind this past week for a few reasons. Tomorrow will mark sixteen years since the attacks of September 11, 2001. As I always have, I'm going to show my students some footage from that day, a day about which they have no memories. Coincidentally I am discussing narrative writing with the seniors about this time of year. We discuss the importance of telling stories. Before pen & paper, before the printing press, before typewriters, before word processors, before blogs, there were stories.

Shared oral history cemented bonds between families, between tribes, between entire cultures, before there existed any other way to communally remember together. In my speech classes when we discuss audience analysis, many texts point to a person's age as their most significant demographic. More than perhaps anything else, a person's age dictates their interests & concerns. A person's age also dictates their communal memories in large part. In the same way my nearly ninety-one-year-old grandfather can't fathom that no one remembers Pearl Harbor, I can't fathom that all these bright young people I spend my days with have absolutely no memories of the events of September 11, 2001. I think what my grandfather & I are both longing to communicate is my friend's message to me: Whatever you think you're immune to, don't. In an effort to convey this truth, we like to tell our stories. Stories breathe life into events that unfolded years ago, events often perceived as ancient history by young people.

Saturday afternoon I was outside walking. I was making laps on my usual route. I was listening to music & buried deeply in my thoughts. I rounded a corner & looked up at our house. I stopped & took this. 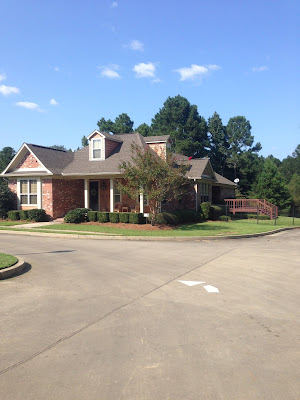 My first, selfish, horrible thought was that I'm thankful we're not in the path of this most awful hurricane that's about to engulf the state of Florida. As soon as the thought crossed my mind, my friend's words again came back to me. I said a prayer for those who have been & will be impacted by Hurricane Irma, for those still reeling from Harvey, & finally I said a prayer for my haughty attitude of immunity.

I guess I take away three things from her words. First, we should all be eternally, ridiculously thankful for all of the things in life that go well, that work as they should, that unfold as planned. When planes take off & land & are not hijacked, be thankful. Sounds silly, right? Not to me. When your home weathers a storm & keeps you & your family & your possessions dry, be thankful. When you sleep at night knowing your child's body is regulating her insulin production & her blood sugar, be thankful. When you stand on two legs & walk to the mirror in the morning, be thankful. When you hug your faithful spouse, be thankful. When foreign threats don't interrupt your day-to-day plans, be thankful. We are guaranteed nothing. Nothing.

Second, protect what you can, while understanding that ultimately there is so much you cannot control. It takes two people willing to nurture & protect a marriage, & you only control one of them. My friend's marriage fell apart after nearly four decades. We can prepare, protect, insure, until we make ourselves crazy, but beyond our control lies a world of sin & nasty weather & failing health over which we have absolutely no control. A caveat: yes, we have control over ourselves insofar as sin is concerned, but we are often impacted in negative ways by the sins of others. Eve's sin continues to have a domino effect, am I right?

Finally, from my friend's words—& from the way she lived her life post-divorce—I take away the reminder to keep going. Countless times people have said to me they could never handle a child with Diabetes. When they realize how often we check Reagan's number, or realize she needs her finger pricked & insulin dosed every single time she eats anything containing carbohydrates, they just almost can't fathom it. I couldn't fathom it either. I imagine my friend initially couldn't fathom her life post-divorce after thirty-eight years married to one man. I imagine those suffering losses because of devastating natural disasters cannot imagine life ever again returning to normal. In my experience, you find a new normal. My friend found a new normal. I am so thankful her journey brought us together. In finding a new normal, which takes time & patience & perseverance, there is a temptation to live in the past; resist that temptation.

Whatever you think you're immune to, don't. The opposite of immunity is vulnerability, I suppose. We are all more vulnerable than we like to consider. We rise & move through the day, all while relying on so many, many things & people we rarely, if ever, acknowledge or consider. You don't think about or pray for your child's islet cells until they refuse to produce insulin. I pray for Henry's islet cells now. Say a prayer for the unknowns. There are islet cells in your life of which you're unaware; there are probably people praying for you or doing various things that better your life, or your child's life.

Say a prayer that you can resist the temptations to which you think you are immune, because I can tell you, those are the stumbling blocks Satan will throw in your path. Let him who thinks he stand take heed lest he fall. Whatever it is you think you would never do, pray that you are right. None of us are as insulated as we'd like to think, be it from certain sins we think will only plague others, from health concerns, or from natural disasters. Watching Irma form & strengthen & continue to hound those in her path should make us all realize how small we are, how little we control, & how much we need the love & support & grace the Father offers. 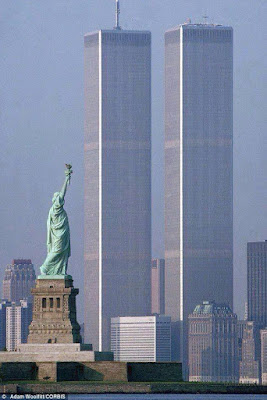 You live long enough & you see enough unfathomable things & you learn that the prayer ought to go something like this: Please keep us safe & healthy, but regardless, please keep us rooted in You, no matter what crumbles around us, how the winds howl, the water rises, the body breaks down, the pain seems unbearable, the loss unfathomable, come what may, may we steadfastly sing, It is well with my soul.

God cannot & will not offer us immunity, not this side of Heaven. To insulate us in that way would require negating man's free will, & He will not do that. As my preacher so eloquently pointed out last week, without free will, there exists no true, pure love because love requires choice. He won't strip us of our choices, nor will He strip those who would hijack airplanes of their choices. He could compel us all to bend to His will, but He wants us to come freely. It's easy to come freely & stick around when the waters are calm, when you feel secure in the false immunity we coddle ourselves with because we are Americans, or because we don't live in Florida, or because we simply think not me, not my child, not my marriage. Whatever you think you're immune to, don't.

Since reading about her ex-husband's death, I've thought a lot about what she meant to me for the two years we spent considerable time together learning & laughing. We'd likely never have attended grad school together had she not suffered through a divorce. It was apparent from even a brief conversation with her that her life didn't unfold as she'd planned. She'd likely add to that statement, but whose does?

God will not insulate us from the ills of this world, but He can & does continue working through heartache to bring about good. I regularly communicate with a handful of young people I just love so much; I'd likely have never met them, much less nosed my way into their lives, had Reagan not been diagnosed with Diabetes. If Reagan could produce her own insulin, the chance I'd still be teaching at Delta Community College is about 98%. My plan was to drop the kids at school, teach my adjunct classes, & go sit somewhere & write novels until it was time to get the kids. Plans, right? I don't know if I'll ever finish another novel, but since last August I've been doing some intense field research that, should it ever make it to the page, will be riveting. I'll change names to protect the guilty, naturally.

Today is September tenth. I pray you experience a lifetime of September tenths, but I also pray, & you should pray, not for immunity from life's September elevenths, but for the strength & patience & perseverance only God can provide when waters rise & buildings crumble.