I'm actually not talking about this blog post, which should be rather brief (& which you are, in fact, reading).

What you need to be reading between now & November 22 is The Hunger Games & Catching Fire if you've not already done so.


If you have, then I can only assume you are fangirling along with me as we rapidly approach the movie release of Catching Fire. 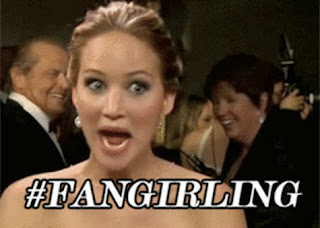 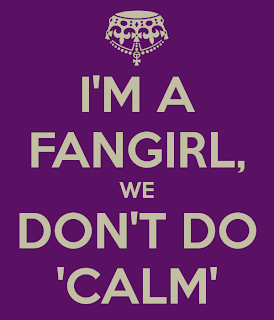 I should warn you that when you finish Catching Fire, you need to have a copy of Mockingjay handy because, well, I won't tell you . . . 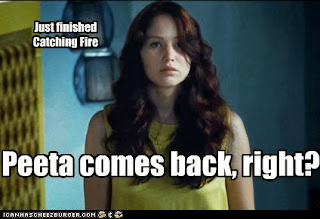 . . . but it sent me on a thirty-minute drive across town to a friend's house at eleven o'clock at night to get my hands on her copy of Mockingjay.  I may or may not have screamed Peeta's name aloud in my car as I made the drive, screeching into her driveway & racing to her front door in my sweats & house shoes.  I suffer for my fictional men. 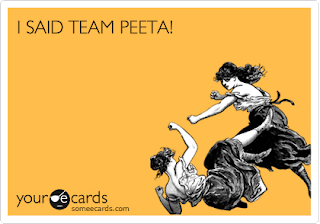 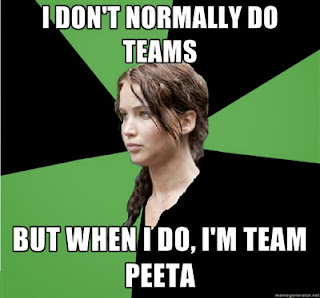 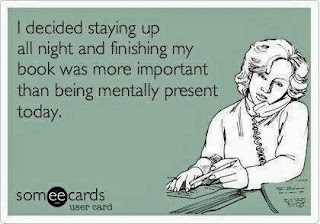 In March of 2011 I posted this blog about The Hunger Games series.  I had one child then & apparently had enough time on my hands to write lengthy & somewhat philosophical posts about life & what I was currently reading.  At present I don't sleep enough to be philosophical, so I direct you to my former musings if you're interested in more than my simple directive to read these books, coupled with a few inspirational memes.

If you refuse to read them, the movies are still worth seeing (though I'd rather not discuss the films with someone who hasn't read the books . . . it's a whole new level of frustration that I can't handle on so little sleep).  The wonderfully talented Jennifer Lawrence portrays the novel's protagonist, Katniss Everdeen, & I assume she will be as fantastic in the second film as she was in the first.

I of course have plans with the ladies of the book club to see the film on opening day, which is next Friday.  We did allow a few male readers to join us when we saw The Hunger Games, & I assume the same concession will be made this time, should you be a male reading right now & secretly wishing you could go see the film with a group of moms in their thirties.  I gave up seeing midnight releases after I sat through the midnight release of Breaking Dawn, Part I.  On a cold November morning, I found myself sitting in a traffic jam in the Tinseltown parking lot at nearly 3am, praying my car's heater would kick in, & realized I was so tired I couldn't remember much about the movie I'd just seen.  I had a nice long talk with myself about reality . . . You're in your thirties, you have a child at home, you are an adult . . . So, because I've embraced my adult status, I won't join the screaming masses at midnight next Thursday.  I will remain composed, happily tuck my children in bed, & get as much sleep as Henry will allow so that I am fresh & ready to, in a mature & orderly fashion, eat mounds of popcorn & chocolate while being whisked away to Panem Friday afternoon.

I am excited about seeing the film, & particularly seeing the character of Finnick come to life.  Finnick is a marvelous character.  You'll see.  And, since this is what my living room typically looks like, 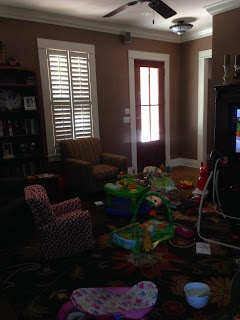 I also need a few hours to sit in the theater with nothing but a big bucket of popcorn on my lap, secure in the knowledge that there is not much of a chance anyone will pee on me.

I'll close with a little reminder to my mom about her babysitting gig next Friday afternoon.

Happy reading, & have a great Wednesday.

Email ThisBlogThis!Share to TwitterShare to FacebookShare to Pinterest
Labels: The Hunger Games