A King & a Libertarian

I was scrolling through pictures on my phone & realized I've yet to blog about Reagan's Saturday on the town with me & Trey.  Before the madness of the next month descends (& by madness I of course mean the release of Catching Fire, the end-of-semester grading frenzy that plagues me twice yearly,  planning Reagan's third birthday party, & general holiday craziness), I am taking a few minutes, minutes I should be using to grade, & recounting a delightful Saturday before too many of the details slip my tired, addled mind.

As all great stories do, this one begins with my desire for some new furniture.  Several weeks ago I was shuffling through the mail & happened upon a notice that Bodie's, a furniture store in Ruston my mom & I frequent, was having a sale.  It took about five minutes to talk my mom into loading up the kids & taking a trip West.


Tucked away in a back corner of the store was this beauty: 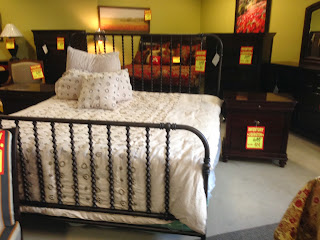 I've always had a thing for iron beds, & Trey & I have been in desperate need of a king size bed for awhile now.  We are not tiny people, & there's roughly a 99% chance there will be a child & a small dog in the bed with us at night, so you see, this was a needed purchase.  Not that every furniture purchase I make isn't born of legitimate need.

Naturally I'd been looking at beds online for awhile & had a few in mind, but I reeealllly liked this one when I saw it, & it was on sale, & sealing the deal for me was learning that this is a Paula Deen bed.  I realized I had in fact seen this one online while looking at some of her other beds, but the pictures online don't do this bed justice.  I'd have never considered it had I not seen it in person, which totally validated my decision to load both the kids in the car & haul them around the furniture store.

Long story short, or not, Trey consented & we bought the bed.  As soon as the bed purchase was in the books, I gently suggested to Trey that we consider buying a king size mattress so that we'd have somewhere to sleep when the new bed was delivered.  So, Trey, Reagan, & I spent the better part of one Saturday in search of a new mattress.  In fact, I can tell you that it was Saturday, October 19 because my mom stayed with Henry while we hit the town, & shortly thereafter she had to jet to Dallas because my sister was in labor & gave birth on October 20.  I almost always remember dates, sometimes for the oddest reasons, a skill that served me well in my history courses.  But I digress.

I wanted to blog about this day not because I am thrilled with the new bed & my beautiful new bedding that I love so much, but because it is rare that Trey & I spend time with just Reagan.  While there were some tense moments during the mattress selection process, overall I had a wonderful day doing 'adult' things with Reagan, the first of which was voting in the special election to determine who would fill the congressional seat formerly held by Rodney Alexander who was offered some new position that is apparently so fabulous he had to abandon the position to which the good people of Louisiana's 5th congressional district elected him, costing the state thousands of dollars to hold not one, but two elections to decide who would finish out his term.  And breathe.

I'm going to tell you a secret.  When Trey & I moved to our new home almost two years ago, we had to jump through all sorts of annoying hoops to legitimize ourselves, one of which was changing the address on our driver's license & changing our voting locale.  Trey took this opportunity to disavow the Republican Party & officially embrace his Libertarian leanings.  There's still a big R next to my name on the voter rolls, but Ted Cruz is the last hope to which I cling.

So, we drove to the local middle school to vote.  This was exciting for Reagan because the parking lot was full of school buses, & then she was allowed to enter the voting booth with her daddy & cast her first vote for, you guessed it, the Libertarian candidate (whose name I cannot remember at the moment). 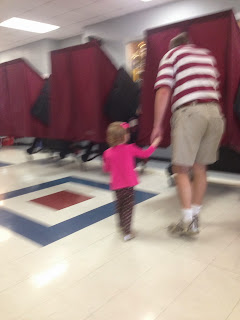 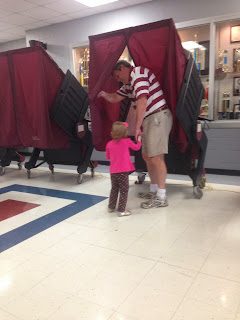 When we got in the truck to leave, Reagan asked us if she could vote again, & Trey & I both smiled &, literally at the same time, replied, "Not here."  When she's older we'll explain to her that to vote more than once (or post-mortem), she'll have to move to New Orleans or some other region that's a deep blue on the political map.

We then headed to McAlister's for lunch where I snapped these of her while Trey read Consumer Reports mattress recommendations on his iPhone.  Yes he did.  We are every bit as exciting as we sound. 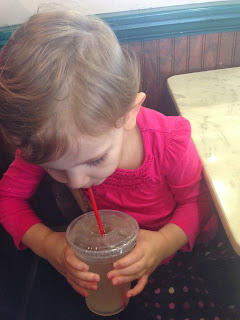 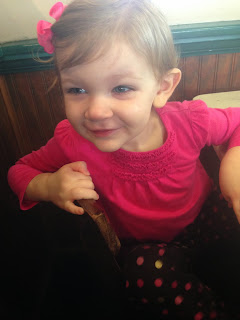 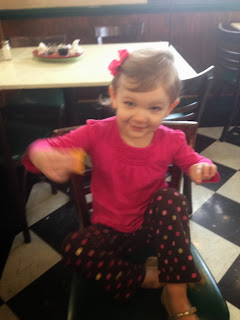 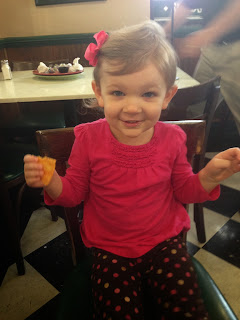 We then crossed the river - - not in any metaphorical sense, just literally headed to Monroe - - to check out the mattresses at Havertys.  I hung out in the mattress section of the store for about five minutes, but soon realized we were going to be there for a loooong time while Trey made a decision so I went to look at furniture.  It's not a poor quality mattress that wakes me at night, after all.  I won't mention any names, but, 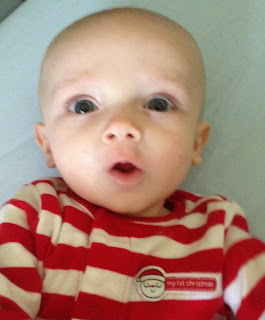 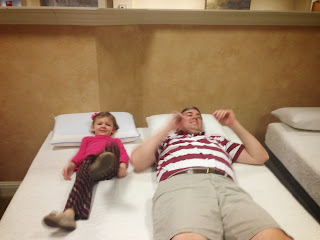 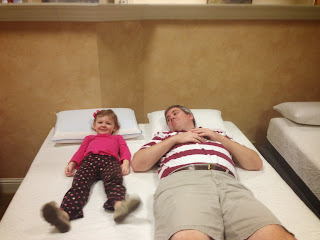 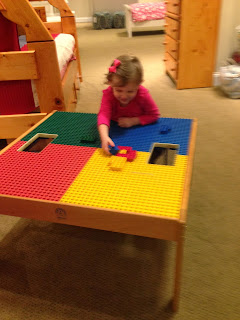 I told her to look up & smile so I could get a picture of her face, & this is what she did: 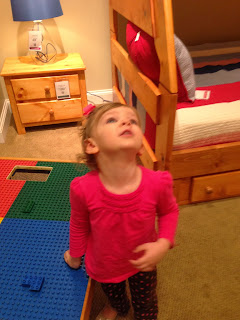 A mattress was eventually selected, & after sleeping on it for a month I must say Trey made a fabulous choice.  It's incredibly comfortable, & I know that one day, hopefully in the not too distant future, I will sleep a 6, maybe even 7 or 8 hour stretch on it.

My work in our master bedroom has just begun, but this new bed is a large piece of the puzzle I am putting together.  Shhhhhhh!  Let's just let Trey enjoy the holiday season for now.

I shall return, hopefully with a glowing review of Catching Fire, including details about how they omitted absolutely nothing crucial from the book, which of course means I will be listening for each & every one of Peeta's lines.  If you don't understand what I'm referencing, that's your own fault for not reading the books as I have explicitly directed you to do.  I better go grade now that I'm clearly slipping into teacher mode.