On the Fall of Roe 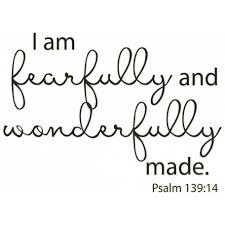 Good Friday morning, friends.
I am struggling to find words, and I think it's because I am in a bit of shock; additionally, this day feels important, and you want to do the moment justice.
The Supreme Court of the United States has returned the issue of abortion to the states. In reviewing a case out of Mississippi centered around an abortion law in that state, a majority of the Justices determined there is no fundamental right to an abortion in the Constitution of the United States. This determination effectively overturns Roe v. Wade, decided in 1973, as well as Planned Parenthood v. Casey, a 1992 case that affirmed Roe. Abortion has not been outlawed in this country; the issue has been returned to the individual states. The high court has determined there is no fundamental right to an abortion in our Constitution, and this means a state is free to outlaw the procedure.
I've always told my public speaking students not to jump on the issue of abortion for a persuasive speech topic because it touches so many pillars: legal, medical, and moral. In a short speech, you have to address the issue from one of these angles, but you won't have time to address all three. It's the most complicated public, cultural issue we face, and we now enter a new phase of these discussions, a phase that is brand new to me and to many others born after 1973.
I never thought I'd see this day. I remain in a state of shock, and I hope my words make some sense. Given the leaked draft of Alito's opinion weeks ago, I suspected today might become a reality, but this morning when the opinion became official I realized I'd been holding my breath, trying not to think too much about it, praying the decisions of the Justices were firm and that the leaked opinion still accurately reflected the thoughts of a majority of the court.
This morning, millions of prayers were answered. My first thoughts were of three men who are no longer here on earth: Ronald Reagan, Antonin Scalia, and my friend Luke Letlow. All three would have been rejoicing today; all were vocal advocates for the unborn. There are many who fought tirelessly for this day who are no longer with us. There are many young souls, millions of them, who are not with us today because their life ended in their mother's womb. They are with their Father in Heaven, and they were casualties in a long and horrific war. The war is not over, but a significant battle has been won, and the gravity of today cannot be overstated. I will turn forty-two in October, and for my entire life, until this morning, a decision nine men made in 1973 was the law of the land regardless of the wishes of the individual states.
One more thought on this moment before I look ahead: Donald Trump deserves a lot of credit for this. He does. Most of you know my long, tumultuous relationship with this man, but he said he would appoint pro-life Justices, and he did. How strong are his personal convictions on this issue? I don't know, but does that matter? Today doesn't happen without Gorsuch, Kavanaugh, and Amy Barrett. Their convictions on this issue, their commitment to the law, to the Constitution, and to the God they serve is what led to this moment.
The war for the lives of the unborn is not over, but it has shifted significantly. Abortion has not been outlawed; the issue has been returned to the states. Moving forward, here is what we, those of us who cherish life and understand that every person is a creation of the God we serve, an image bearer of His, can and should do:
We should pray. Now is not the time to stop praying about this. In the short term, pray for the Justices who did the right thing. Their lives and the lives of their families have been threatened already. Pray for the men and women in state governments across this nation. They now have to do their job and legislate. They have to determine the way forward for their state on this most precarious issue. Pray for our nation. Pray for the young people in this nation. May today's ruling be the beginning of a cultural shift not only on the issue of abortion, but on the issues of parenting, family, and responsibility. Pray for this nation's churches and pregnancy crisis centers, the individuals who minister to young women who are pregnant and don't know what their next step is.
I remain in a state of shock. I suppose I have nothing else to say at this time other than I cannot believe it; I cannot believe this day is here. I have read some of the opinion, which you can find by clicking here, but I have cried many tears this morning and thus coherent reading (and writing) has been a bit of a struggle. I wanted to jot some initial thoughts down on the blog since it's been my baby for years now, the place where I chronicle things, and today deserves its own post, its own set of thoughts.
Enjoy the remainder of your Friday, reader, and may God bless you and bless this continuing experiment called America.
AZ
Posted by AZ

Email ThisBlogThis!Share to TwitterShare to FacebookShare to Pinterest
Labels: Abortion