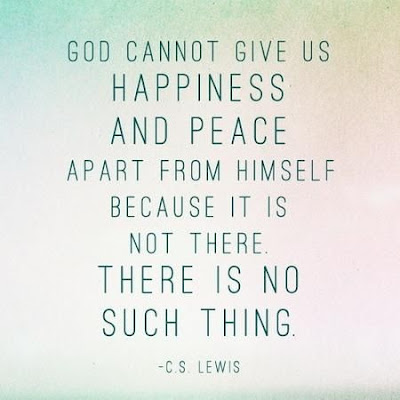 Last I blogged I was still in my thirties, may they rest in peace. Reader, I did turn forty. I had a nice birthday, and all manner of things have happened in the interim, but today my purpose is singular. We can talk about the election, my kids, the way I am gracefully aging, the upcoming holidays, and a variety of other things at a later time, perhaps later this week even should I manage to churn out not one but two blogs this week. We shall see. On this date in 1963, C.S. Lewis died, and that has prompted a few thoughts I want to jot down.

Fifty-seven years ago, the world was shocked by the assassination of the American President, John F. Kennedy. Across the pond, a mere hour or so before JFK was shot, one of the greatest minds of the twentieth century breathed his last and quietly slipped away to meet the Savior He came to know as an adult.
C.S. Lewis's death was, at the time, barely a blip on anyone's radar. In the years since, because of the words he left us, he has touched people in every corner of the world. He is certainly a more important figure in my life than the American President who died on the same day Lewis did.
Two of my favorite writers, Lewis and Hemingway, led somewhat parallel lives. Both were born just before the turn of the century, had childhoods profoundly shaped by their mothers, became disillusioned as young men who lived through the first world war, and turned to the pen to try and sort through their countless thoughts and emotions and ideas. They died two years apart, Hemingway by his own hand.
I think they both began as young men with bright, inquisitive minds and similar questions about the existence of a good and powerful God in whom neither could believe after a troubled youth and the ravages of world war. A Farewell to Arms isn't Hemingway's first novel, but it chronicles a time in his life that profoundly shaped him as a man and a writer. His first novel, The Sun Also Rises, was published in 1926. After its success, in 1929 he published A Farewell to Arms which is based on Hemingway's time as an ambulance driver during WWI ten years prior. After he was injured, he fell in love with his nurse, Agnes, a woman several years older than the then-teenaged Hemingway. Agnes famously broke his heart, and it is in A Farewell to Arms that he attempts to deal with this heartbreak as well as grapple with questions about the existence of God.
Read A Farewell to Arms and pay particular attention to the priest. The priest and Catherine are the most important characters. They represent Hemingway's two attempts to cope with the disappointments of life, the horrors of war. Ultimately, Hemingway, via his narrator Frederic Henry, determines it is not possible to witness all he has witnessed, men killing other men, men dying alone on the battlefield, and believe in the existence of a good and powerful God. He then turns to Catherine, the nurse with whom he has fallen in love.
And he truly loves her, he does. He abandons the war to be with Catherine; she is now expecting his child. He has given up on the priest and any idea that religion is something serious people consider. At one point, Catherine tells Frederic Henry she has no religion, and then she corrects herself and says, "You're my religion." Well, guess what happens next? ** spoilers ** Catherine and her child die. Whatever religion Frederic Henry may have found, even some quasi version with his love, Catherine, dies on the gurney in the hospital with her. The last line of A Farewell to Arms reads, "After a while I went out and left the hospital and walked back to the hotel in the rain." That man walking forlornly in the rain is Ernest Hemingway, and he wandered in the rain for the rest of his life until he ended his life in July of 1961. He died having written some of the most perfect prose any American writer has produced, but he died just as disillusioned, frustrated, and alone as Frederic Henry is in that forever walk in the rain.
The last thing C.S. Lewis wrote for publication prior to his death was an opinion piece set to publish in the December 21st issue of The Saturday Evening Post. It is titled, "We Have No Right to Happiness." I think Lewis and Hemingway both wrestled with existential questions for years and years; Why are we here? What is the purpose of life? Ultimately, as young men they both wrestled with and initially rejected the idea of the existence of a good and powerful God. They could not, having witnessed what they had early in their lives, particularly during war, reconcile those images with the idea that God exists and will, in time, make things right, see to it that good triumphs over evil.
Lewis eventually found the answer, or rather, admitted the answer; Hemingway did not. Lewis died at home, ready to meet His Savior, his death appropriately overshadowed at the time by the death of the American President. Hemingway died as he lived: on his own, destructive terms, having never successfully silenced his demons.
Hemingway sought happiness in all the usual places: in his writing, with various women, with alcohol, by traveling all over the world and hunting every animal imaginable. Lewis, praise the Lord, figured it all out when he was a middle-aged scholar: There is a God, and He is to be worshiped, and happiness is not the point while we are here. Holiness is the point. We have no right to happiness. It is sometimes an ancillary effect of the Christian life, but not always.
I am thankful today and always for the life Lewis lived, for his inquisitive, open mind, for the words he left us. Hemingway's life breaks my heart. There are Hemingways among us today. They need, as Lewis did, a friend like J.R.R. Tolkien who engages both their mind and their heart in rigorous conversation about spiritual things.