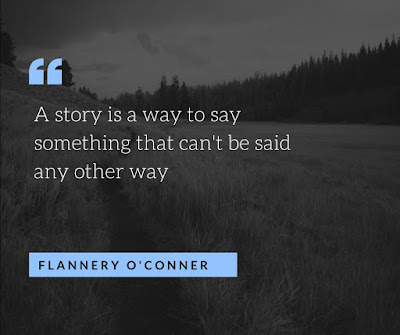 Why'd you love last week's blog so much? I wrote it, so obviously I don't think it's completely uninteresting, but I didn't expect it to have much of a reach, so to speak. About a year into blogging I realized I am a poor predictor of what people will find interesting, so I abandoned any pretense of writing for anyone other than myself. It's truly the best way to write, I mean unless of course you're a student, & then you should conform to your teacher's guidelines with rigid specificity.

Last week the seniors submitted narrative essays to me. A handful of them who're lucky enough to have me as both their English & their speech teacher also delivered an informative speech. I gave the speech students some guidelines, one of which was that the topic of the speech had to be a person. I've discovered over the years that students cannot handle the freedom that accompanies the phrase, "You pick your topic." Most students opted to tell the class about a parent or grandparent, but a few went out on a limb & discussed a famous person they admire for one reason or another. It was one of the latter speeches that sent me right back to nineteen ninety-four.

When I was thirteen or fourteen I went to see the movie 8 Seconds. I'm pretty sure I went with my mom. The movie tells the story of Lane Frost, a professional bull rider who died young after a bull injured him, causing one of his ribs to sever an artery (I think I have that right). As you might imagine I was quite the rodeo aficionado back in the day. No, actually I was quite the fan of Luke Perry of 90210 fame. Perry portrays Frost in the film, & I'm sure this inspired my decision to spend an afternoon immersed in the tragic story of a professional bull rider.

I think I set a squalling record at the end of the film. I don't know that I had ever before or have ever since cried so much in a movie theater. I guess I knew what was coming, but I mean we all went to see Titanic, right? It's a well done film, in my opinion. Perry has a natural chemistry with Cynthia Geary, who portrays Frost's wife, Kelly Kyle. It didn't hurt that all I listened to at that time was Garth Brooks, whose mega-hit Rodeo had been released a few years prior. Between the song & the movie, I was thoroughly immersed in rodeo culture; truly I should have begged my mom for some Wranglers.


During the four or so minutes the young man delivered his speech I was replaying what I can recall of the film in my mind. I vividly remember the tears flowing even though it's been about twenty-three years since I sat through the movie (twenty-three years . . . I know, I know). The moral of the story is this: Don't tell me about bull riding. You'll lose me (& 99.9% of your audience) as soon as you mention the topic. Tell me the story of Lane Frost. I haven't put a final grade on this young man's speech yet, but I might give him a few extra points for providing me with the perfect way to explain the power of the narrative to future students, both English students who have to write a narrative essay & speech students who need to learn how not to give a dry, boring speech.

Without fail a handful of students always tell me, "I can't write." They offer this disclaimer in person, lest I sit down at my computer & open their electronically submitted essay expecting Hemingway-level prose. This is one reason I (& most other English 101 teachers) begin with the narrative essay. They're usually written in the first person, & typically the easiest thing for a person to talk (or write) about is, well, their own story.

The Lane Frost Principle (I just invented that) is why historical fiction appeals to me more & more as I age. I don't want to read about Hitler invading the Soviet Union or listen to a speaker rattle off statistics about how many died during the siege of Leningrad. Tell me Tatiana & Alexander's story, & I will weep. Without fail, most of the students who sheepishly tell me they can't write submit a well-crafted narrative essay that opens a window for me. After a month of sharing the same space & being (mostly) polite to each other, I get to the meat of who they are & what's going on in their life, what battles they've fought or are fighting, what scars they have, what they fear, what or whom they love, & what hopes they harbor. The narrative essays are my favorite to grade.

In addition to stories, audiences love visuals, & so here you go.

Friday is test day in the first grade. On Thursday they take a practice spelling test, & anyone who makes a perfect score is exempt from Friday's spelling test. After a few weeks of struggling with spelling, Reagan made a 100 on Thursday's practice test. She was rewarded not only with the exemption from Friday's test but with this celebratory note from her teacher. I told her I was proud of her & wanted to take her picture with the note her teacher had taped to her cubby. She informed me the note was placed in her folder; she took the liberty of hanging it on her cubby. Reagan will inherit the book Aunt Jessica got Papa for Christmas one year, The Art of the Humblebrag. 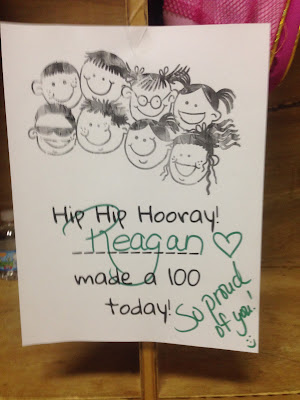 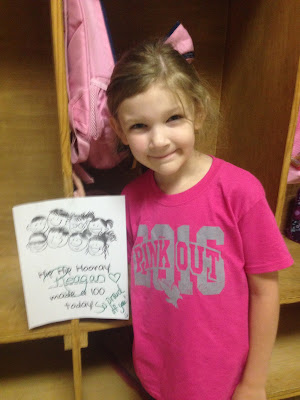 In other Thursday news, my Papaw celebrated his ninety-first birthday. 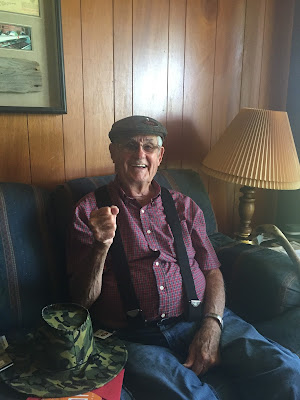 I wrote this two years ago on Papaw's eighty-ninth birthday. It contains pictures of the kids (both of whom have rounder faces & less hair than at present), a discussion of The Bronze Horseman, & some thoughts on the high hopes I had for LSU's football team that year. Basically it's every blog I've ever written, minus any reference to Twilight. Time, how she flies.

The week ahead is Homecoming week at school, though the Zeiglers will be absent from school tomorrow as we travel to visit the endocrinologist in Jackson. I note with incredible sadness that tomorrow is the one day a year I am allowed to wear my pajamas to school as it is designated as Pajama Day, but tragically I'll be dressed in normal adult clothes in order to play the role of competent caregiver to diabetic child.

The end of the week will, the Lord willing, bring my twentieth high school reunion. You know, I feel like some time has passed since I graduated high school, but certainly not a full twenty years. In my head it's like, oh, 2006.

What you need to know about high school Anna is that (1) I always had a good tan because I played a lot of tennis, (2) I was apparently averse to the idea of wearing any eye makeup, & (3) my high school years sadly unfolded prior to the invention of the flatiron. With that disclaimer, enjoy this glimpse of the nineties. 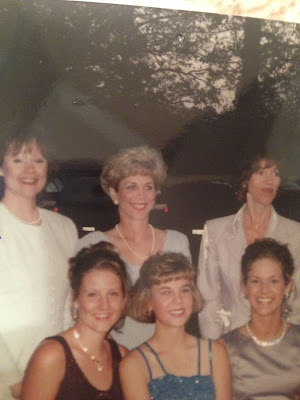 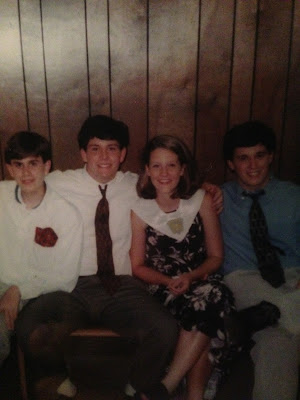 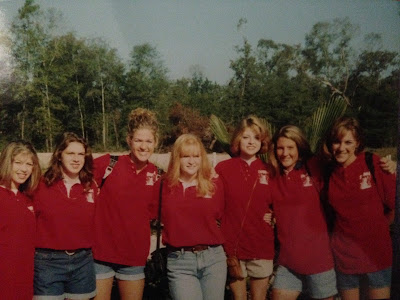 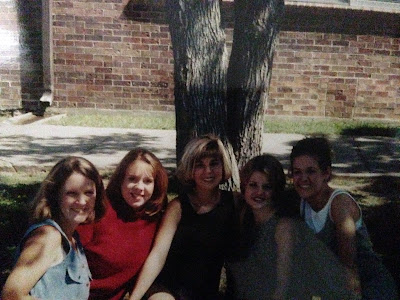 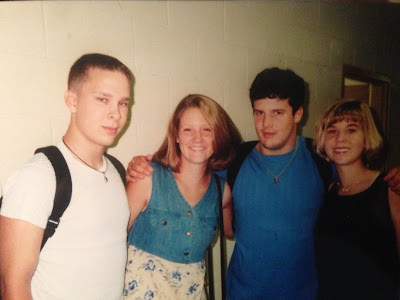 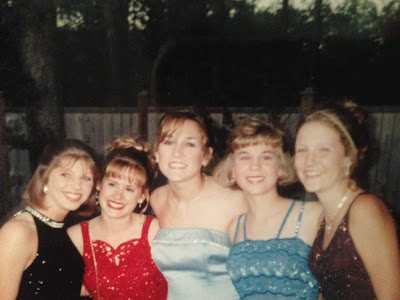 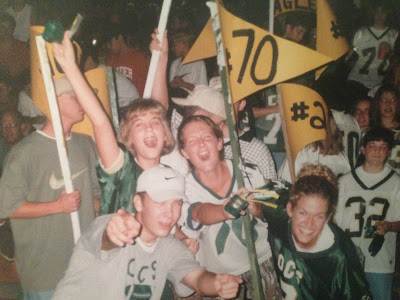 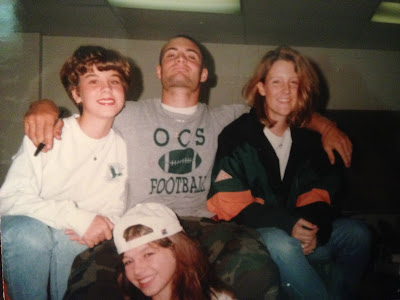 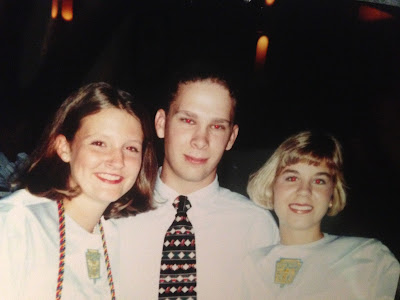 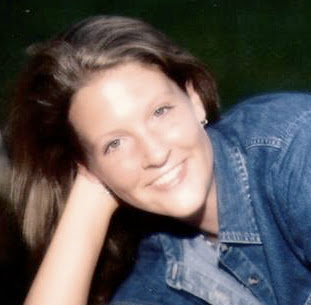 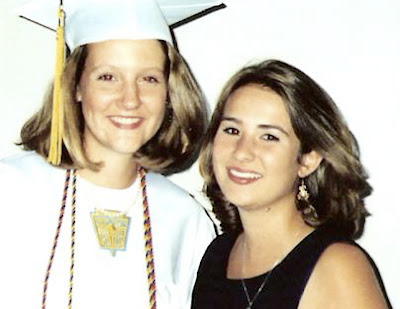 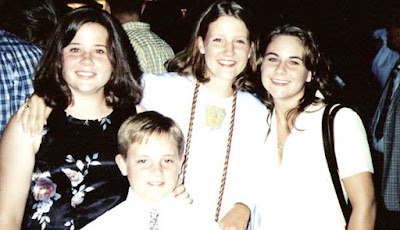 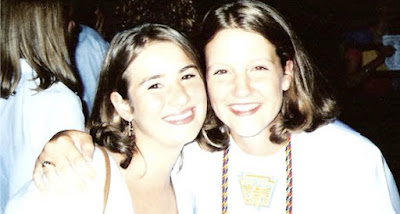 I've never attended my twentieth high school reunion so I've no idea of my emotional state when next I blog. On top of the reunion, there's A1C news coming down tomorrow + a heap ton of essays I need to grade, & so you might get something philosophical, or you might get a few gifs of people weeping. I like to keep you guessing.