Build me a son, O Lord,
who will be strong enough to know when he is weak,
and brave enough to face himself when he is afraid,
one who will be proud and unbending in honest defeat,
and humble and gentle in victory.

In the summer of 2012, Trey & I took a trip to California. You can read more detail about it here, if you're so inclined. I know a handful of you have only recently become raving fans of the blog, & so there are a few years of trips & tedious details about which you may want to educate yourself.  Goodness knows you'll sleep better after reading about the dessert & coffee I had at a pricey California restaurant in the summer of  2012.


On our last night in California, we ate dinner at Croce's, a restaurant owned by the widow of the late singer, Jim Croce. Trey & I flew home the next morning, & we haven't traveled anywhere just the two of us since. That fall I got pregnant with Henry, & when he was nine months old, Reagan was diagnosed with diabetes, which means where I go, Reagan goes; where Reagan goes, I go. As it says in Ruth 1:16, "For wherever you go, I will go; And wherever you lodge, I will lodge; Your diabetes shall be my diabetes," etc.

I'm thinking about our dinner at Croce's not only because our family has changed so much since that night, but also because Croce's song "Time in a Bottle" is on a loop in my head, particularly the lines, ". . . there never seems to be enough time to do the things you want to do, once you find them."

When I was younger, I was notorious for pitching a fit about being asked to eat things, or watch things, or go places I insisted - insisted - I didn't like. I won't beat around the bush: often, when I acquiesced & tried the food, or watched the movie, or went to the musical, I liked it . . . & sometimes, I loved it.


All my life, since I was old enough to form coherent thoughts about any future children I might have,  I knew I wanted a girl. Before we learned Reagan's gender, I mentally prepared myself to fight Trey for a third child should I give birth to two boys. After Reagan, I just assumed I'd have another girl. I mean, my mom had two girls, & I had a long list of girl names, & a closet packed with girl clothes, & so what sense would a boy make? I wanted what I know. I am a girl, Reagan is a girl, & Sophie the dog is a girl, & so logic would seemingly dictate the completion of our family could best be achieved with girl No. 2.


Henry was one of the biggest surprises of my life. I've no idea why I was convinced a second girl was on the way, but I was. I had (again) mentally prepared myself for a showdown with Trey over her name, which was to be Margaret, a name Trey didn't jump up & down about when I mentioned it despite my pointing out that the most logical name for the sister of a girl named after Ronald Reagan is Margaret, after Lady Thatcher, of course. I hadn't nailed down the middle name yet, but was heavily leaning toward Jane. Margaret Jane. I'm not big on surprises, & considerable mental adjusting took place in the days after the ultrasound that revealed Mr. Henry was, in fact, Mr. Henry, & not Margaret Jane.


These last two years have taught me a lesson about clinging too tightly to a picture of how you envision the future. Of all the blessings I never knew I wanted, but have been so graciously given, Henry tops the list. I know that God is using him, day by day, as a reminder to me that I don't always know what is for the best; I don't always know exactly what I want or need. I am typically all about the words, but I won't try to express in words what he means to me, & he just loves me so much. He is the founder & president of my fan club, & I intend to attend meetings & wear the T-shirt until he disbands the group.

I am daily astounded by his devotion to me, & I know, both because I know it intellectually & because Trey tells me, that I am too easy on him too much of the time (but have you seen his eyes?!).  As Robert Frost said, "The father is always a Republican toward his son, and his mother's always a Democrat."


I don't know if anyone but me & maybe his grandmothers will click through these links, but hey, it's my blog & he's my baby, so feel free to join me (or not) as I relive the history of Henry as it's been chronicled on this blog.

Guess what?! I'm pregnant. More news! It's a boy. I complain about waiting for him to make his appearance, & within a matter of hours, he's making me pay for running my mouth with some serious, serious back labor. Introducing Mr. Henry to the blogosphere, & then, a month or so down the road, relaying the story of his early morning arrival.

There never seems to be enough time to do the things you want to do, once you find them.

It's odd & a bit frustrating to look back on the years I was piddling along in life, wasting time, rarely picking up a book, never writing more than a check, & judging mothers who were covered in the dirt & grease & bodily fluids of their male offspring. I wasn't looking for you, Henry, but I'm glad we found each other. 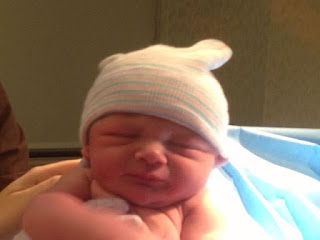 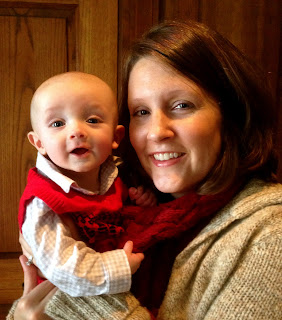 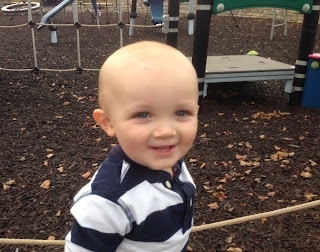 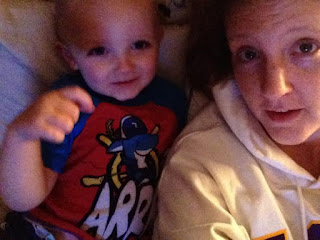