Perhaps it is better to wake up after all,
even to suffer,
than to remain a dupe to illusions all one's life.

Last week I told you I am rereading The Awakening, and that remains the case today. I have a few pages left. Something I did not anticipate has happened; I've had a few people ask me who Robert LeBrun is, I suppose because of this:


Don't worry; I am not going to abandon my kids or my marriage (or have an affair with Robert LeBrun), but I might continue to take advantage of the array of movies Netflix streams into my bedroom & neglect laundry.

So, before I leave you today, I will reveal Robert's identity to those who're unaware. I note that if you missed last week's post, you missed the unceremonious conclusion to the tale of my search for a red coat; the quote above is a link that will provide the closure you're seeking.

During the first few months of Reagan's life, Trey and I both spent a fair amount of time holding her all night long. We were living in our old house then, and the ceilings were only eight feet high. This seems totally oppressive now that we have twelve foot ceilings, but we were young and naive and in love and didn't know any different. I sat in our tiny living room with Reagan, holding her while she slept and I watched movies. This was back when we had cable, and we had it in abundance as every movie channel in the world was at my fingertips. During the months of January and February, 2011, there was a movie channel that reran Steel Magnolias over and over and over again; I watched it over and over and over again.


I am going to assume you've seen the film; if not, then reading this blog should not be atop your priority list. Based on the play by Robert Harling, the film is set in and was filmed in a small town in Louisiana, and the film is littered with references that are endearing to a Louisiana native. I went to college with a girl who was an extra in the movie (she was seated in the church when the wedding was filmed, I believe). Anyway, my point is not to wow you with my brush with fame.

I grew up watching and loving the movie, as I imagine most young ladies who share my age and my geography did. Mr. Harling wrote the play as a means by which to cope with the death of his sister, Susan, who died from diabetes-related complications in her thirties. I haven't watched the movie since Reagan's diagnosis. I am sure I will again at some point; it's too fabulous a movie to write off for good. I'm beginning to realize that whether it's a part of my regular movie rotation or not, Steel Magnolias references pop in my mind about as often as references to Frasier or the The Golden Girls do.


I am about to finish The Awakening, and every other page I realize, again, that Edna Pontellier, the protagonist, is twenty-eight years old. She's twenty-eight. Edna is twenty-eight. I first read The Awakening in high school, and let me tell you what I thought (aside from, "not much"). I thought Edna was old. I equated the "awakening" she experiences as the book unfolds with a mid-life crisis. Granted, Chopin wrote it around 1900, so I suppose twenty-eight could possibly have been a valid age at which to have a mid-life crisis; I am not sure what a woman's life expectancy was at that time.


Every time I remember Edna's age and reflect on the nearly two decades that have passed since my initial read, having read the book at sixteen, and then as a twenty-something with no kids and few responsibilities, and now as a thirty-four-year-old mother of two who functions as a pancreas, I realize the gift Chopin gave me, the gift she gave women who came after her, who sit and read her masterpiece over a hundred years after she penned it. Edna's age reminds me of something Annelle says toward the end of Steel Magnolias. Standing with M'Lynn as she hovers over her daughter's casket, Annelle, trying desperately as she always does to find the right words, says of Shelby (the Susan character), "She will always be young, she will always be beautiful."

Chopin encapsulated Edna; she preserved her for me. Edna will always be young; Edna will always be beautiful. It's quite fascinating to again approach her at this stage of my life. At sixteen, I thought Edna was old. At twenty-something, I thought she was incredibly selfish. At present, I am often sitting wide-eyed in bed, wanting to diffuse the otherwise still, quiet house with an Amen! as I read sections of the book seemingly for the first time, their significance lost on me before, the ability to empathize with Edna not something I could muster in my younger years.

Prior to this passage, which can be found in chapter XXIV, Edna's husband, Leonce, has left their home in New Orleans in order to conduct business in New York, and Edna's two young boys have left to stay with their grandmother:


Edna dined alone . . . It was so pleasant, too, to dine in a comfortable peignoir . . . Then Edna sat in the library after dinner and read Emerson until she grew sleepy. She realized that she had neglected her reading, and determined to start anew upon a course of improving studies, now that her time was completely her own to do with as she liked.  After a refreshing bath, Edna went to bed. And as she snuggled comfortably beneath the eiderdown a sense of restfulness invaded her, such as she had not known before.

You don't appreciate what it means to Edna that her time is her own to do with as she likes when you are twenty and your time is always yours to do with as you like. You can't fathom at sixteen why it is pleasant to sit and dine alone, and sit, alone, and read Emerson. Also, a peignoir is a fancy way to say nightgown. Edna dines in her sweatpants, if you will, and Edna quite enjoys it.

I wonder what I would have thought of Katniss Everdeen had I first encountered her at twelve rather than thirty. I wish I had read Pride and Prejudice when I was younger, perhaps twenty-three, the age at which an unmarried woman is declared to be an old maid by Lizzie's sisters. Edna will always be twenty-eight, and Chopin's description of her awakening will always be linguistically phenomenal. Elizabeth Bennet will always be happily married to Mr. Darcy. Gatsby will forever be trying to recapture his past with Daisy. Frederic will always love (and lose) Catherine. Katniss will always twice defy the Capitol in the Hunger Games they design to destroy her. Katniss and Peeta will always find their way back to each other; her answer will always be, "Real." And, yes, Bella will always fall hard for Edward. Shelby's colors will always be blush and bashful, and she too will always be young, always be beautiful.


I'll tell you something else. Due to the Roe anniversary last week, which was Thursday, January 22, I read a lot and thought a lot (and ranted on Facebook a lot) about these babies we kill by the thousands each year, all while we ring our hands about the woes of this nation and mutter about God blessing America. The one solace I have is that these babies will always be innocent, and they will always be in Heaven. We don't do right by them, but I am certain the God who created them does.

I suppose the older you get, the more you yearn for stability, likely because you're increasingly aware of the ephemeral nature of life. Nothing waves the passage of time in your face like children. Or your husband playing home videos on the big screen even though they make you weep. I guess that's one reason I so fully appreciate Edna; I climb in bed at night and know that, while Henry may no longer fit in his 2T onesie pajamas and Reagan suddenly looks like a six-year-old, Edna waits, unchanged, as she has been since I was sixteen and thought she was an old maid, as she has been since Chopin gave her life over a hundred years ago.
If you're looking for a way to outlive yourself, to stamp yourself on the world in some permanent way, write. I guarantee you Kate Chopin hadn't the first notion in her head that I, a married woman with two kids, would be sitting in my home in Louisiana reading about and writing about Edna Pontellier in the year 2015.

What follows is a photo montage I call Mutability. Yes, I swiped the title from Percy Shelley. 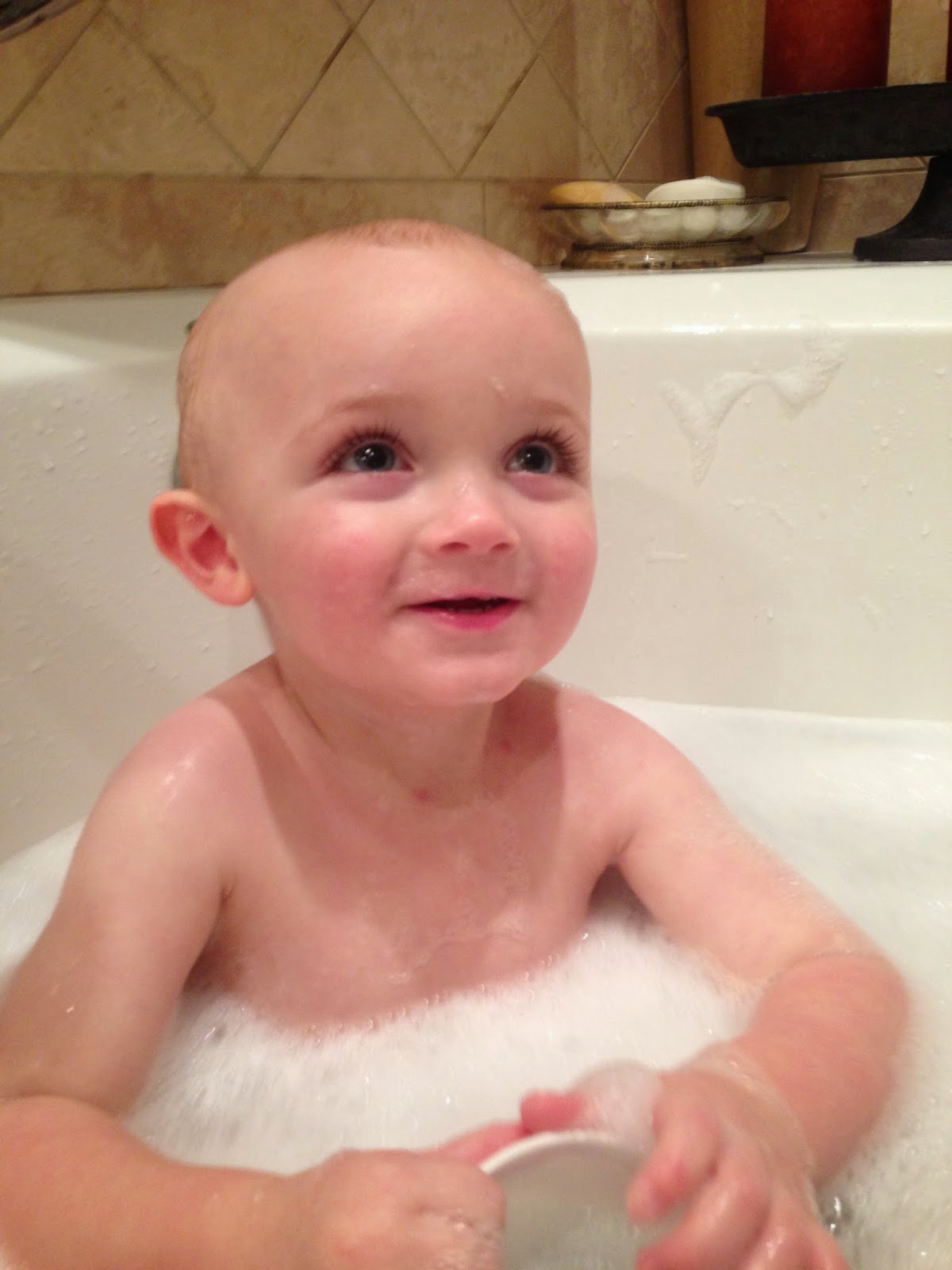 It quickly turned to this: 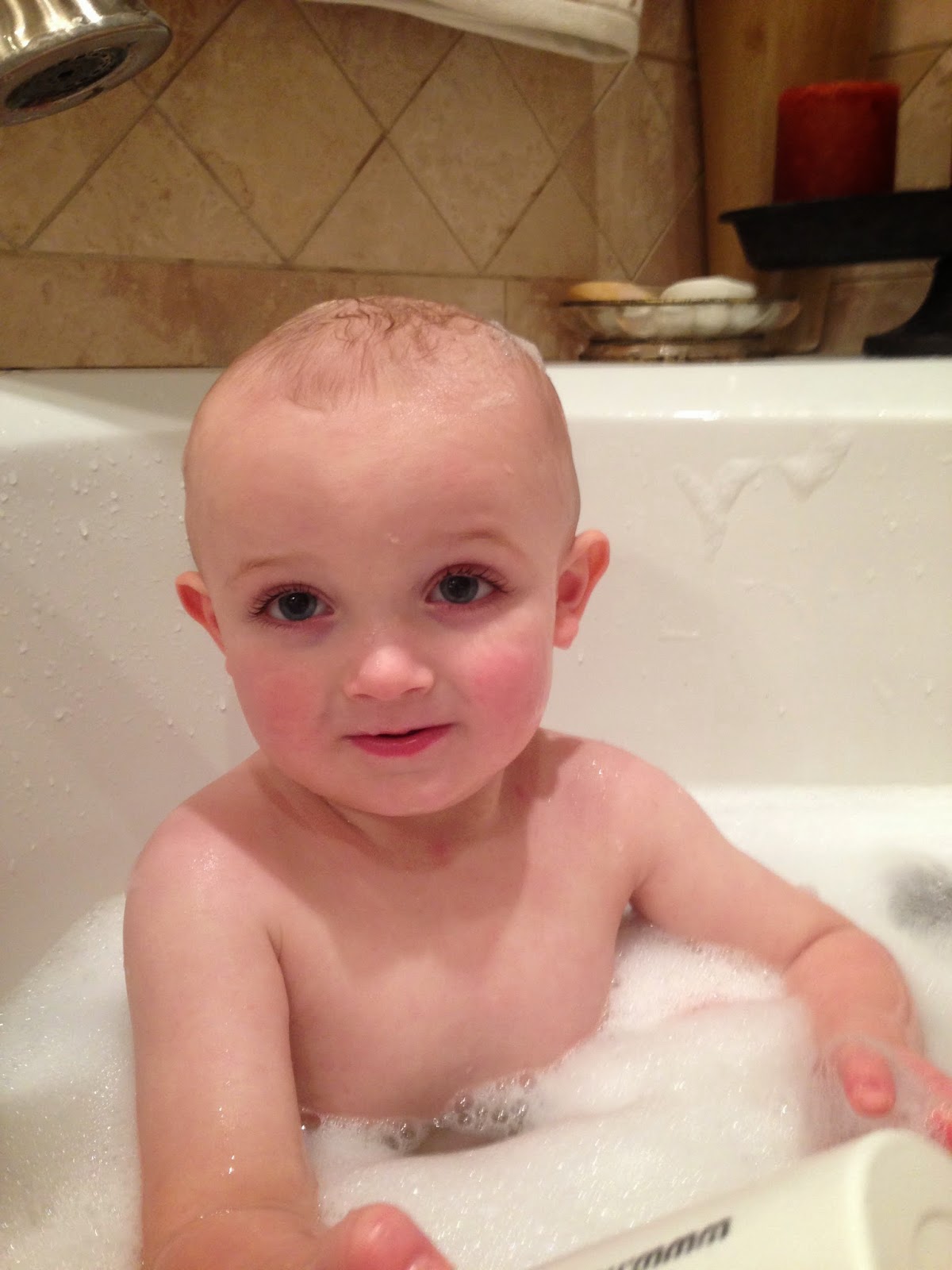 One day, they're getting their first car. 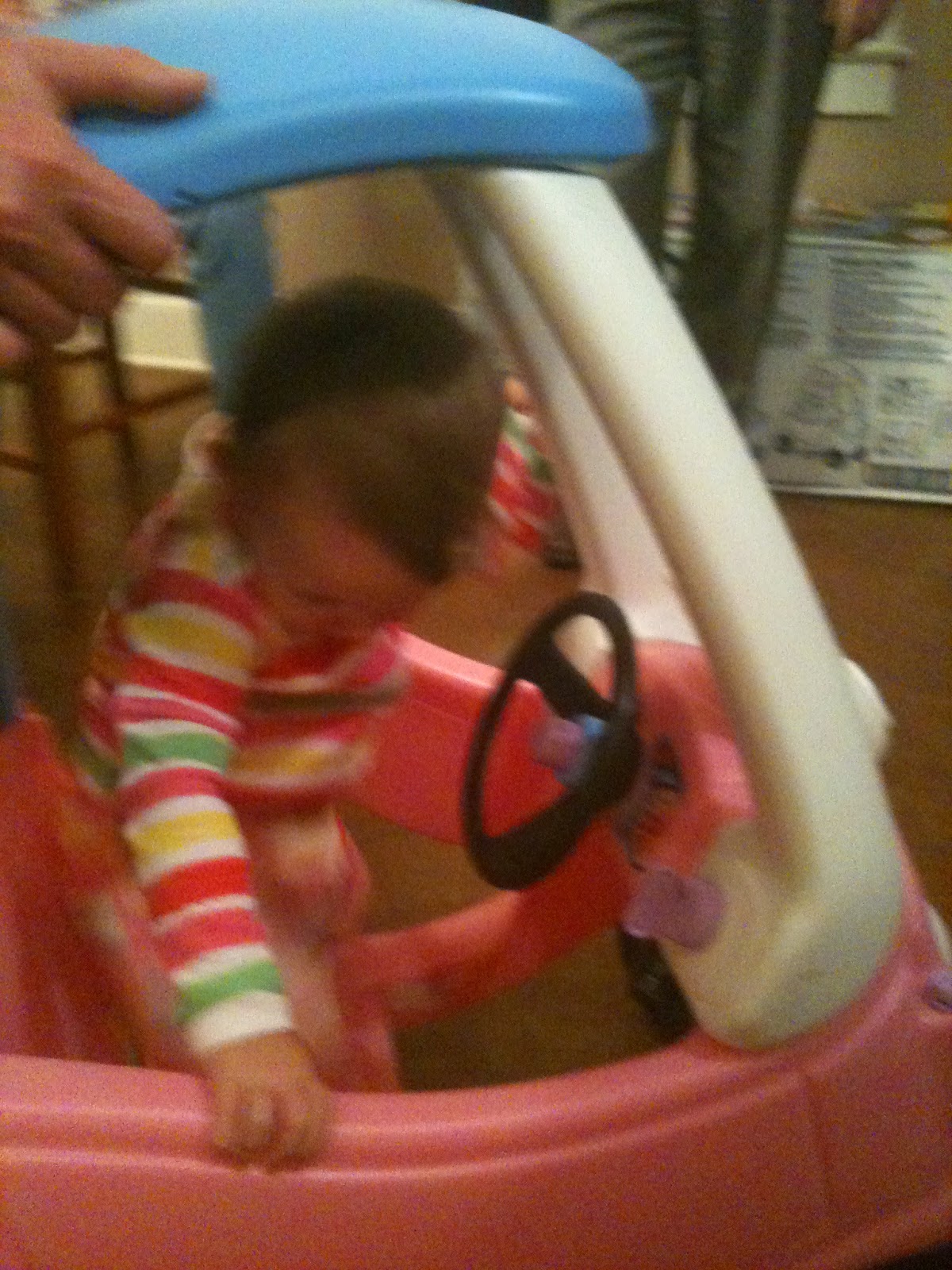 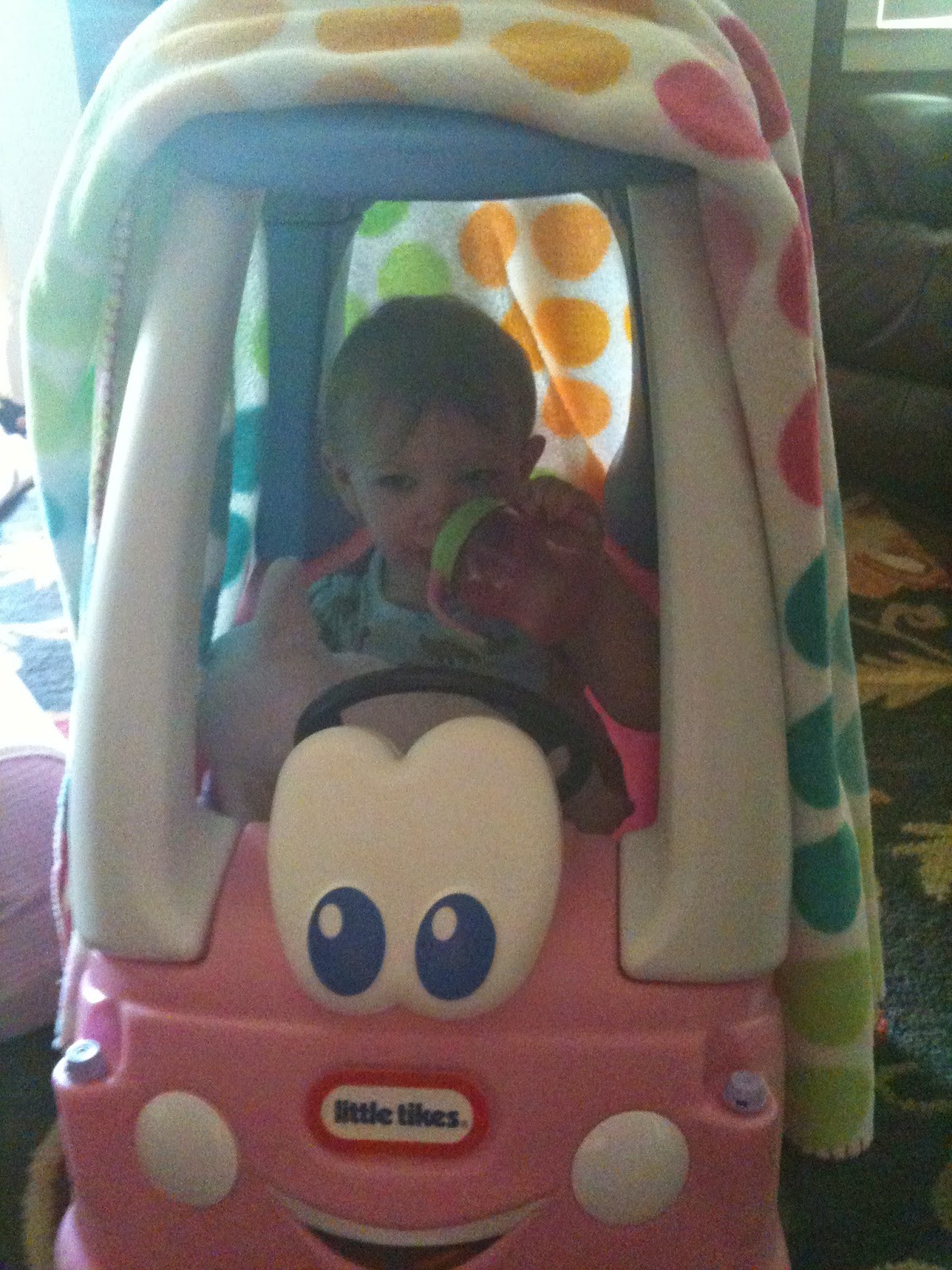 Before you know it, they're playing in your dad's 2002 Tahoe that has a tape deck and attracts cops because similar vehicles are used to run drugs . . . and you're taking their picture humming Ridin' Dirty. 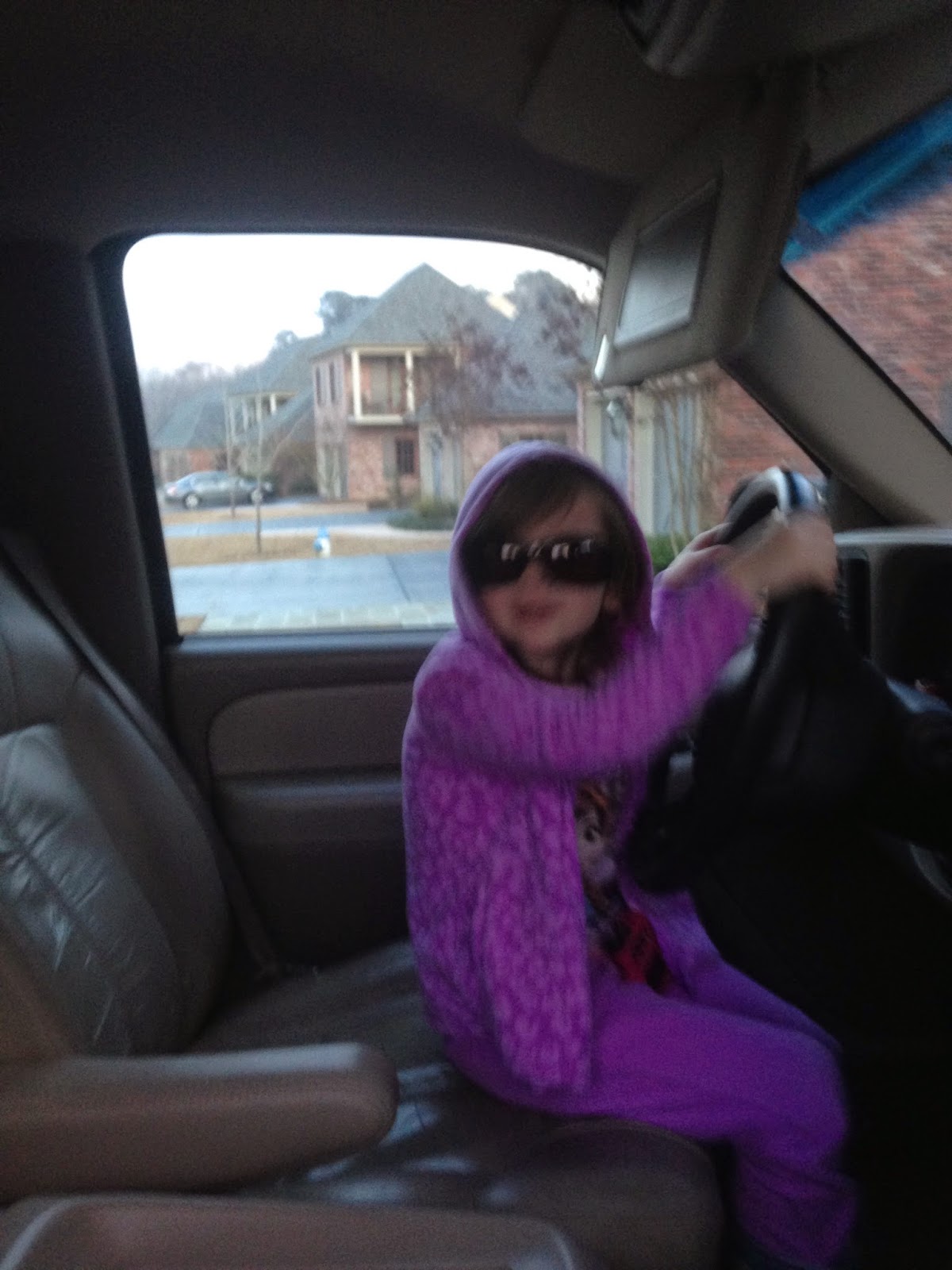 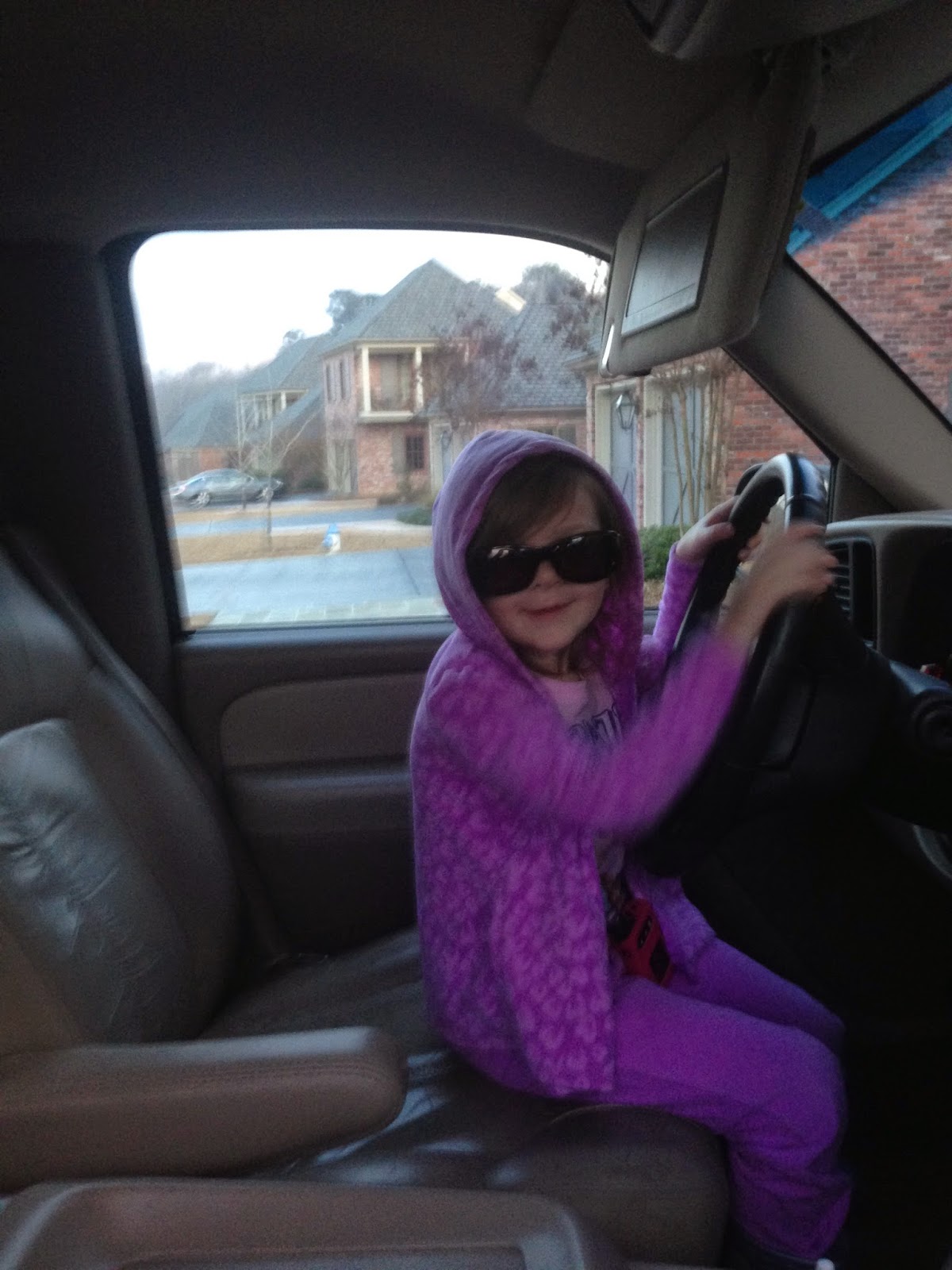 So, as promised, I'll tell you a little about Robert LeBrun. Robert is, like Edna, fictional. He's a twenty-six-year-old man Edna meets when her family vacations at the cottage homes Robert's family owns off the Louisiana coast. Robert is known for fawning over and flirting with the married women who visit his family's homes in the summer, though it isn't until he meets Edna that he forms any serious attachment to one of these women. Her relationship with Robert is a catalyst for Edna's awakening, though he disappears for a bit midway through the book and things truly get interesting at that point.

Aside from questions about Robert Lebrun (with whom I clearly won't be having an affair), someone asked me about the topic of the blog I referenced last week, specifically this one:


I sat for about an hour one night last week and began working on a blog that I well knew I might never post due to the controversial nature of the subject as well as concerns over how my opinion of it might be received.

I'll tell you this much. The blog addresses a book that, much like The Awakening upon its release over a century ago, has been steeped in controversy since its publication due to content that many find scandalous. Also, it rhymes with nifty. That's it. That's the last hint.

I don't know what's on the agenda for next week, so maybe we'll delve into grey matter, and maybe we won't. This blog is the one thing in my life I don't plan, so we'll all be surprised next week. I mean, John Boehner or Obama might make a clever move in this game of Netanyahu Chess they're playing, or an NFL scandal might erupt, or a Measles outbreak might erupt (if only we knew how to stop the spread of Measles!), or the Yemeni government might fall, and then I'd of course have to blog about those matters. Regardless of the subject, same bat time, same bat channel. See you then.