The real glory is being knocked to your knees
and then coming back.
That's real glory.
That's the essence of it. 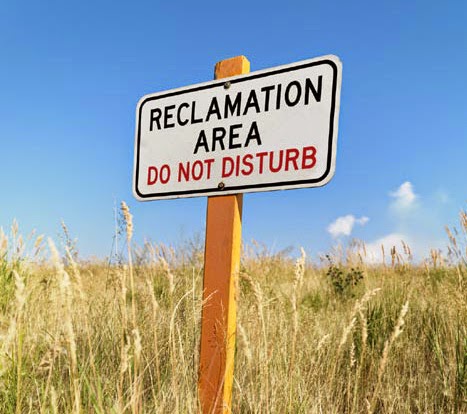 November is knocking.  It's a month teeming with promise, particularly now that the Tigers have been roused from their stupor.  Before I continue with weightier matters, I simply must say, Geaux Tigers.  It was wonderful to watch LSU reclaim a little of their dignity, but perhaps more than even that, it was unbelievably satisfying to beat an undefeated Ole Miss team.  Sabotage mode, remember?  And sabotage they did.  Yes, I realize it's somewhat difficult to reclaim your dignity while turning the ball over four times, but when your defense shows up, & you can run the ball & wear your opponent down, you don't necessarily have to score many points to secure a victory.  Yeah, we may hand you the ball, but you're not going to get very far with it.  We like to tease like that.  Now if someone would please hand Notre Dame a crushing defeat so Kirk Herbstreit can shut up about them already, that'd be great.  He's in danger of losing his dignity with his man crush on the Irish.

In further gleeful news, soon, the hour that was snatched from me in the spring will be mine again.  Mine!  I always have big plans to not change the clocks Saturday night before going to sleep, rise as usual & dress for church, & then sit & drink coffee for an hour by myself before waking anyone else.  This would truly be the best way to celebrate the return of my hour.  I've yet to make this dream a reality on fall back Sunday, but I am feeling pretty determined about it this year, so stay tuned.

Shortly after my lost hour is reclaimed, the United States Senate will be up for grabs, & there is a realistic chance that for the first time in forever since 2006, both the House & the Senate will be controlled by Republicans.  This is a list of twenty-one things that were true the last time Republicans controlled the House & the Senate.  Most interesting to me are, "Unemployment hit a low of 4.4%; it's now at 6.1%," "Nobody owned an iPhone," "Nobody had heard of Justin Bieber," & "The national debt was less than half what it is today."

There are a handful of Senate races that are on the national media's radar, but there is only one that makes me truly hot under the collar, & that is the race for the seat currently held by Mary Landrieu.  Ms. Landrieu has represented Louisiana in the Senate for far too long.  Her leftist views are not at all in line with the conservative electorate in Louisiana, though her repeated reelection can be explained by the left-leaning views of hundreds of deceased New Orleans voters.  I guess they figure they're already dead, so who cares if the rest of the country goes straight to hell?

I'll be voting for Bill Cassidy to represent Louisiana in the Senate.  I'm not going to lie; I haven't done extensive research on Mr. Cassidy.  I've been busy with my kids & college football & book club reading & haven't taken the time to read up on Bill, but I know what I need to know, & that is that Bill Cassidy is not Mary Landrieu, & it is not possible that he could trample the rights of the unborn more thoroughly than Mary has during her tenure in the Senate, & so Bill gets my vote.  Bill will also be getting Trey's vote.  Trey, as you might recall, is a registered Libertarian, but stated (somewhat emphatically) last week that he is going to vote for Cassidy because, "We simply can't reelect Landrieu."  Get it together, Louisiana.  Send Mary home . . . & by home I mean back to Louisiana, which I feel I should clarify because everybody knows she lives in D.C.  Goodness knows she wouldn't be caught dead living among her constituents.  Oh, wait.

In addition to several Senate seats, every seat in the House of Representatives will be thrown to the voters, including that of Louisiana's 5th Congressional District.  As a resident of Louisiana's 5th Congressional District, at present Republican Vance McAllister is charged with representing my interests in the House of Representatives, but I hope that changes come November 4th.  I won't rehash the reasons I'd prefer Mr. McAllister step away from politics & resume his life as a private citizen, a philandering private citizen, but you can read my thoughts on that here, if you'd like.  Mr. McAllister & a host of others are clamoring to represent my congressional district.  Clearly, I won't be voting for Mr. McAllister.  I will be voting for Zach Dasher, & I am excited about the opportunity to do so.

As is the case with Mr. Cassidy, I haven't had much time to sit around reading up on Zach, but as luck would have it, it's not necessary.  You don't need to research a candidate when you spent a few summers at church camp with him, & have watched him love & lead his family in the years since.  Here's what I know to be true about Zach Dasher: Zach loves God, Zach loves his wife & his kids, & Zach loves this country.  Perhaps slightly less important, but worth mentioning, Zach is intelligent.  Zach is fiery & argumentative, & I know because on a few occasions I've been on the receiving end of his fiery arguments.  I may've once been tempted to stop my car on the way home from college & tell him to get out & find another way back to Louisiana.  I'd love to turn to CSPAN & see him at work on the floor of the House, perhaps delivering a speech that begins, "Well, Ms. Pelosi . . . "

I am in no way affiliated with Mr. Dasher's campaign, nor have they solicited my thoughts on the congressional race.  As always, this is just me & my opinion, which I know you await with bated breath.  I wasn't going to say much about how I plan on voting in regard to the congressional race, but in the last few days I've been motivated to do so, & not only by my fervent desire to see Vance McAllister unseated.

Louisiana's 5th Congressional District will not fall out of Republican hands, but Republican hands aren't good enough for me anymore.  I am done with settling for any fool with an R after his name.  I don't want Republicans to hold the House & win the Senate; I want Zach Dasher Republicans to hold the House & win the Senate.  I would not speak so highly in a such a public way about an individual if I were not certain of his integrity & his ability to do the job he is seeking.  I want my congressional district to make national news not because our newly elected congressman is caught on film making out with a woman to whom he is not married, but because our newly elected congressman is making waves & turning heads in the House with rhetoric that echoes not Republican disappointments like John Boehner & (insert long list of disappointing Republicans here), but Republicans in the vein of Ronald Reagan, who instilled dignity not only in his political party, but in the office to which he was twice elected, & in his country.

Zach has hope for this country at a time when even optimists struggle to see a better future.  I love the idea of Zach Dasher serving the people of Louisiana in the House of Representatives because that would signal to me that there is hope for a government of the people, by the people, & for the people.  For years I've felt that while there are many wise, exceptional Americans, most of them want nothing to do with politics, & that is certainly understandable.  Zach is an exceptional person, & I have no doubt that if given a national platform, he will be a beacon of light, a positive force for those he represents, including his constituents, the Republican Party, &, most importantly to Zach, his Lord.

Last Tuesday morning, I taught my classes at Delta wearing a pair of corduroy pants I bought at Old Navy circa 2004.  As most of you well know, over the last few months I've dedicated considerable time & effort to reclaiming my thighs.  I can't tell you what slipping on & zipping up a pair of pants I bought in my early twenties, when I was single & carefree, before my two children (& my discovery of Nutella) devastated my thighs, is doing for my mood (I purposefully chose the present progressive tense is doing rather than the past tense did since I've worn the pants again since Tuesday, &, if you see me around, I might be wearing them then, too).  I am not sure this particular pair of pants is in style at present, but I don't much care.  I mean, they're corduroy, which is always a winner.

It's an incredible feeling, regaining a foothold where you'd lost considerable ground, especially when you'd lost something that's difficult to recapture, like time or your thighs or the United States Senate.  Because I so enjoy symbolism, perhaps Sunday morning I'll spend my extra hour sipping coffee in my new/old favorite pair of corduroy pants.  I want the Senate back.  I want my congressional seat back in the hands of a man I am certain will do great things not only for the state of Louisiana, but for the Republican Party, & for America.  Consider that Mississippi State currently tops the NCAAF polls; this signals to me that America is ripe for unprecedented change.  To quote the plaque that sat atop Reagan's desk for much of his tenure in the Oval Office, "It CAN Be Done."  November's theme song, if you aren't already humming it, is Celine's "It's All Coming Back To Me Now."

I'd also like to dedicate Whitney Houston's "Didn't We Almost Have It All" to the Ole Miss Rebels.

Freeze Frame!  Haha, see what I did there? If it's a truly great November, Kirk Herbstreit will soon be singing the same song to his Irish mistress, & in the background you'll be able to hear the Democrats humming Simon & Garfunkel's "Slip Slidin' Away."