A Bit of Nonfiction 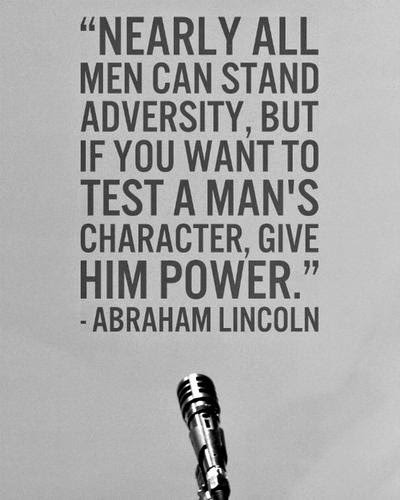 I know I said I'd see you Friday, however, I've overheard some rumblings about the content of the blog.  It may or may not have been brought to my attention that I've seemingly neglected my kids lately, assuming your definition of neglect means not cataloguing their every waking moment, complete with photos & a play-by-play of their bodily fluids.  Admittedly, I've been in my head a lot lately.  What's great about that is it means healthwise, we've experienced a reprieve these past few weeks.  No ER visits, no vomiting, relatively stable sugar readings, & minimal snot have freed me up a bit, & I've had time to retreat to my head, where I ponder important issues pertaining to fiction I read . . . & then work it all out the way I work everything out, with a trusty word processor.

I will post the final chapters of the book Friday, & then (if I've finished typing it all out), I'm going to attempt to answer questions that have been asked of me re:the book, likely Monday.  Today, however, I will mention no fiction.  I won't mention what I am currently reading for book club (but it's good!), nor will I mention what we're reading in the coming months, despite my giddiness.  You'll just have to wait, because today we deal with nonfiction.

I know some of you were sort of expecting a treatise on the many sins of Vance McAllister (or at least the one he so foolishly committed in clear view of a recording device).  If you're not a local, bring yourself up to speed here & here, although you may well be acquainted with the situation even if you live on the moon because goodness knows, Louisiana politicians, while they may do nothing else right, they can drag us all through the mud in grand, national fashion.  Hypocrisy?  In spades!  Adultery?  Of course!  Prostitutes?  It's not beneath our pay grade!  Sad-faced apologies?  You know it!

I won't pretend I've had no reaction to this firestorm.  Hiding my feelings is just not my strong suit.  I've had a few ranty moments on Facebook.  Oddly enough, what bothers me tremendously are a handful of thoughts shared on Facebook (because Facebook is, after all, the modern day Agora) that seemingly equate forgiveness with my vote, & not just my vote, my ardent political support.  Numerous scriptures have been quoted, various arrangements of the words "throw" & "stones" have been invoked, houses made of glass have been referenced, & that's all well & good.  Grace & mercy & forgiveness are wonderful; I deserve a spot in hell next to Mr. McAllister, & so do you (if you're old enough to be sitting & reading this, I am going to assume you're old enough to know you're a sinner, & this separates you from God, & you need the blood of His Son to bridge this otherwise insurmountable gap).  Hell is what we all deserve, no matter our sins, because sin is what nailed Jesus to the cross.  However, thanks to His indescribable gift, we have a way out of hell.  His free gift is not, however, a license to turn our heads & ignore sin or its consequences.

All sin separates us from God & earns us a deserved spot in hell, but while we're here on earth, all sin is not equal in terms of consequences.  We know the wages of sin is death; we're all going to die one day because we are sinners (unless we're alive when He returns).  We don't often talk about the wages of sin on earth though, while we're here awaiting His return & the gift of eternal life.  Some sins will land you in jail.  Some sins will destroy your body, your mind, or both.  Some sins will destroy your family, & no matter how genuine your repentance, or how willing the Lord is to forgive you, your family will remain shattered.  The Lord forgives, & He will welcome the genuinely repentant into Heaven one day, but that does not mean He negates the earthly consequences of our sins.  I think it is dangerous to infer, & to teach our children, that all sin is equal in terms of its earthly consequences, because that is a lie.

Here's the thing: adultery is a big deal.  I know adultery is a big deal because as much as the Lord hates divorce, He allows for divorce in cases of adultery.  He tells the wounded spouse, "You are loosed from the covenant you made before Me & other witnesses because your spouse trampled it underfoot."  I of course am paraphrasing.  This matter of adultery is something for Mr. McAllister & his wife & their children to work through, with God's help.  I pray they do, if that's his wife's desire.

I, however, am not Mr. McAllister's wife, nor am I the Lord, & so this issue, this extremely personal issue that unfortunately we see aired out in the public sphere time & time again thanks to a philandering politician, is about more than forgiveness, or not throwing stones, or refraining from being judgmental, or however you choose to phrase it.  What's strange to me is that based on comments I've read, some seem to equate a desire to see Mr. McAllister leave public office with withholding forgiveness & condemning him to eternal damnation.  Somehow suggesting he's not the best option for Louisiana's 5th Congressional District is throwing stones or being judgmental.  What?

Based largely on recent video evidence, I've decided Vance McAllister is not the individual I'd like representing me in Congress, & that's not quite the same as withholding forgiveness (it's akin to his wife forgiving him, but deciding she doesn't trust him, & the Lord & I both say she's well within her rights to arrive at that conclusion).  Mr. McAllister has displayed poor judgment & created a mess that is preventing him from doing the job he was elected to do, & that is my concern.  He's missed several votes in Congress this week because he's attempting to stop the bleeding, & in fact, "If McAllister does not turn up to vote the rest of the week, his absence could potentially complicate the GOP whip count for the 2015 budget proposal."  I care immensely about the 2015 budget (& you should too).  I don't think it is judgmental to express anger over the fact that my newly elected representative is missing important congressional votes because he's dealing with the fallout of his adulterous affair.  I also am dismayed that, once again, the state of Louisiana has made national news thanks to another cheating politician.  I think seeking reelection is a further show of poor judgment on Mr. McAllister's part, as it will revive all the rancor we're witnessing now, both publicly & in his private life, & very soon in fact, as mid-term elections loom in November.  Me personally, I don't want one single thing to distract the voters in this, or any, state from the issue that should concern us all in November, which is holding those in Congress accountable for continuing to plunge us into debt.  I don't want to read about Vance McAllister's tryst again in a few months; I want to read about viable candidates who have a vision for how to reign in debt, & maybe lower my taxes a little bit while they're at it.

I am spent.  Nonfiction is tough.  The only thought I have left as I tumble into bed is that if I'd quit eating Raisin Bran late at night, I might have a shot at regaining some semblance of my pre-Henry thighs.  Don't judge me.

And again I say, see you Friday.