Abortion and Our Daughters


Last Sunday, January 22, was the 39th anniversary of the Roe v. Wade decision, a judicial landmark in this nation in which a group of men determined that, according to the U.S. Constitution, women have the right to abort their unborn children. Many legal scholars have dutifully spent the past thirty-nine years digging through the Constitution to find such a right.

Much has been written and said about abortion since that bleak January day. Regardless of the other pressing issues of the moment, no election cycle goes by without the A word gracing the lips of those seeking to convince their constituents of their fervor for protecting the unborn or their fervor for protecting the "right" of women to abort their unborn children. It is a sad commentary that we pause in the middle of discussions about our burgeoning national debt and how to handle an insolvent social security system to chat for a few moments about our feelings regarding unborn babies, what rights, if any, they have, and at what point it is acceptable to snuff them out. We throw our hands up in frustration because no one in Washington can balance a budget, but this should not be at all surprising when these are the same individuals who greedily take the  tax dollars of millions of hard working people who are vehemently opposed to abortion and funnel the money to organizations that provide abortions. To say that their priorities are misaligned would be a gross understatement.


Ann Coulter has written extensively about liberalism as the religion of the left. In Slander, she posits that, "Liberals hate religion because politics is a religion substitute for liberals, and they can't stand the competition." She continues in Godless by explaining that for members of the church of liberalism, "Abortion is the sacrament and Roe v. Wade is Holy Writ."

Every January 22 there are marches in D.C. and other places across the nation. Some march to commemorate the millions of lives lost to abortion, and some march to voice their support for the current abortion laws. President Obama marked the 39th anniversary of Roe by reaffirming his belief that women have a "fundamental constitutional right" to abortion. He poetically stated the importance of continuing "... our efforts to ensure that our daughters have the same rights, freedoms, and opportunities as our sons to fulfill their dreams."


So, abortion is the key to dream fulfillment for women in Barack Obama's world. He heralds abortion as the great equalizer, freeing women from their biological chains and allowing them to pursue fabulous careers, enjoy leisurely travel, and do all the things those lucky boys can do. It's interesting to me that a pregnancy is treated by liberals with the same disdain that say, cancer, is. Cancer will stand in the way of your dreams, so we have to support the scientific community and find a way to stop this dream-crushing disease. And, it's a cancer that only afflicts women, so it's extra awful because it's a sexist dream crusher. Note that unlike cancer, pregnancy is 100% preventable, and we know exactly what causes it. Also unlike cancer, when most women learn they're "stricken" with pregnancy, they rejoice. For years, humans have happily had portions of their body completely removed in an effort to stop the spread of cancer, so I guess if you step into a liberal's mind for a moment, you can see why linguistically, they equate pregnancy with cancer. If it's unwanted and will inconvenience you, you cut it out. Poof! Carry on with your dreams, daughters of America.

Facebook is always interesting. It's a pictorial directory and often an editorial board containing all the photos and opinions of my friends, some who agree with me on the issue of abortion, & some who do not. 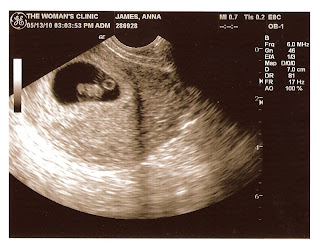 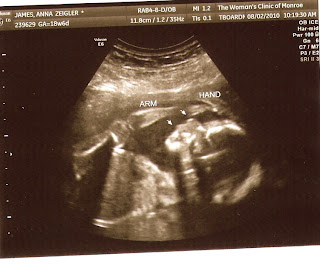 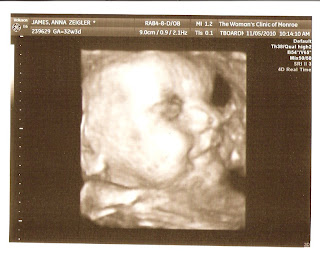 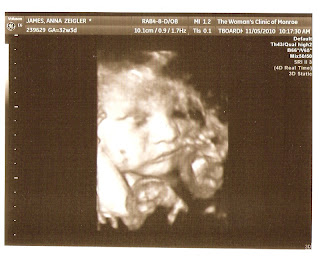 It's the latest way to announce the big news. Facebook affords everyone a peak at the new life and a chance to offer their congratulations. I've yet to see anyone post a comment asking the expectant mother how she feels about not being able to fulfill her dreams or a Bummer, huh? You won't be getting in that new swimsuit now! You know it's not really a child, it's a choice!

What saddens and frustrates me the most about abortion is that everyone knows it's a life. They know it. Thanks to technology, we now have crystal clear images of babies in the womb. I heard Reagan's heart beating at seven weeks. Expectant parents can watch their babies suck their thumb, turn flips, and grin. Ronald Reagan phrased it this way:

The real question today is not when human life begins, but what is the value of human life? The abortionist who reassembles the arms and legs of a tiny baby to make sure all its parts have been torn from its mother's body can hardly doubt whether it is a human being. The real question for him and for all of us is whether that tiny human life has a God-given right to be protected by the law - the same right we have.

It's a game of semantics. They shield themselves and their despicable actions with words like "fetus" and nonsensical garbage about "fulfilling your dreams." Again from Godless, Ann Coulter explains the linguistic games liberals play:

The Orwellian dishonesty about abortion begins with the Left's utter refusal to use the word abortion. It would be as if members of the National Rifle Association refused to use the word gun. These "pro-choicers" treat abortion the way Muslims treat Mohammed. It's so sacred, it must not be mentioned. Instead we get a slew of liberal euphemisms for baby-killing: "reproductive freedom," "a woman's right to control her own body," "terminating a pregnancy," "freedom of choice," "a woman's own private medical decision," "a procedure," "access to health care," "family planning," "our bodies, our selves," "choice." Choice is important when it comes to killing babies, but not so much when it comes to whom you hire, whom you associate with, what you think about evolution, how much gas your car consumes, how much water comes out of your bathroom shower head . . . The only other practice that was both defended and unspeakable in America like this was slavery . . .

I don't always agree with Ann Coulter. Lately she has been dismissive of Ron Paul and his supporters, which I don't care for, but her framing of the abortion issue in this nation is the best I've read.

I pray that my Reagan fulfills her dreams. I pray for leaders who value human life at all stages and who have a more optimistic message for my daughter than to insinuate that it is acceptable to abort a child whose existence is a stumbling block to fulfilling dreams.