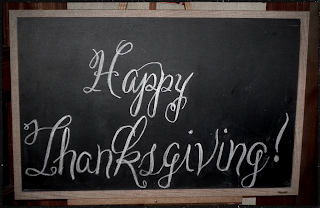 Yesterday was Reagan's first Thanksgiving.  She was joined by her parents, her four grandparents, two aunts, & three of her great grandparents for an early lunch.  It was early because Squire Creek offers an 11 o'clock & a 1 o'clock seating on Thanksgiving, & we opted for the 11 o'clock.

Reagan was far more interested in what everyone was doing than in all the food. 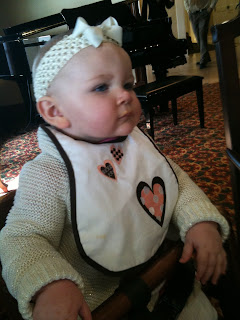 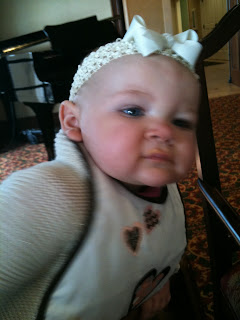 Faces around the table: 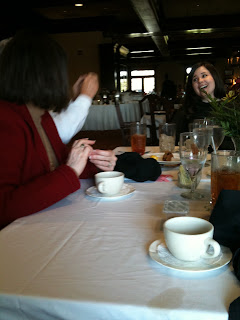 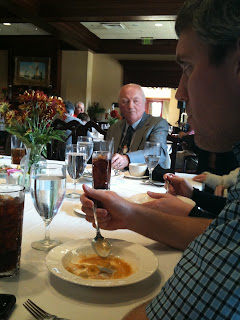 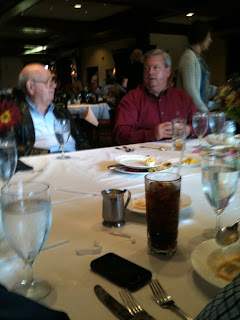 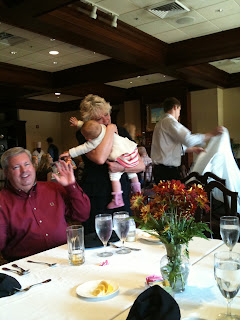 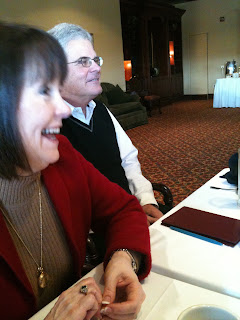 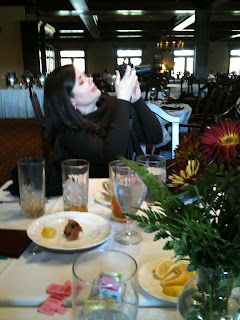 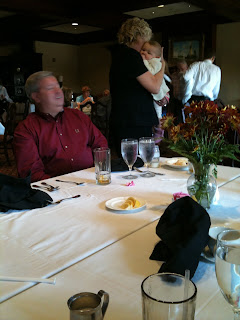 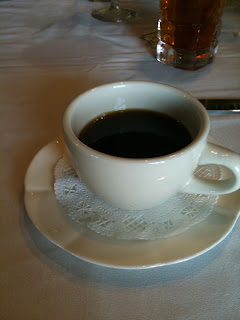 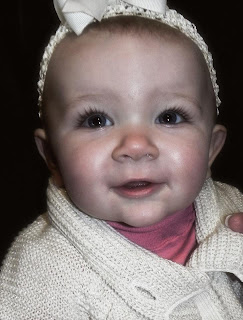 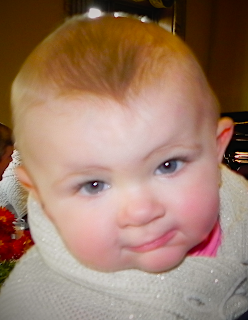 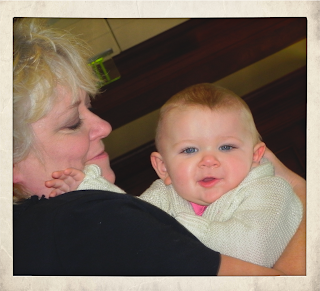 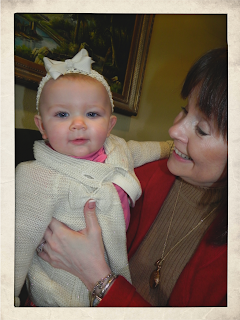 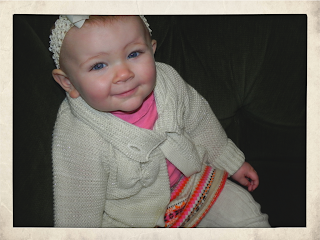 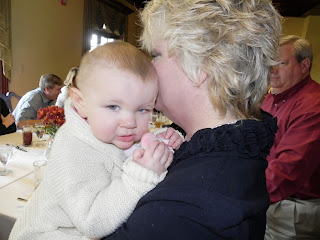 Aerial shot of her outfit: Tired, but trying to cooperate: 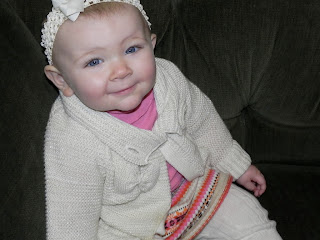 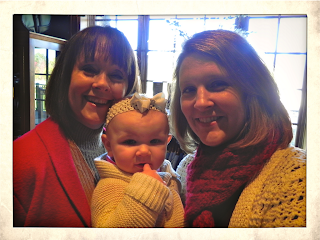 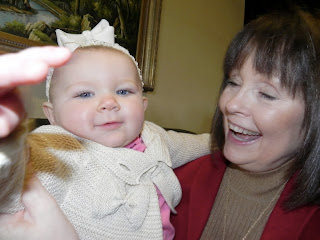 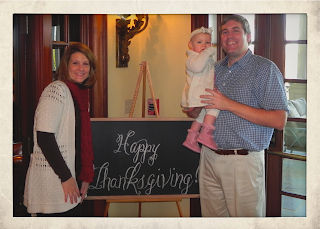 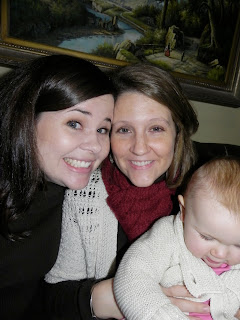 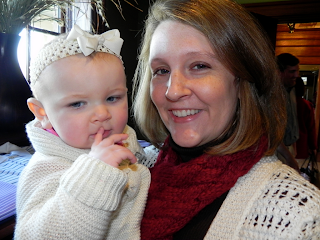 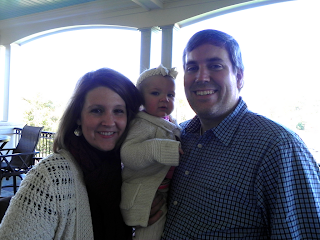 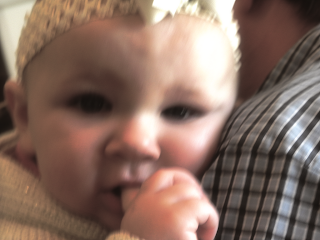 The early seating worked out well, as we were home & napping by 1.  Reagan was actually napping before we arrived home: 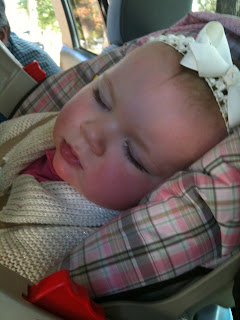 Busy planning her wedding & being a law student, Reagan's Aunt Jessica hadn't seen the latest Twilight film, so being the unselfish person I am, Thursday afternoon I accompanied her to a showing of Breaking Dawn.  Apparently, viewing this movie can literally be hazardous to your health (or, an alternate theory is that this guy concocted an elaborate scheme to ensure he doesn't have to go see Breaking Dawn, Part II next year).

Reagan has officially been indoctrinated with Thanksgiving lesson No.1: Turkey on Thursday, PIG on Friday.  Sooie baby, sooooooie!: 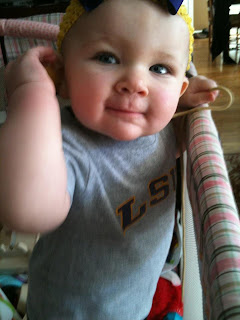 Both meals were especially delicious this year.
AZ
Posted by AZ