God is Not Dead, Nor Doth He Sleep 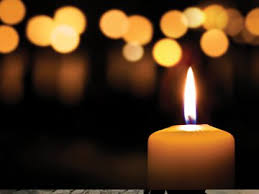 Well, it is Christmas Eve. My last blog, if you missed it, was dedicated to Reagan's recent tenth birthday. That can be found here. With Christmas looming, I have a few focused thoughts I'm going to share. This last year has been wild and, for many, incredibly hard. While many will open gifts and be surrounded by loved ones over the coming days, many will experience crippling loneliness and despair.

Perhaps at no other time of the year are so many remembering so much. It’s seemingly impossible to pull dusty boxes out of the attic and unpack Christmas decorations without revisiting Christmases past. The very essence of Christmas is an arrow pointing to the past.

My only living grandparent, he is spending his final years in an Assisted Living home. This was his decision, a decision made after spending a decade alone in the home he once shared with his wife. We visited him recently and surprised him with some Christmas carols through his open window. 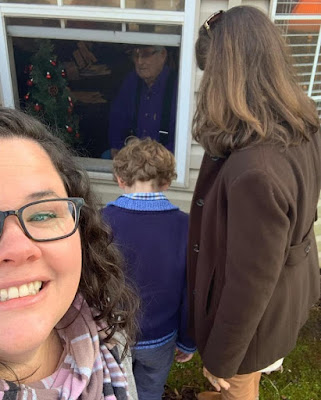 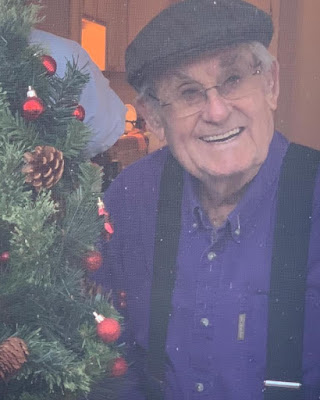 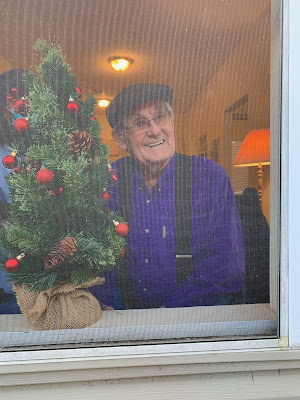 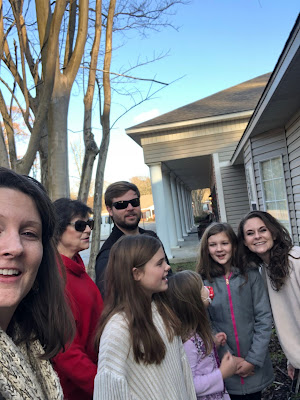 While Christmas is traditionally the time of year the world, even much of the secular world, remembers the birth of Jesus, the image of a babe in a manger is the tip of the iceberg when it comes to understanding the gravity of that event. Consider for a moment Christ’s memories, specifically His memories of equality with God, of His time as a human, and of the hours He hung on the cross.

Christ gave up equality with God to become flesh. He exchanged full equality with the God of the universe to put on mortal flesh, the same flesh in which we live and breathe, in which we sometimes rejoice, sometimes ache, sometimes weep. He chose to suffer as men suffer so that, after a cruel death on a cross, He might return to the Father and stand before Him and say, with absolute sincerity, “I understand. Be patient with your creation. They are prone to selfishness. They grow weary. They are disheartened.”

Were we worth it? Do we make Him proud, considering what He gave up, what He went through to claim us, to situate Himself as the perfect, empathetic advocate for us? We already know the answer, and His answer was and is Yes. He thought we were worth it; He loved us while we were still mired in our sins.

In Pride and Prejudice, Jane Austen offers this advice: "Think only of the past as its remembrance gives you pleasure." While I greatly esteem Ms. Austen, I don’t wholeheartedly agree with this sentiment. Certainly there is little benefit to dwelling on mistakes of the past, in wallowing in shackling guilt. However, at Christmastime, as we do every Sunday morning, Christians should reflect not only on the babe in the manger, but on the willingness of the Creator to become part of His creation, to suffer as men suffer, to die as men die, so that He might one day be fully reconciled with His most precious creation. Somewhere between Austen's sentiment about the past and the obsessiveness of Fitzgerald's Gatsby lies the balance.

The babe in the manger became the man writhing on the cross. The end of Christ’s time on earth, while not a bedtime story, not a remembrance that gives one pleasure, reminds us, His scars remind us – and remind Him – that His past is intricately, eternally tied to our future. In his novel All the Pretty Horses, Cormac McCarthy states, "Scars have the strange power to remind us that our past is real." Christ’s past is real; He came to earth, He lived, He suffered, He died, and He defeated death. Not every moment of His journey can be recalled with pleasure, but every step was necessary if we were to have any hope of escaping eternal damnation.

You may have scars that seem particularly gruesome this time of year, be they physical or emotional. It is normal to run your fingers over them, to remember how they formed, and to reflect on the ways they have changed your life. As is the case with Christ, the scars do not tell the whole story; Christ's flesh wounds were not His final chapter, and your wounds do not have to be your concluding, definitive chapter.

I pray this finds you in the middle of a joyous Christmas season, but I recognize that heartache takes no holiday. This year has been a year of heartache for many. We can still rejoice knowing that our story is a part of the Christmas story. The Lord God sent His Son to earth to be born of a virgin so that one day  we might live forever with Him; if nothing else brings you joy this Christmas season, wrap yourself in that truth.

I will close with my favorite lines from Longfellow's poem "I Heard the Bells on Christmas Day." Longfellow was emerging from years of incredible personal turmoil when he wrote this poem; America was fighting her Civil War. You can read more about the circumstances in which Longfellow found himself on Christmas Day of 1864 when he composed this poem here.

He concludes it this way: