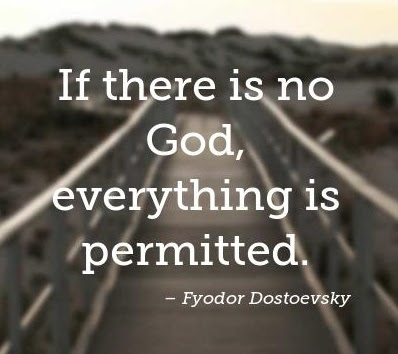 Earlier this week I foolishly made a public comment regarding Beth Moore & John MacArthur. Silly me. First, I don't fall perfectly in line theologically with either of these individuals. I am not spending much more of my time defending MacArthur. I think he's a good man. I think he's remained relatively silent regarding Beth Moore in recent years, & goodness knows she's given the man plenty of reasons to speak out. He was asked point blank about her in a public forum, & he said she should, "Go home."

Everyone has an opinion on what MacArthur said. People are analyzing the motives of audience members who chuckled at MacArthur's comment. It's getting a little silly. Maybe he shouldn't have said it. Maybe he should have taken out an editorial in the New York Times & carefully explained his issues with Ms. Moore instead of responding to the moderator who asked him to give his brief reaction to "Beth Moore." Maybe the moderator shouldn't have asked. The issues surrounding Beth Moore remain; the criticism of MacArthur is a distraction. Feel free to hold a grudge against MacArthur until your dying day; what he said doesn't change the issues I & many others have with Ms. Moore.

Per your requests, click here to read my previous blog on Ms. Moore.


The Beth Moore issue is a two-pronged issue. First is the question of women teaching & preaching grown men. Where do you stand on that? Where does the SBC (that's Southern Baptist Convention) stand on that? There are countless videos online of Moore clearly standing in front of mixed-gender audiences, so regardless of what she says on the matter it is obvious she's absolutely fine with teaching grown men. This in & of itself is disqualifying, even if what she's teaching is Biblically sound, which leads to issue No. 2.

I'm linking you to three different pieces you're welcome to read or ignore. A handful of people have asked me to point them to things I've read regarding Ms. Moore, so here you go. These all address the issue of female preachers & teachers in varying degrees, & there is obviously some commentary specifically addressing Ms. Moore & her teachings.

First, from Josh Buice, from May of this year: Why the SBC Should Say "No More" to Beth Moore

The Russian journalist and philosopher Fyodor Dostoevsky made the famous statement, “If there is no God, then everything is permissible.” This is true, but the problem with this line of thinking is that there is a God and he has established boundaries and hierarchies, and this goes for both the culture, home, and his church. To tamper with God’s design is to go to war with God himself.

Second, from the same author, Josh Buice, from May of 2016: Why Your Pastor Should Say "No More" to Beth Moore


Finally: Divine Order in a Chaotic Age: On Women Preaching by Owen Strachan


This looks at the importance of order to God, order in the home, in the church, in the world itself.

For a woman to teach and preach to adult men is to defy God’s Word and God’s design. Elders must not allow such a sinful practice; to do so is to bring the church body into disobedience against God.


Read as much or as little of what I've linked as you please. Think what you will of MacArthur & Beth Moore. I doubt I've ever changed many minds with this blog other than to maybe sway you to read a book or two, but since I again sounded off regarding Ms. Moore & since several of you have asked, I hope this provides a little more insight into why & how I've reached my conclusions regarding her. I did not wake up one morning & decide I didn't like her. I've read some of her books. I've watched her defy the pleadings of church leaders to return to the scripture & read & reread Paul's words concerning women teaching adult men. I've watched her on Twitter, & that has been eye-opening.  Her behavior on Twitter is sometimes quite concerning. She often seems not to have the temperament/discernment of a longtime self-described Bible teacher. Her cattiness & rashness are unbecoming. I think she's a poor example for women & for Christians. Aren't we all at times, you ask. Yes, yes we are, but we don't all have millions of eyes on us. Because she has made herself a public figure & because she constantly seeks the spotlight, her public behavior matters a great deal.

There are countless public figures I find irksome for a variety of reasons. I usually don't devote blogs or even much thought to them. I am deeply troubled by Ms. Moore for a variety of reasons, one of which is she is causing tremendous division & strife in this nation's largest evangelical denomination, & at the root of it all is her insistence on standing in front of men & teaching the Bible, something that is clearly unscriptural.

Her ego blinds her to what is plainly written in the scriptures with which she claims she spends copious amounts of time. As I discuss in my first blog, linked above, she has recently taken to accusing anyone who opposes her of being a misogynist, a disingenuous dismissal of men (& many honest, God-fearing women) who sincerely believe a woman ought not stand before men & preach & teach. She has adopted the language of social justice & paints herself as a victim when there's so much as a whiff of criticism of her. Her behavior is incredibly unbecoming, & with every day that passes & every new tweet she pens in which she passive aggressively addresses her detractors while bathing herself in martyrdom she is setting a terrible example for the many women who remain hopelessly devoted to her.

When MacArthur said she needs to "Go home," what his sentiment carries, to me, is that she needs to put down the microphone & do some honest soul searching. In the last year it was made public that Ms. Moore removed a section of a book she wrote years ago, a section addressing homosexuality as a sin. She only addressed the changes to the book when she was pressed to do so. She balked at the idea of having to publicly answer questions regarding her views on homosexuality; she is, mind you, a Bible teacher who makes very public statements on her Twitter page day after day on all manner subjects ranging from the Houston Astros to the #metoo movement to our nation's immigration policies, but she was livid when she was asked to address her views on homosexuality. She is marching down a path so many evangelical celebrities have walked. She is guided more by Beth's desires than the Lord's. MacArthur knows this even if he didn't elucidate it eloquently in that momentary exchange.

Guard your hearts, ladies. Read the scriptures & assume everything else is suspect. Above all, remember that there is no room in the church for celebrities who draw more attention to themselves than Christ. I recently told someone one of the reasons I read C.S. Lewis, aside from his unparalleled way with words, is that he was a humble man, a humble Christian, & when I read his work I see Christ, not C.S. Lewis. When I see & hear Beth, I see & hear Beth.

To quote Mr. Buice from the first piece linked above, To tamper with God’s design is to go to war with God himself. I believe Ms. Moore is tampering with God's design, is at odd's with His desires, & is leading a host of people down a dangerous path. I haven't written much lately be it about books or football or politics, & ultimately those are all distractions. Frankly there are several things I'd rather be reading right at this moment as I type, but I do believe Ms. Moore's actions & teachings will have eternal consequences, & people have asked me honest questions regarding my concerns with her, so here you go.

I suppose that's about all I have to say on that for now. If you'd like me to come speak at your Ladies' Day event on the Dangers of Beth Moore, shoot me an email. Oh, I am kidding.