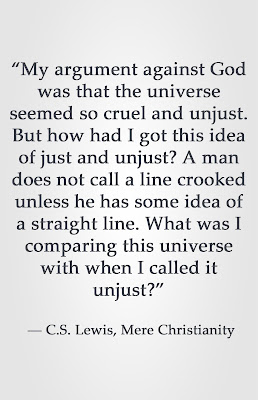 Last week's thoughts can be found - - - > here if you missed them. If I recall correctly I shared my progress with Outlander (which I've now read in its entirety) as well as a few thoughts about me turning forty, which will happen in about fourteen months. I have decided to dedicate my forties to reading & watching the Outlander series in all its lengthy, detailed, wordy glory because what better way to get excited about turning forty. Obviously I'm getting a jump start on reaching my goal, having read the first book before my thirty-ninth birthday.

Today's blog will not be a back-to-school special filled with platitudes about everyone embracing this fresh new start & having a great academic year. While many local children are returning to school this week, my kids & I return next week. This week is our last summer hurrah. I'm going to spend this week fulfilling school supply lists online & watching a great many hours of Outlander, Season 1 via Netflix; after reading a book that long I deserve sixteen hours of Netflix.

I have just a few thoughts to share today, thoughts inspired by the Apostle Paul, Jeffrey Epstein's life & death, &, yes, events in Outlander. That's quite the mixed bag, I know, but stay with me.

This past Friday night & Saturday VBS was held at our church. This year's focus was on Paul's missionary journeys, & so now you more thoroughly understand why I spent most of Saturday shuffling thoughts of Paul's time on earth, thoughts of Epstein's death, & thoughts of Outlander.

After my shower Saturday morning I fixed a cup of coffee & sat down to catch up on the news, by which I mean scroll through Twitter. Twitter was saturated with news of (& conspiracy theories about) Jeffrey Epstein's apparent suicide. It has come to my attention that there are a surprising number of folks who did not & perhaps still do not recognize the name Jeffrey Epstein. This links to an article titled, "Who is Jeffrey Epstein & What Did He Do?" You can obviously google him & find no shortage of information should you choose to do so. Epstein was a wealthy man who used his wealth & power in despicable ways. Epstein & the many politicians & other power brokers involved in his web of sin would have made fine Roman citizens back in the day; they would have blended well.

In the middle of VBS & Outlander & the Epstein news I thought a lot about justice. It's a word I often use when explaining abstract words to students, as opposed of course to concrete words like chair, pencil, etc. Abstract words are harder for young children to learn & begin using in their own speech because they have no physical referent. Often in English 101 students are asked to write a Definition Essay, which is an essay in which you define a word. Often Definition Essays will address words like love, justice, freedom, & respect.


As I sat among the kids at church & watched a skit depicting Paul in prison my turmoil over Epstein grew. There was a little knot in my stomach, a little ache for Epstein's many victims who were thinking & hoping they might finally face him in court.

As I read page after page (after page) of Outlander over the weekend, my thoughts would again at times turn to Epstein. Both Paul's life as chronicled in the New Testament as well as Outlander are reminders that men horribly mar the concept of justice at times. P(S)aul killed Christians & thought his actions were just; he was doing God's bidding. Paul, having come to the know the Lord, was later imprisoned & beaten on numerous occasions as Rome sought to defend the honor of her Emperor against the spread of Christianity. The male lead in Outlander, Jamie Fraser, is a Scottish young man accused of killing a redcoat. He didn't kill the man, but he is constantly on the run evading punishment for this crime, & at times he suffers unimaginable horrors at the hands of the British.

And yes, I know Jamie is fictional. I know. However, even fiction can remind us of men's tendency to be absolutely horrible to one another, to punish innocent men either knowingly out of cruelty or unknowingly due to honest errors & mistakes.

Roiling by the time Saturday night finally rolled around, I got in bed & went in search of this C.S. Lewis quote:

“My argument against God was that the universe seemed so cruel and unjust. But how had I got this idea of just and unjust? A man does not call a line crooked unless he has some idea of a straight line. What was I comparing this universe with when I called it unjust?”

Cruel & unjust. All day Saturday I knew there was a C.S. Lewis quote about men's tendencies to be cruel & unjust, & indeed there is. Lewis penned this in Mere Christianity to explain, in that exquisite way of his, his journey from atheism to God.

We are not wrong to implement a system of justice here on earth in our towns, our states, our various levels of government. In fact, our desire to pursue justice is another arrow pointing to our Maker; He demands justice also. Our desire for justice is yet another part of us that mirrors Him; we are made in His image. God is loving & merciful, yes, but He is also just. If you ever forget that He demands justice just think on the cross. Justice is so important to God that He sent His Son to die on a cross.

There must be a sacrifice for sin. In fact, the cross represents the apex of God's love and His demand for justice; the two collided at the cross.

I think the Lord may often look at our attempts to bring men to justice & smile an understanding smile in the way a parent looks on as their child attempts to build a house out of blocks that are misaligned & unsteady. I think Epstein likely did commit suicide, but however he died, whether at someone's hand or his own hand, the government's failure to prevent his death represents yet another glaring failure of our inept government & their often flawed attempts to pursue justice.

Epstein's death is a reminder that countless men, many of them who have committed vile, unspeakable acts, will not be brought to justice by men. His death is also a reminder that there is a Higher authority, another judge, & it is impossible to avoid your court date with Him. There is some solace in that.

The world looks at a man like Epstein & knows he is evil; this is true even of unbelievers. But why? Why is he evil? Why do we know he is evil? How do we know he is a crooked line? Because God is good, of course. Because we see God's goodness reflected in others. Because God is a straight line. We wouldn't know we were in darkness had we never been exposed to light. The world is cruel & unjust, as Lewis knew, but, as Lewis finally admitted, we know the world is cruel & unjust because God is kind & loving, & God is just.

I hope my attempt to grapple with the failures of Jeffrey Epstein & the federal government has made some sense. I pray your week is off to a good start. Say a prayer for the many victims of Jeffrey Epstein. Stay hydrated in this insane heat, & resolve to be a straight line in a world replete with crooked lines.