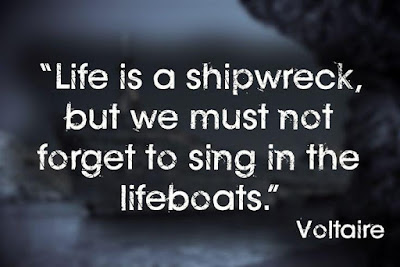 I don't know that it's accurate to say I am in a dark place. I almost began with, I am in a dark place. I suppose it's more accurate to say I am having a lot of chats with myself & attempting to redirect my thoughts away from the shadows in which they want to reside. I am not going to drone on for several paragraphs about all of the sadness in the world. Unless you live under a rock, you're likely aware of the myriad of ways Satan rears his head. What I am going to tell you about is my recent journey toward fully identifying with the Romantic poets (& now you're thinking you'd rather hear about the sadness in the world).

Last year & again this year a large part of my job was/is to teach British Literature to high school seniors. This is both terrible & wonderful. Here's the thing about British Literature: When the Roman Empire fell & Roman soldiers left Britain, Britain needed a few hundred years to get her act together. They had no national identity. They argued over a common language, over religion, & over a variety of other matters. They were vulnerable to outside invasions, they were vulnerable to plagues & diseases, & thus for many years writing poems & interesting fiction was at the bottom of their priority list. It's hard to churn out quality literature when you're watching over your shoulder for invaders, there's no national language, & you only live to be about thirty.

The English language was constantly undergoing changes, so much so that you can't just sit down with Beowulf today & read it if it's not a translated version. I just don't love Beowulf. I never have, & I probably never will.  The Canterbury Tales has grown on me a little bit, but I am not an actress, & so my lack of love for these works is likely absolutely evident to students. I am okay with that.

Wading through early British Literature can be a slog for me, but oh, the payoff is always glorious. The payoff comes circa December. The final Tudor monarch, Elizabeth I, is on the throne, & Shakespeare marches boldly onto the British Literature scene. We read Hamlet, & we watch Kenneth Branagh's Hamlet, & it is all so wonderful. I don't know to what extent you can judge a nation by the literature it produces or to what extent a playwright can be considered historically significant, but it is hard to overstate the impact Shakespeare & his work had on Britain, both as a nation searching for her identity & her voice. Shakespeare swooped in, churned out exceptional play after exceptional play, wrote a few sonnets on the side, & simultaneously altered & solidified the English language with his work. Because the language was so transitory, he freely played with it, & we are all better for his contributions both to language & to literature.

Shakespeare is, for me, the dividing line. Most of what comes before him is blah; most of what comes after him is exceptional, truly some of the greatest literature written in the English language (perhaps in any language). Please understand that I am always, always tired when I am at school. Given the time at which I must rise in order to get us all dressed & in the car with all our books, bags, lunches, etc., it is an impossibility that I'll ever arrive at school refreshed & eager to stand & teach. With that in mind, I always find a little energy to discuss the notes on the Romantic poets & the notes on Miss Jane Austen. This is where we've been camped out the last few weeks, & the timing has been quite fortuitous. Never before in my life have I so thoroughly identified with the Romantic poets.


You can't read & appreciate Romantic literature (particularly the poetry) without understanding the world in which the Romantic writers lived. The Romantic Period is dated 1789-1832. It's a few short years, but the world changed a lot during those years; it changed politically, literarily, & technologically.

The trifecta of the American Revolution, the French Revolution, & the Industrial Revolution was one revolution too many for the Romantic writers. They were tired of the appeals to reason by Enlightenment thinkers like Voltaire & John Locke. Sure, Voltaire & Locke were geniuses & their writings spawned two necessary political revolutions, but the Romantic writers looked around them at the carnage of two political revolutions, at the suddenly smoke-filled cities, their skylines dotted with factories, & they said, We are so over this. It's too much. We're going to sit in a field & write.

In class I usually briefly discuss the writings of Locke & Voltaire & explain what is meant by an Age of Reason. Locke & Voltaire's writings focus on the external man, on how best to organize & operate society. Their social, political, & philosophical commentaries are excellent & should still be read today. Then I ask students what the opposite of reason is. Sometimes I get an emotion from someone in the crowd. Occasionally  I have a fun student in the crowd who wants to argue about the accuracy of my assertion that emotion is the opposite of reason; this is why I drink a lot of coffee.

The swing of the pendulum from Locke & Voltaire & their focus on logic & reason to William Wordsworth & Lord Byron & the Shelleys & the other Romantic writers & their introspective focus on emotion perfectly exemplifies the need humans have to both pay attention to the news, to the world around them, & feel they can somehow participate & improve things verses the need we have to withdraw, to seek solace in nature, to ignore the news, to ignore the tragedies, to read fiction in order to hang on to our sanity.

Here's what I am working through in my head lately, literally as I type. I have a strong drive to be a Locke or a Voltaire, to consume news like it is oxygen, to form & share thoughts & opinions, etc. A friend from college once told me she enjoys my, "political writing." This was quite a few years back; I'd written something about abortion that she'd read aloud to her father.

There is nothing wrong with paying attention to the news. I think most people pay too little attention to what's happening around them - - in the world, in their country, in their state, in their city, in their child's school, in their own home. Most of the people you see in public with their face buried in their phone are unlikely to be reading news. We all pay attention to our special interests, whether it's a sports team, a crafting hobby, a soap opera or other television show we never miss, & we have no idea who represents us in Congress or what the national debt is. Apathy & ignorance abound while elected officials spend us into oblivion & shackle us with new & ridiculous laws & restrictions. They do so with impunity not because we agree with their decisions, but because most people don't pay enough attention. Anyway, this concludes the Locke/Voltaire portion of this post.

The point at which I was attempting to arrive some two paragraphs ago is that the older I get, & the more complicated life gets what with kids who have homework & extracurricular activities (& diabetes), the more I need to withdraw, to supplement my news habit with fiction or exercise or closet-cleaning or something else that would make the Romantic poets proud.

Maybe it is because my life is busier, or maybe it is because the news is becoming increasingly horrific, or some combination of the two, but I cannot consume news at the rate I used to without suffering ill effects. I am not always crazy about the person I become when I slip into Voltaire mode. I am in general calmer & happier when I bury my head in the sand & find my inner Romantic poet. Yes, it's important to pay attention to the world around you, to try & educate yourself & others about important issues, but . . . it is equally as important to lose yourself in fiction . . . or to briefly become obsessed with Olympic ice dancing. Sometimes when you lose yourself in fiction (or ice dancing), you find yourself again.

I think the Romantic writers, thought they may've been irritated with Voltaire's treatises on politics & the nature of man, would have appreciated the quote above.

Life is a shipwreck, but we must not forget to sing in the lifeboats.


The Romantic writers would have heartily agreed that life is a shipwreck. They witnessed constant & often jarring change (hence Percy Shelley's lovely "Mutability"). In addition to the school shooting in Florida, the repercussions of which continue to shake our nation in disheartening ways, tomorrow I will face teenagers who are all too aware of a local teen who was shot & killed this past Friday. I don't know firsthand details of the incident so I won't say more than it is obviously a tragedy, one with which areawide students are having to grapple.

My tendency in times like this is to read all the news, all the time. I suggest to my students, & to others who find themselves weighed down by the constant barrage of tragedy, that you owe no one your heartache. You are not obligated to throw yourself in a pit of despair. Pray for those involved, certainly, but find yourself a lifeboat & hunker down. Read something, or become obsessed with watching ice dancing, or go sit outside & write poetry. Whatever you do, distance yourself from the shipwreck. That may mean putting your phone down & refusing to lose yourself in a sea of social media posts. It may mean walking away from a discussion, whether online or in person, that in no way honors the deceased, but rather fuels outrage or gossip or both. Like I said, I don't know the details of Friday's tragedy, but I have seen enough on my social media to know it is dominating the thoughts of many local teens. My advice to the teens I know is to pray for those directly impacted & protect your own mental & emotional health.

I have book club tomorrow night. I am excited. We'll be discussing Cancel the Wedding, which, if you recall, I love a lot. I have some theories about why I love it a lot, but I won't divulge those now because my mom is still reading the book, & I am unsure if there are any last-minute book club readers who're trying to finish it before tomorrow night.

Book club is one of my favorite lifeboats. I look forward to discussing Cancel the Wedding & then heading home to lose myself in March's book. For the foreseeable future, my plan is to channel my inner Romantic writer, which is not to say I am going to whine about technology & political revolutions & write poetry about clouds, but I will be actively seeking books, ice dancing couples, & various other interests into which I can throw myself, ignorant of Rome burning around me. I encourage you to do the same. If you need me to, I can recommend a few books that make for excellent escapes from reality. To quote my favorite radio host, "Goodnight Seattle, and good mental health."