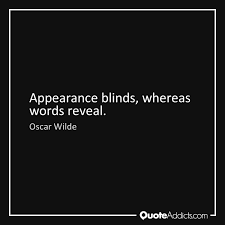 Honesty often evokes a visceral response. Last week I shared perhaps the most honest blog I've written in a long time. I know from the neat-o data blogger provides that many of you read it. In fact, there's been an uptick in readers for about a month now, and I don't know exactly why. I don't think I've changed (if anything I've become increasingly whiny). There continues to be no unifying blog theme that would draw in & sustain a consistent readership. All of the advice to bloggers I've ever read (which I read rarely & halfheartedly) includes the suggestion to isolate who your target audience is & gear your blogs to that group. For example, there are blogs geared toward moms of young children, blogs for teachers, blogs for people living with or caring for those with diabetes, etc. There are book blogs maintained by people who use their blog to review & promote books. The Internet is littered with the carcasses of blogs begun in earnest that have been abandoned.

I can't imagine writing a weekly or biweekly blog on the same topic. I don't think I have that much to say on any one topic. Were I to write a list of suggestions for bloggers, it would be short & include the following:

(1) You, the writer, should be your target audience. If you're not genuinely interested in what you're writing about, no one else will care either.

(2) If writing doesn't relax you, if it doesn't help you sort through your otherwise jumbled emotions, if you don't sometimes crave the feeling of the keys beneath your fingers, you probably will blog for about a month, tops.

I've thought about the pros & cons of honest blogging this past week because I, in an emotional state, prostrated myself before you a week ago. Some people recoil from honesty, & that's understandable. It was a TMI (that's too much information, y'all) post for some. I understand that. I received a handful of heartfelt messages on Facebook & via text that I truly appreciate. Thank you.

In terms of an update, here you go: I did leave town Friday. I spent Friday night in Baton Rouge, & I was awake for almost every moment of the night. It's been a few years since I was in Baton Rouge, & sadly the areas I used to happily frequent all by myself have taken a turn for the worse it would seem.  I stayed in a nice hotel, I suppose, but there were some questionable folks sharing the floor with me. I didn't sleep much Friday night. I graded essays from around three in the morning until around five in the morning. I ate some breakfast. I watched a little GameDay. I decided I was too exhausted to do any shopping or grade any more essays, & so I checked out & drove back home Saturday. Had I stayed, I probably wouldn't have slept well Saturday night, & then I'd have had to drag myself home Sunday on two nights of poor sleep with ungraded essays continuing to haunt me.

The trip wasn't a total waste. The drive down itself did me some good. I love driving by myself. My bladder & my music tastes dictate the trip; it's invigorating. I had coffee Friday night with a few familiar faces. On the drive home I listened to LSU hold off Florida, a completely unexpected weekend perk.

Rather than lamenting about the untimely demise of my planned weekend of rest, the only point I wish to make tonight (as ungraded essays languish) is this: when it comes to people, what you see outwardly is often deceptive, & furthermore, most of us prefer the deception. Most of us ask how others are doing, & if we're not met with the perfunctory, "Good," or, "Fine," we're perturbed. We have problems of our own & full schedules, after all, & we don't have twenty minutes to listen to someone drone on about what's stressing them out or their crippling emotional baggage. There is an implied Ask but don't tell policy among Christians—among the polite people of the world—when it comes to what plagues us. We've all worn a fake smile when we wanted to cry, or curse, or scream, or throw things. Or all of the above.

I am not suggesting you begin sharing your life story with anyone who asks how you're doing. The truth is that only a fraction of those who ask truly want to know anyway. As always, I again push writing as an exceptional outlet. You don't have to share your thoughts publicly. You can write for yourself, or maybe write a letter to the spouse or parent or child or friend with whom you're desperate to communicate. Try it. Mr. Wilde is right: words reveal.

So what does visceral mean? It's a good word, right? In the sense I used it above ("Honesty often evokes a visceral response"), it means, emerging from instinct, relating to deep inward feelings. Honesty often begets honesty. I am not an actress, & I do a poor job of disguising my emotions, be it on my face or in my writing. I don't know what in the world I'd say every week if not what's on my mind.

For over twenty years I wrote what I was told. I wrote book reports; I analyzed characters; I assembled annotated bibliographies; I compiled literature reviews. I wrote what I was told to write for so long I quit writing the moment there was no one standing over me dictating a writing assignment to me; thankfully I again began writing years later. So many students associate writing (& reading) with scholastic mandates, & they never, ever see the intrinsic value in words, both those they read & those they write. I recently gave my personal email to a former student & said Write me. What I was really saying to her was Write you.

There are those who ask how we're doing & wait expectantly for an honest answer, but they are few. The truth is, most of us need some time on a therapist's couch every now & then, but then again, most of us can't find that kind of time (&/or money). Many of us have to rummage for our own couch. Find your couch. Use your words. Write yourself. You don't have to share it with anyone, but you'd be surprised what you'll discover when you sit down with your thoughts & a pen or a word processor. Polite society may not always welcome your words, but you'll discover those who're willing to listen, to read what you write, to respond to it sincerely. After all, polite society thought little of Jane Austen & the Bronte sisters & Kate Chopin once upon a time. Just write anyway, assuming, as they did, that few others will ever read it (& you might have to pretend to be a man to get it published). Write for yourself, & in so doing you may strike a tune that resonates in someone else's ear.