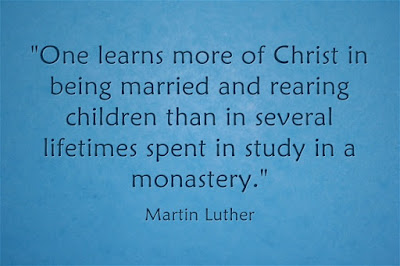 Today is the fifth Sunday in October. This month, I've crafted four coherent blogs, each of them held tenuously together by a theme of sorts. With this in mind, I am giving myself a free pass to ramble for a few minutes tonight & call it a day. You've read & no doubt loved four blogs this month, so this one's just extra, a little lagniappe, & thus I am relieving myself of the pressure to find a theme around which to weave a narrative about last week's chaos, this week's plans, or my feelings. Themes are for people who have more time than I do at the moment.

I have a lot to say about a handful of things, including:

(1) My new boots, (2) The bedskirt I bought this weekend, (3) Reagan's brief vomiting stint this past weekend, (4) Last week's Fall Festival, (5) How much I hate Halloween, & (6) Martin Luther. Also on my mind: This past weekend's weather & LSU's upcoming game against Alabama.

I just cannot spare the time today to rigorously address any of the items on the above enumerated list. Such is my life these days. I did buy a pair of boots; pictures of the boots, as well as pictures of the bedskirt I bought over the weekend, will hopefully be featured in next week's blog.

The only thing I'm going to take the time to say tonight is this: Tuesday is of course a big day. On October 31, 1517, Martin Luther nailed his Ninety-Five Theses to the church door in Wittenberg, Germany. Five-hundred years later, the reformation he kickstarted on that day continues to, you know, have a pretty significant impact on my life, & perhaps on yours, too. While Luther was not British, he was heavily influenced (& certainly emboldened) by a handful of British men we have discussed in class, so we're going to take a British lit timeout on Tuesday to celebrate the life of a German man whose gumption everyone, Protestant or not, ought to admire.

I have always admired Luther, & not just because I have some disagreements with the Catholic Church, & not just because I am a fan of making lists. In addition to his gripes with what was, at that time, a too-powerful, too-political Catholic Church (if you disagree with me on this, brush up on your history), Luther was full of wisdom about a variety of topics. While his influence on the interpretation of scripture is probably his greatest legacy, his writings are full of extra tidbits, lagniappe, if you will. Oh look; I have inadvertently stumbled onto a theme.

Luther was a German professor of theology, a composer, & a father of six. He was a learned & no doubt a busy man. I mean, I only have two kids, & I know nothing about the composition of music, yet I certainly would not be able to find the time to spark a reformation even if I were stewing with angsty rage over the practices of the church. Granted, Martin Luther had no Internet access distracting him, likely did not manage anyone's blood sugar, & probably didn't spend a great deal of time searching for new boots.

Were I to compose a list of complaints, at the moment the subject of said list would likely be birthday parties for small children --->

(1) Where does it go from here? You're going to have to fly them to the moon by the time they turn twelve.

(3) Saturdays in the fall are for college football.


I could probably add more to the list, but I don't think I could get to ninety-five.

On Tuesday, I plan to protest Halloween (a day that has potential but has, like everything else, become an overly commercialized candy nightmare for people who make no insulin & their parents) by spending all day celebrating Martin Luther with students. In preparation for the day, I've read & reread many of Martin Luther's words. The quote above (& repeated below) received an Amen! from me:

One learns more of Christ in being married and rearing children than in several lifetimes spent in study at a monastery.


In fact, studying in a monastery is perhaps the exact polar opposite of being married & rearing children. Rumor has it it is incredibly quiet inside monasteries, everyone uses the restroom all by themselves, can bathe themselves, & solitary, contemplative reading is a routine part of one's day.

If you remember nothing else I've said, &/or you're unfamiliar with Martin Luther & his many wise words, remember this: Making a list can change the world. With that in mind, here's what you can expect in a week's time:

(1) Pictures of my new boots, (2) A pictorial rundown of the Fall Festival we attended last Thursday, (3) Numerous tales of how wildly successful this Tuesday's Martin Luther Day was, & (4) My emotional reaction to the result of this week's LSU game against Alabama. I mean, I know. I know what's going to happen. I am emotionally prepared. Also up next week, (5) Lies we tell ourselves.

Y'all have a great Martin Luther Day on Tuesday & a great week.