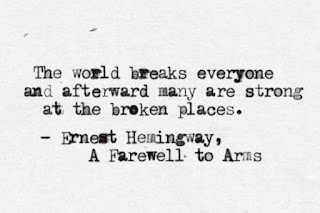 Let me begin with a hearty thank you to those who've voiced support for me these past six weeks, & also those who, while you may not have been supportive, didn't say anything like, "Stop whining!" My first three graduate English hours are behind me. Yes, I have fifteen more ahead of me (hours, not classes), but those aren't on the horizon at the moment, & they're not dampening my euphoria.

In the middle of a crazy week last week, I finished & submitted my research paper. The final word count was . . .

As I predicted, I didn't make it to 5,000 words. It remains to be seen how that might affect my grade.

Not only is ENGL 500: Teaching College Composition behind me, so is VBS. I feel so free. Actually, I feel tired. As VBS drew to a close Saturday afternoon, I deflated & there remains little air in me as I type. At present it's early Monday morning & I'm barely functional; I may have to do some heavy editing in the morning over coffee, or I may just hit Publish & you can sort through the errors in search of a thread of meaning.

Last Friday, July 8, was the ninety-eighth anniversary of Ernest Hemingway's injury on the Italian front during WWI. At eighteen years old, he was serving as an ambulance driver for the Red Cross during the war. He was struck by a mortar shell while handing out chocolate to Italian soldiers. He was initially knocked unconscious, buried in the earth of the dugout with fragments of shell lodged in his right leg, his scalp, & one of his hands. Two Italian soldiers were standing between Hemingway & the mortar shell; one was killed instantly & the other had both legs blown off, & he died shortly thereafter. When he regained consciousness, Hemingway carried an injured solider to safety, an act he later said he had no memory of, but which earned him a Medal of Bravery.

Hemingway underwent surgery & was sent to recover in a hospital in Milan, where he stayed for six months. While in Milan, he met & fell in love with an English nurse, Agnes von Kurowsky. By all accounts he considered himself to be very much in love. Agnes was several years older than Hemingway & perhaps loved him at the time, but later refused his marriage proposal. He soon married his first wife, Hadley Richardson, with whom he moved to Paris & to whom, along with their son, he dedicated The Sun Also Rises.

Were I to isolate pivotal moments in history, I'd certainly highlight Hemingway's decision to enter a dugout on the Italian front to offer chocolate to weary soldiers. What happened in that dugout, & what unfolded in the aftermath, dramatically shaped Hemingway's worldview, & this would have been the case even if he'd never met Agnes. The affect the deaths of the two soldiers who took the brunt of the mortar shell had on him can be seen throughout his work. His own injuries, sustained not while he was fighting valiantly on a battlefield but while offering chocolate, along with the deaths he witnessed during the war, cemented for him the futility of man's plight in a senseless, unfeeling universe. He was broken in that dugout, physically, emotionally, maybe even psychologically, & then later suffered again when he lost Agnes, whom he'd likely have never met had he not been nearly blown to bits in July of 1918.

Meeting & loving & losing Agnes von Kurowsky not only resulted in him penning A Farewell to Arms, which he wrote a decade after their affair ended, but, had Agnes not turned down his proposal, he'd have never married Hadley, with whom he moved to Paris. I believe it was money of Hadley's that funded their move to & initial stay in Paris, where he immersed himself in his writing, surrounding himself with other writers like Fitzgerald, Gertrude Stein, & Ezra Pound. He traveled to Spain with friends & left fascinated with man's desire to fight bulls, & thus he began writing the novel that solidified his status as a literary giant, The Sun Also Rises.

As I play this six-degrees of Hemingway's war wound game with myself, the what ifs are innumerable. I don't think all things happen for a reason. I kind of despise that platitude. There is no rhyme or reason to tragedy; it just happens because there is evil in this world, & at times evil rears its head in such loud & dramatic fashion that we're left stunned, speechless, & many of us walk away disillusioned by the utter helplessness that engulfs us.

I have this image in my head of an eighteen-year-old who likely wanted to get away from his father, get away from home, & see more of the world so he volunteered with the Red Cross. He stepped into a dugout with some chocolates, & he emerged bleeding & broken, but on his way to become one of America's greatest literary treasures. Sure, he'd likely have written anyway, but what he would've written is anyone's guess.

In addition to the anniversary of Hemingway's encounter with a mortar shell, last week a friend of mine marked the fourth anniversary of the unexpected death of her father. Is it always a little odd to everyone else to watch tragedy & grief unfold via social media? This is always odd to me, but I suppose it's the way we operate now & it seems we're long past a point of no return. I have watched & read as my friend mourned her father, sharing her thoughts with others. Usually her words are so eloquent that I don't comment. I uncharacteristically keep my mouth shut because she's said everything there is to say, achingly & perfectly describing the path she has walked & continues to walk, & so I just read, & sometimes I cry, & sometimes I think about Hemingway, lying unconscious in the belly of the earth, about to rise & slowly make his way to a hospital where seeds for one, if not more, of his novels would be planted. More than once I've told my friend to write a book, & I hope she does.

Saturday I learned a student I've yet to meet but whom I'll have in my classroom come August unexpectedly lost her father. She's going to limp in my classroom, wounds fresh, shrapnel still imbedded in her legs. The world broke her very early in her life; her pain has been on my mind all weekend.

I think Hemingway quickly realized what it takes some people a lifetime to accept, that there is a randomness to life, to tragedy, that is not ever going to make logical sense. Because there is evil in this fallen world, heartache is inevitable. He quit trying to figure it out, & instead put his pain to work. His intent was to share some chocolates; the eventual result was A Farewell to Arms.

After Reagan's diagnosis I learned, slowly, that the healthiest thing to do was not wonder why her little pancreas quit on her at such a young age, but to just accept that it did, & plow forward. Of course, that didn't happen overnight; the process was slow, sometimes agonizingly so. Her diagnosis shifted the trajectory of our family in significant ways, some I'm only beginning to see, some I may not realize for years & years. I'll soon meet a young girl who's grieving the loss of her father, who'll be sitting in my English class because I took a job I'd otherwise not have considered had it not been for Reagan's diagnosis. In five or ten years, I'll likely have a hundred stories to tell about high school students who'd have never sat in my class or even made my acquaintance had Reagan's pancreas not failed her at age three.

I think, I think, when Hemingway has Frederic Henry muse that, The world breaks everyone and afterward many are strong at the broken places,  his point is that what counts, what ought to define you, is not the break, over which you have no control, but the aftermath, over which you have complete control. If you survive, pick out the shrapnel, & make it count, rather than allowing the initial blow to defeat you permanently.

I somewhat apologize for the morose tone of today's post, especially if you were expecting light frivolity & pictures of children frolicking at VBS. I only somewhat apologize because I feel a little lighter having written this, so I can't honestly say I fully regret exposing you to it.

I must sign off now. The week ahead is full of firsts for my little family. Today I'm headed to register the kids for school, hopefully get a first look at the situation inside the classroom where I'll soon deliver riveting lectures, & then on Wednesday, the kids & I are going to the dentist. This will be the first dentist visit for Henry; I hope he loves getting his teeth cleaned as much as I do, but I'm not holding my breath.

I am reading again (reading fiction that is, rather than academic journal articles), which is wonderful. I'm a few chapters into Lord of the Flies, so it is quite possible a string of dark & brooding blog posts are in your future. Maybe next week we'll do: The Pros & Cons of Complete Anarchy.

Email ThisBlogThis!Share to TwitterShare to FacebookShare to Pinterest
Labels: Hemingway