Grief That Does Not Speak 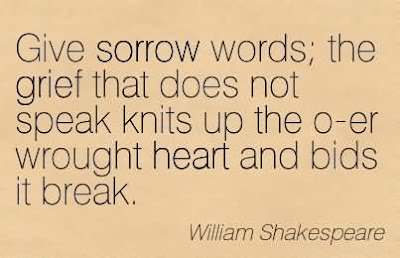 Last I left you I was headed to book club. We met last Monday evening to discuss The Guernsey Literary and Potato Peel Pie Society written by Mary Ann Shaffer & Annie Barows. I know; it's kind of a pretentious title. I bet some editor somewhere had major reservations about it, but I think it works. You quickly learn the origin of the title once you begin reading, & truly there is no better title for the book (or the literary society from which the book takes its title). 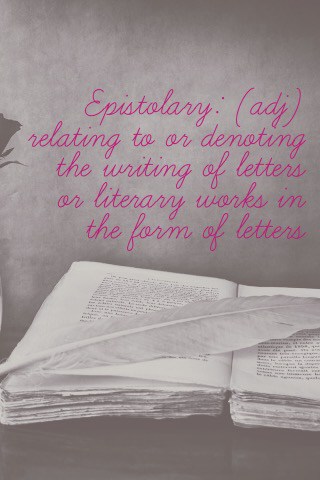 Additional examples include The Screwtape Letters, which the book club read in January, & a considerable portion of the New Testament, come to think of it.

Via the letters the reader is introduced to a wide cast of characters, many of whom reside on the Channel Island of Guernsey. 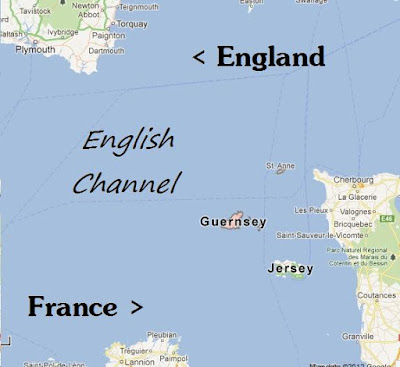 The letters that comprise the book are written in the years immediately following WWII. Via the letters, many details about the German occupation of the Channel Islands are revealed. On a fateful night during the occupation, hard pressed to find a plausible explanation for breaking curfew, several Guernsey residents are party to a lie that assuages the questioning German soldiers. That lie gives birth to the Guernsey Literary and Potato Peel Pie Society, a society born of desperation that comes to sustain its members during some of the darkest days of their lives.

The majority of the society's members are not readers, but they have to keep up appearances, & their lie becomes their reality. They begin to read & to share their thoughts on what they've read, &, as you might've guessed, what they read changes them in significant ways as books have a habit of doing.

It's a book in which books are discussed (these are my absolute favorite kind of books). I don't think this is an exhaustive list of references, but off the top of my head, I recall discussions of Austen, Charlotte Bronte, Charles Lamb, Wordsworth, & Shakespeare.


It's a book about what books make possible. Books provide an escape for the members of the literary society while they're isolated from the world during their occupation. The words they discover help them to cope with the unimaginable.

Books also educate, as this one did me. It is yet another glimpse behind the scenes of WWII. If I held a PhD in English literature & found myself teaching at the collegiate level I'd be assembling material for a course titled, "WWII Historical Fiction." We would read The Guernsey Literary and Potato Peel Pie Society (WWII via an occupied Channel Island). We would read The Book Thief (a peak inside Nazi Germany via a young girl who loses her family & befriends a Jewish man in hiding). We would read When the Elephants Dance (which I discuss here), which is a snippet of life in the Philippines during WWII. We would read The Bronze Horseman (you knew that was coming), which paints a vivid picture of the horrors inside the Soviet Union during the second world war.

The final exam in the course would be a persuasive essay in which students make the case that Henry Cavill needs to portray Alexander in any film/series adaptation of The Bronze Horseman. You laugh, but crazier assignments have been given at the collegiate level.

The following is my favorite passage in The Guernsey Literary and Potato Peel Pie Society. It comes from a letter written by a man named Eben Ramsey. Eben's grandson spent the five years of the occupation in England with another family. He is returned to Eben after the war, but Eben laments the years he lost. Eli, his grandson, leaves him at age seven & returns a boy of twelve. This excerpt begins with Eben discussing one of the books to which he was exposed as a member of the Guernsey Literary and Potato Peel Pie Society.


It was called "Selections from Shakespeare." Later, I came to see that Mr. Dickens and Mr. Wordsworth were thinking of men like me when they wrote their words. But most of all, I believe William Shakespeare was. Mind you, I cannot always make sense of what he says, but it will come. It seems to me the less he said, the more beauty he made.

Do you know what sentence of his I admire the most? It is, "The bright day is done, and we are for the dark."

I wish I'd known those words on the day I watched those German troops land, plane-load after plane-load of them - - and come off ships down in the harbor! All I could think of was damn them, damn them, over and over. If I could have thought the words, "the bright day is done, and we are for the dark," I'd have been consoled somehow and ready to go out and contend with circumstance—instead of my heart sinking to my shoes.

My late paternal grandfather would celebrate his eighty-ninth birthday tomorrow. In the summer of 2007 when my grandfather was dying he asked that someone read him "Thanatopsis." I read it to him. I did it for him; I did it for me. I made it through the minute or so it took to read the poem aloud, my voice (I think) fairly strong, not breaking, my pacing unhurried. I understood his need to hear the words. My desire to give them to him & my desire to avoid the regret of not mustering the courage to do as he wished in that moment superseded the emotions threatening to tow me under.

Death pleads for words. Sorrow yearns for words. Joy cries for words. Love aches for words. Liberty demands words. The very freedom that allows me to write & share this blog with no fear of retribution from the government of which I am, at times, highly critical, is bestowed upon me by . . . words.

This is one of my favorite passages in the entirety of The Hunger Games series. It comes from Catching Fire. It is my favorite for two reasons. First, it is one of the rare moments when Katniss thinks rather than acts. She moves beyond hunger & dehydration & survival, & for a few brief moments she dabbles in the higher levels of Maslow's hierarchy. Second, it is my favorite because it is a perfect explanation of why I adore Peeta. Peeta finds the words.


The beauty of this idea is that my decision to keep Peeta alive at the expense of my own life is itself an act of defiance. A refusal to play the Hunger Games by the Capitol's rules. My private agenda dovetails completely with my public one. And if I really could save Peeta . . . in terms of a revolution, this would be ideal. Because I will be more valuable dead. They can turn me into some kind of martyr for the cause and paint my face on banners, and it will do more to rally people than anything I could do if I was living. But Peeta would be more valuable alive, and tragic, because he will be able to turn his pain into words that will transform people.

Knife through the heart, right? So much wrapped up in that little gem. First, if you didn't already know, she loves Peeta. She loves him so much. She isn't considering dying for him for strategic reasons related to the revolution; that is an afterthought, a bonus of the success of her plan. She just wants Peeta to live, & in her subsequent recognition of what her death & his life would mean for the revolution she acknowledges that he loves her too; her death would be the source of his pain he would turn "into words that will transform people."

Find the words. Read them; memorize them. Write them yourself. Let them comfort you. Lay down with them & cloak yourself with them when you cannot otherwise put one foot in front of another.

Back to reality. A few birdies have told me that a handful of the students I'll be teaching in the fall are curious about how the year will unfold. Understand, dear future pupils, that I too am curious about how the year will unfold. At this moment all I can say is that I want my students to leave their English class with a reverence for words. Literature—reading it, writing about it, & maybe even composing some of your own—is not for "English people" or "English majors" or "nerds." Literature is one of the stunningly beautiful ways humans cope with the human condition. You'll remain in my classroom until you can say that, mean it, & explain it in an articulate & grammatically correct manner.

I am warming to the idea of presenting students with hypotheticals & tasking them with finding the perfect words for those occasions. Someone is dying young. Someone is falling in love. Someone is being suffocated by their grief & is desperate to give it voice . . . annnnnd go! Find the words. Or write them yourself.

I'll end with some personal matters.

First, I have a new nephew to go with my niece. Maybe the best part is they're an alliterative pair. 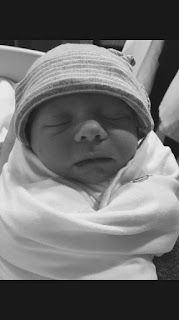 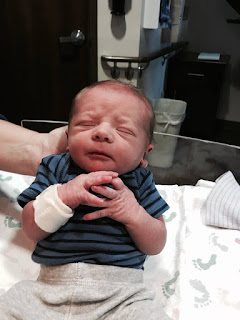 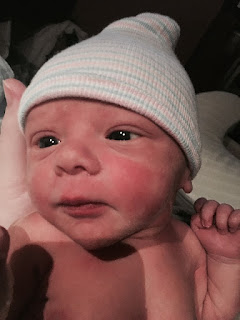 He missed the Ides of March by about a week, but I love him anyway. Some words for you, Michael:

These are your cousins: 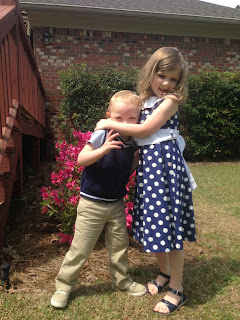 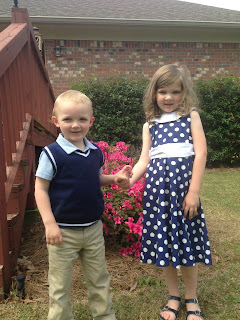 They're not as intimidating as they look.

On March 30, 2011, I posted my first blog. It's been an interesting five years. Thanks for reading. I hope you've been encouraged to read a book you otherwise would have never picked up. I hope you've learned a few things; I know I have. I think, above all, I've discovered & rediscovered the value, the necessity, of sorting & framing one's thoughts with words, arguably the greatest, most therapeutic tool at our disposal.