And now I thought:
till now I had only heard, seen, moved -
followed up or down where I was lead or dragged -
watched event rush on event,
disclosure open beyond disclosure:
but now, I thought.

When first I blogged, she was three months old.

Before I say anything of substance, here come the obligatory birthdays of yore photos. 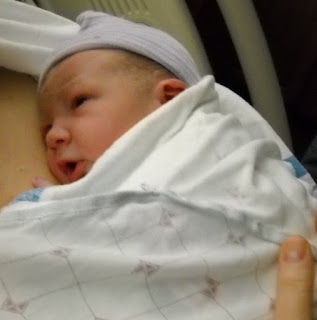 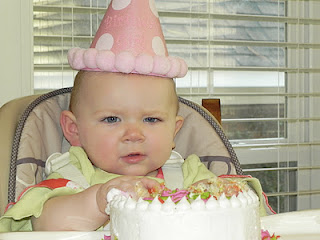 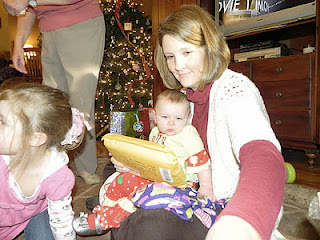 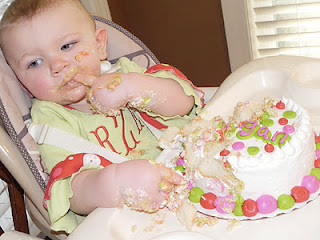 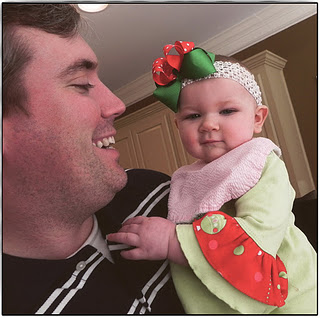 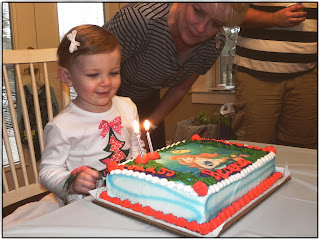 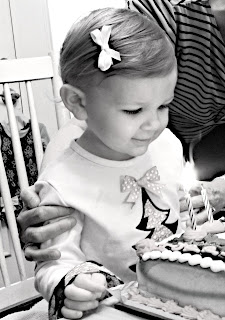 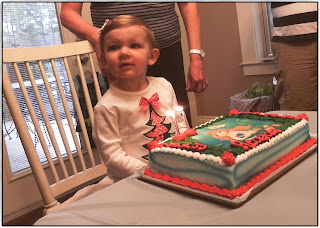 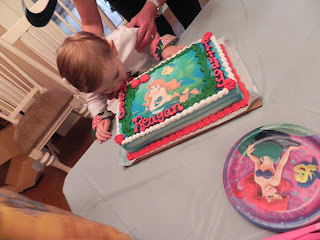 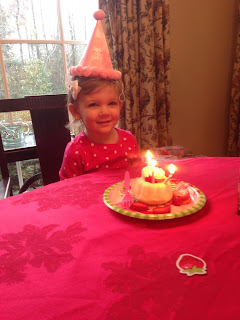 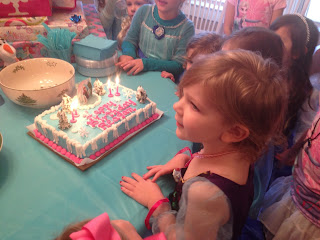 Yesterday we celebrated birthday Number Five; we shall return to that event momentarily, but first, vocabulary. These are all synonyms for exhausted: drained, bushed, frazzled, worn, kaput, bone-weary, enervated.

I think my favorite is enervated. I am thoroughly enervated. You're not getting the best of me today; in fact, it is at this moment late Sunday night & you wouldn't be getting anything at all except that I spent about an hour last night rereading old blogs about Reagan. I was so thankful my former self took the time to write them that I can't let my present self off the hook. My present self is bummed because she so desperately wants to be mindless & lazy, but I'm buckling down & putting that off, temporarily of course.

The weariness is not simply the result of yesterday's events. Last week was a busy one. It was my final week of classes before the big long wonderful winter break. I met with students on Tuesday & Thursday to take care of end-of-the-semester matters, & when I wasn't meeting with students, I was answering their emails, or dealing with things like this: Once everything was graded & averaged & I'd turned in signed & dated paperwork to the various offices on campus that require it, I went to my car & was greeted by the oil change indicator. It had been teasing me for weeks, winking at me when I cranked the car, ever-so-gently suggesting I change the oil, but now we're past flirting. There's no more winking; the light is persistent, & it is red, & I absolutely must have the oil changed this week, or figure out how to cut the wiring on the indictor light.

I wish the light could've given me one more day, just given me the drive home from school after turning in another semester's grades, before dumping this in my lap. It's always something. There's always something else. Grade this, change the battery in that, refill the prescription, buy this, wrap this, I'm hungry, someone needs their shots, WORK CITIED!.

Obviously I needed the relief that came Friday night in the form of bookclub. Reader, I'm going to be honest with you & tell you that I did not finish reading Jane Eyre before we assembled Friday night. I fell asleep Thursday night just as the big boom was lowered in the church. If you've read the book, you know what I mean. Ka-boom. Bertha, Bertha, Bertha. Sad times.

It's been fifteen, maybe twenty, years but I did once read the entire book so I know how it ends & was able to fully participate in Friday evening's discussion. I am still reading the book, by the way, as I plan to finish it.

I enjoyed myself so much Friday evening, beginning with solo time with Adele on the thirty minute drive across town to our designated meeting spot. We ate Newk's chicken salad on some wonderful croissants, we drank coffee, we made a list of what we plan to read in 2016, & we discussed Jane Eyre, coming to a communal agreement that, were we forced to choose a fictional male suitor, Rochester would lose to Mr. Darcy. I also had a meaningful & sophisticated discussion about The Bronze Horseman with a bookclub member who is presently reading the third & final book in the series. The two of us reached a separate agreement that Alexander would kick both Darcy's & Rochester's proper rear ends. He'd probably curse in Russian while doing it, but he'd do it in a such a special way that we'd love him all the more for it. 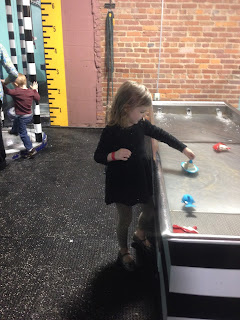 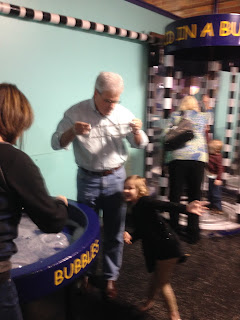 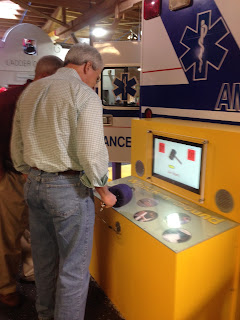 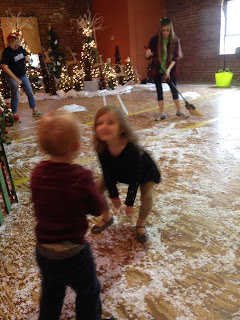 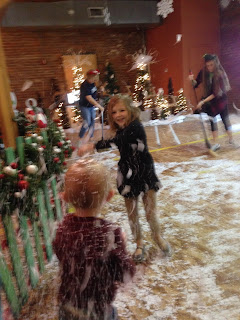 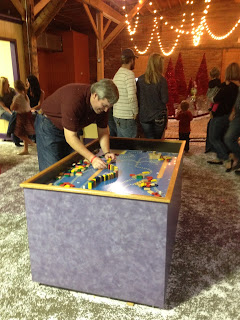 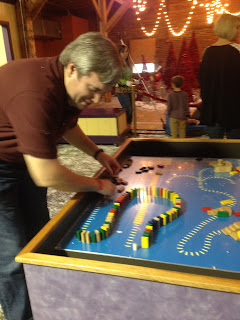 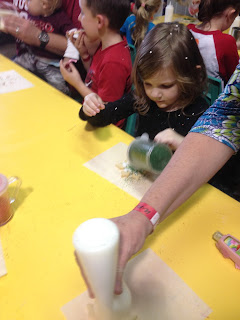 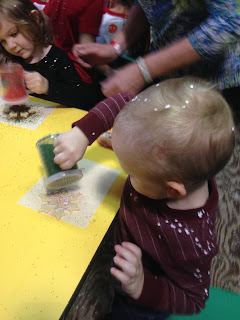 Trey took the kids home once museum fun ended because I had a few errands to run, & also because I just wanted to be alone for a few minutes. Let me tell you something about myself. There are many reasons I do not teach the elementary grades. I have never desired to teach children much younger than, oh, fifteen. I certainly don't want to be the adult supervising anyone who needs any help in the bathroom. I don't know what to do with someone who can't read; I want to analyze poetry, not teach someone how to read. I don't like to be around children in large groups; my two give me hives at times. Plus, when children are active in enclosed spaces, said spaces begin to smell like feet, which triggers my gag reflex on a bad day.

Saturday night I was a little weepy, & it's because I had a few minutes to think. Yesterday, Sunday, I had zero moments during which thoughts flowed freely, & so I never came anywhere close to tears. As I mentioned, I read some old blogs Saturday night, & then I went in to check her number around midnight & took this pic below of her, on the threshold of five.

Then I got back in bed & read this, the story of her birth, which I know might fascinate some of you who've recently become fans-o-the-blog. 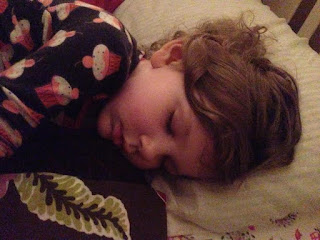 Sunday was the big day, for both Reagan & my dad, December 13 babies both.

I'd like to tell you about every detail of Sunday. It was a long, full day. I'm going to shift to all-out stream of consciousness here & hit the highlights of Sunday. My dad's teaching the adult Bible class that meets in our auditorium right now. He's two weeks in & will be teaching through February, I believe. Wanting to be on time for his class (because I thoroughly enjoy it, not because he's my dad), I was on point Sunday morning. No hitting the snooze, no loafing in the shower, no sitting for ten minutes & drinking my coffee, no standing in my closet debating what to wear. On point, I was.

I sat in class with my Yeti & finished the morning's second cup of coffee & listened to him teach, knowing Reagan & Henry were safely tucked in their Bible classes, & I had a few minutes of calm that sustained me the rest of the day.

We ate a quick lunch after church & headed to the theater to see Pixar's The Good Dinosaur. It's okay. It's not Pixar's best. There's this weird, weird, short film before the feature film that is just, so odd. I think it's about a father & son who're of the Hindu faith, but you know, I am not sure.

After the movie, Reagan enjoyed a cupcake (that I covered masterfully with insulin, the numbers later revealed) & she opened presents for which we have no room in our cluttered home. 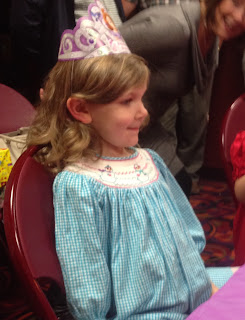 We loaded the gifts & the children in my car & headed home in the rain. On the way home, Reagan told me she was not returning to evening services at church because she was going to play with her new toys. On another day this may've been a prime opportunity for a lecture, but I seized the moment, left the kids with Trey, & returned to church alone. You just never know who sits among you in the worship service because they're seeking time away from their family.

After church I ate dinner with my parents, just the three of us. That never happens. It was nice. My dad turned sixty-one yesterday. He spent his birthday as he's spent the last five of his birthdays, celebrating Reagan. He works a lot, he spends a lot of time preparing his material for Bible class, & he spent his birthday, a rainy Sunday afternoon he could've spent napping or lightening his workload for the upcoming week, watching the weird Hindu short film & then The Good Dinosaur. He hasn't even seen the final Mockingjay film yet; this, people, this is love.

Friday night when I returned from the aforementioned epic bookclub gathering & climbed in bed to continue Jane's journey, I read the above quote. While I don't have a domineering Rochester tugging at me, I too have  heard, seen, moved. Followed up, or followed down. Watched event rush on event.

I am giddy about the possibility of some time to be still & think. There are a few carbohydrate-laden hurdles in my way in the form of Christmas parties for Miss Reagan, but after Wednesday, the calendar begins to clear.

Reagan has school two days this week. Tomorrow, she is to wear her favorite Christmas pajamas to school for their "Happy Birthday Jesus" party. When I explained this to her, she said, "Oh. Is He coming down?" When I related this to Trey, he said, "Hey, He might." That comment was followed by a five-minute explanation of the depraved state of things here on earth. I don't know how much she heard; I hope Reagan doesn't have any conflicting feelings about her Happy Birthday Jesus (pajama) party.

Tuesday evening the kids & I may or may not attend the kids' Christmas party at our church, depending on what Reagan's numbers look like on the heels of the Happy Birthday Jesus party.

Wednesday is Reagan's Christmas Party at school, which Henry & I will be attending.

So this week's to-do list looks like this: carbs, carbs, carbs. Carbs. This time of year is a carbohydrate minefield. Kids like to color, you know? They like to use glue & glitter & all manner of items that aren't edible & filled with carbohydrates. Even if they ate the glue, I bet it has considerably fewer carbs than cookies. Obviously I'm ranty today. You see the world differently when your kid's pancreas quits when she's three & you pray scientists get it together so maybe she'll have another birthday that doesn't involve counting every carbohydrate in her piece of birthday cake.

Today is a down day. By "down," I mean there's nowhere we have to be & there's little chance our pajamas are coming off. I do have a box I need to drop off at a UPS place so they can send it back to the Nordstrom people (free shipping & free returns!); I am not beneath jetting in the UPS store in pajamas that might, if I move quickly, pass for workout clothes.

It's perfection to know that once I post this for you fine folks, there is nothing in the way of school work I have to do. No planning, no grading, no answering emails. Unless of course a student emails me about the grade they're assigned once final grades are posted for students, in which case I'll likely reply with some vague Jane Eyre quote.

I await the nothingness, the endless time to think, to process. No schedule, no early school mornings, no parties, & limited showers. Of course, the car's oil needs to be changed, & the dog needs to be groomed, & my hair's not looking so hot lately either, so nothing may be overselling what lies ahead of me, but I think the time to finish Jane Eyre, & perhaps wrap a few gifts, & sit & enjoy the Christmas tree might present itself soon. If it does, you'll hear about it. If it does not, oh, you'll hear about that, too.