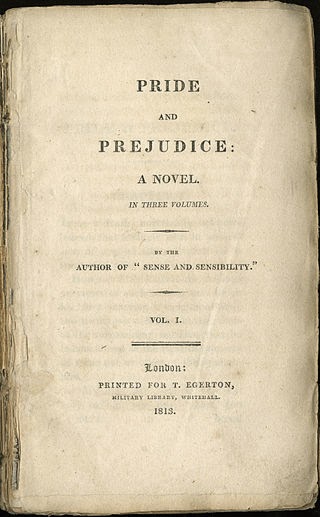 I know. It's Friday. You likely didn't expect to hear from me again so soon and especially not on the heels of last night's Pride and Prejudice forum in my home. So, surprise. There is a pressing matter I cannot sleep another night without addressing. I promise to return Monday with a far less serious topic, likely featuring a few pictures of my kids and some generic Christmas wishes. What follows is not pictures of my kids or holiday-themed greetings, so if that's what you're expecting, check back Monday(ish).

What follows is a defense of Jane Austen (and I realize at this point, I've lost some of you), specifically an attempt to rescue her and her extraordinary literary masterpieces from the clutches of modern feminists who attempt to claim Jane Austen as an ally, an alliance I believe Miss Austen would entertain with all the fervor with which Elizabeth Bennet entertains the notion of marrying Mr. Collins.

Feminism is a trigger word for me. When I hear it or see it in print, I cringe, because what inevitably is attached to it is a long and often convoluted attempt to explain why women have the right to do something no sentient, moral creature, whether male or female, should do.

I'd love for my daughter and other young girls to grow up in a culture that has reclaimed the word feminism. At one time, there was a need for societal norms and expectations of women to evolve. There was, I suppose you might say, a need for feminism, though it is a term that was never a part of Jane Austen's vocabulary. Unfortunately, we leapt from women demanding the right to vote, the right to own property, the right to be defined by something other than the institution of marriage, etc., which are legitimate issues, to women demanding the legal right to do that which men have no legal right to do, such as kill their unborn children or demand entrance into institutions such as the military or a police academy despite their inability to meet certain physical requirements.


I am just going to point out the obvious here, though the obvious isn't always politically correct, and say that I will always care more about my safety and the safety of my children than I will about opportunities for women to assume roles that perhaps nature did not intend them to assume. I prefer large men to be on the front lines, to be the people standing between me and the enemy, whether the enemy is a thug who wants my purse or a terrorist who seeks American blood.

As you know, unless you have never before today read this blog and have blocked me on Facebook, I recently read Austen's Pride and Prejudice for the first time. Oh, Ms. Austen, I bow. This inaugural read, coupled with numerous articles on Austen that saturated the Internet recently on Ms. Austen's December 16 birthday, has my mind in overdrive. Of particular interest to me are a handful of articles linking Jane Austen and her considerable body of work with modern day feminism, something that draws my ire. Because Jane so thoughtfully gifted the literate world with Mr. Fitzwilliam Darcy and so ingeniously crafted the delicious dialogue between Elizabeth Bennet and Mr. Darcy, I feel I owe it to her to defend her good name, which should in no way, ever, for any reason, be linked to the nonsense that is, in the year 2014, known as feminism.


In Pride and Prejudice, Austen explores the ceaseless emotional turmoil in the Bennet household as Mrs. Bennet and her five unmarried daughters seek to lure unsuspecting men into the web of matrimony. The novel opens with Mrs. Bennet pestering Mr. Bennet to introduce himself to a Mr. Bingley, a wealthy, single man who is about to take up residence nearby. It is through her family's acquaintance with Mr. Bingley that Elizabeth meets Darcy, a man she initially finds rather loathsome.

In Pride and Prejudice, Elizabeth Bennet turns down not one but two proposals of marriage, something unheard of at a time when securing a husband was the first objective of a young woman; marrying was second to nothing, certainly not happiness (or domestic felicity, a phrase Austen uses that I adore and am trying to revive). When Darcy initially proposes, Elizabeth is caught completely off guard, her surprise equaled only by Darcy's when she rejects him, despite his alluring oft quoted lines:

In vain have I struggled. It will not do. My feelings will not be repressed. You must allow me to tell you how ardently I admire and love you.

For Elizabeth to refuse the first proposal she receives from Mr. Collins is understandable (just read the book; you will see). Refusing Darcy, however, is revolutionary, or it was at the time Austen was writing. Turning down marriage twice, particularly marriage to a wealthy man in Darcy's case, is one of many reasons Elizabeth Bennet and her creator are often lumped in with feminism, but I think it's a grossly misguided categorization.

Austen remains popular today not only because of her raw linguistic abilities but because her work explores the repression of women that existed when there was a legitimate need for a feminist movement, for a societal awakening, an examination of the detriments of relegating women to certain spheres, of attaching the whole of a woman's worth to her role as a wife.


I don't think Jane Austen could have, even in her wild, active imagination, envisioned the current condition of modern women. When Austen penned some of Elizabeth's bolder, sassier lines, I don't think the emancipatory future she envisioned for women included headlines like this recent Washington Post article titled, "Does 'girls night' out exclude a lesbian's new fiance?" Austen wanted a world in which a woman could publish a novel and proudly plaster her name on the front rather than labor in secret and publish anonymously, as Austen did Pride and Prejudice (the picture above is the original cover page, which nowhere boasts her name). Rather than a world in which her government would applaud and pay for abortions and gender reassignment surgery, Austen simply sought societal shifts that allowed for the encouragement and celebration of women pursuing intellectual endeavors rather than men. I do not for a moment think Jane Austen crafted Elizabeth Bennet so that women might one day shed their bras, either in protest or for illicit sex.


It grieves me when I see Austen linked with modern feminists; I believe her face would, as she might phrase it, deeply colour upon witnessing the behavior of many women today, women who know no shame, who attempt to wrap themselves and their reprehensible behavior in the cloak of feminism, daring anyone to reproach them. Austen may have been an early conductor on the feminist train, but that train derailed years ago, and I have no doubt that its present course would repulse her.

I wish today's feminists, rather than attempting to twist Austen's work and her intentions and lay claim to them, would honestly study her work, study the temperament of her characters, and make appropriate applications. Throughout Pride and Prejudice, Elizabeth is contrasted with her four sisters; Lydia, one of Lizzie's younger sisters, a flighty, mindless child who chases men, provides the sharpest contrast.

Elizabeth Bennet never uses foul language. Elizabeth cares for her sister, Jane, when she is ill (traveling three miles on foot to do so, something that is the subject of considerable chatter); she is patient with her cantankerous mother; she loves her father, but acknowledges and considers his shortcomings as a husband when she is working through her own desires for domestic felicity.


Elizabeth knows when to keep her mouth shut, and when she speaks, pearls of wisdom laced with her endearing wit ensue. Elizabeth is not without flaws, but she isn't so proud as to refuse to admit when she has misjudged someone, as is so famously the case with Mr. Darcy. She condemns her sister Lydia's licentious behavior with a man to whom she is not married, and she is gracious in her interactions with male suitors of which there are several throughout the course of the novel. She is gracious, mind you, but not a dithering fool. Elizabeth matches Darcy wit for wit, and when, after having finally, finally, declared themselves to each other, Darcy tells her that, despite her initial behavior, which Elizabeth describes as, "bordering on the uncivil," he admired her for the, "liveliness of your mind." To this, Elizabeth replies, ". . . you were sick of civility, of deference, of officious attention. You were disgusted with the women who were always speaking, and looking, and thinking for your approbation alone. I was roused, and interested you, because I was so unlike them."

The world is full of Lydias, of the innumerable them to which Elizabeth refers when she so artfully explains to Darcy why he fell in love with her. Lydias were in no short supply when Austen was writing, and the same is true today, hundreds of years later.
What you want, young ladies, is to emulate Elizabeth. You want a man who is drawn to you because of the liveliness of your mind, a man who is intrigued by your refusal to concern yourself solely with his approbation, which, by the way, means approval or praise. Elizabeth, despite her circumstances (by which I mean being single with few prospects and little money), is not willing to settle for a man she does not love, and she is likely the first woman in Darcy's life who stands up to him, who dares to refuse to worry over eliciting his praise. She challenges him, and his acceptance of her challenge is something every young lady needs to read; the unfolding of their story is glorious.


Sadly, it is all too often Lydia's behavior that women today replicate and often replicate purposefully. Like Lydia, they know no shame. If you truly want to claim Austen as your predecessor, emulate her heroine, Elizabeth, rather than Elizabeth's immature, selfish sister who causes her family nothing but grief. And please, please, if you insist on sex without marriage, sex without consequences (as if!), children without fathers, and refuse to bridle mouths that spew venom and filth, do not, I beg of you, pretend that you carry the mantle Austen bore, the mantle Elizabeth bears today, as generations of young women continue to flock to Lizzie and her beloved Darcy.