I am out of school this week for Spring Break.  Naturally, it is thirty degrees outside.  I thought about cleaning up the house a little & digging out my Easter decor, but then I realized that Easter isn't until April 20th this year, & again, it is thirty degrees outside.  I know everyone is complaining & longing for summer, but, I am not.  I reserve my weather complaints for July & August, when it isn't possible to buy & unload groceries without needing a shower, & it gets so hot you think twice about drinking your afternoon cup of coffee.  So go on & whine now, but I will always welcome thirty degrees & the warm sweaters & fires & hot cups of coffee that accompany it. 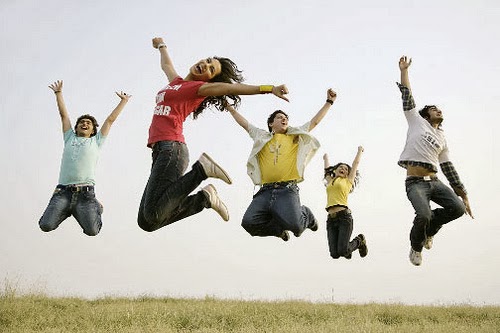 Also, there was a nap overlap of about an hour yesterday afternoon.  What, you say?  Henry took a long nap from about two yesterday afternoon until around four thirty.  Reagan fell asleep watching Finding Nemo a little after three o'clock.  If you're good at math, you now see what I mean by a nap overlap.  Again, I vacillated between weeping & attempting a cartwheel.  I ended up doing neither, opting for a cup of coffee & a handful of these amazing Ghirardelli dark chocolate chips I bought for Reagan because a serving size (16 chips) is 8 total carbs.  I'll just say that I consumed a few more than 8 total carbs as I downed the coffee in the tranquil house.

My mom will likely read about the nap overlap & say, perhaps aloud, You should have gone to sleep!, but I did not.  I don't sleep on cue all that well, & the coffee & dark chocolate chips were just sitting right there, begging.  It's actually a fantastic week for a nap overlap & for me to be home on break because I have things I have to get done, as in an actual deadline.  This weekend my church is having a Ladies' Retreat at Lake D'arbonne & yours truly has been asked to speak Friday evening.  The theme for the weekend is Daughters of the King, & we're all leaving behind the men & children in our lives to discuss the fact that we are princesses.  Tiaras are optional.

Naturally, in preparation for Friday I am working diligently on a presentation in which I will thoroughly examine Ariel & Prince Eric's relationship, & am in deep thought about how exactly to work a Twilight reference into the talk, which, if I can pull it off, will have something to do with immortality . . . something both Edward Cullen & the Lord have to offer.  You think I am kidding, don't you?

If you're a lady & you're reading, you are more than welcome to join us (unless you're my mother-in-law & are helping Trey out with the kids while I speak).  I am short on some of the specifics, but things get started around 6ish Friday at Lake D'arbonne State Park in Farmerville & I believe I speak around 7ish.  Things pick back up Saturday morning around nine with breakfast, & will conclude that afternoon about two.  There will be three speakers on Saturday.  Feel free to come for any or all of it.  Contact me, either through Facebook or the blog, if you want more details.

Moving right along, did anyone else sleep a little sounder last night now that we live in a world in which Matthew McConaughey is an Oscar winner?  It's something I've felt was inevitable since I saw him in A Time to Kill many, many years ago when I was a wise teen.  Even if you didn't watch the show, his win could not have escaped you since his acceptance speech is all over the news today because he thanked - - gasp! - - God!  As the saying goes, you can take the actor out of Texas . . .  Anyway, I usually don't watch the Oscars, but I paid a bit of attention last night for a few reasons.  First, Idina Menzel! sang her hit song from Disney's Frozen (I was kind of hoping she'd break into "Defying Gravity" when she was done).  Second, I was hoping Bradley Cooper would win a supporting actor Oscar for American Hustle since he was denied a well-deserved Oscar for Silver Linings Playbook last year.  Third, I wanted to watch Jennifer Lawrence present the best actor Oscar because there's always a great chance she will do or say something hilarious & inappropriate.  Finally, I was hoping maybe Bradley Cooper would propose to Jennifer Lawrence so they can just get married already.

I hope you have a great week.  Mine is off to a rousing start.  Given that I have two additional days this week to stay in my pajamas all day, I think I can swing posting three chapters of the book Friday, 13, 14, & 15, which will mean we will have arrived at the halfway mark in Edie's saga.  I am anal & like things to be nice & neat like that, so that's also fueling my desire to reread, edit, & post three chapters this week.  I don't want to oversell them, but I like these next few chapters.  They're filled with dialogue, which I like - I like to read dialogue, & as it turns out, I like to write it.  See you Friday.