Well, December is marching on & bringing with it all that this month entails, which for me is a slew of birthdays.  Trey turned thirty-four last week, & Reagan & my dad turn two & XX today, both lucky thirteen babies.  Last year at this time, in addition to birthdays & the general holiday hustle, Jessica's wedding was approaching & Trey & I were preparing to move, so this year seems pretty relaxed in comparison.  All of my fall grades have been submitted, which may mean nothing to you, but brings me considerable joy.  I'm getting a much needed haircut today & preparing for a family gathering to celebrate Reagan's second birthday.  It will, of course, be a nautical themed party featuring all things Ariel.  Jessica & Heath are slated to arrive in the twin cities sometime tonight, which means, among other things, that soon Jessica & I will go see Breaking Dawn, Part II as she's been busy finishing law school & has yet to to see the final Twilight film.  Priorities, you know?


I currently have nothing to grade & no classes to teach, & am in the middle of what all college students (& faculty), current & former, know fondly as Winter Break.  For over a decade now, my life has been segmented by semesters.  I adore the semester system.  My children's births coordinate nicely with the semester calendar, a coincidence with Reagan, who was born a few days after the end of the fall semester in 2010, & not so much a coincidence with baby #2, due to arrive a few weeks after the end of the 2013 spring semester.  Baby #2's gender is slated to be revealed January 10 of next year, so stay tuned for that announcement, likely followed by a post or two on the joy & anxiety that accompany naming a child.

I remember driving home from Harding University my freshman year of college, incredulous that I wasn't expected back until the middle of January.  Having just taken all my finals, I had zero academic responsibilities for a few glorious weeks.  My bliss was interrupted as I drove (probably too quickly) south on 165 toward Monroe.  My mom called to tell me my dad was in the hospital with a blood clot in his leg.  His hospital stay had begun a few days earlier, but my mom decided not to tell me since I was taking my finals.  My dad travels a lot for work, & he'd recently been on a few plane trips & then spent about 10 hours in the car driving to & from New Orleans for the high school state football championships, & his body was protesting all the sitting.

The first person I saw when I opened the door to my dad's hospital room was Trey.  It was one of those moments that, were I narrating a first person novel, I'd have thought to myself, "I was surprised at how happy I was to see him; having been so wrapped up in campus life, he was a welcome part of the life I left at home every time I made the drive north back to school."  Home from Louisiana College for his break, we spent much of the ample leisure time on our hands together doing productive things like watching movies & playing cards, & before we returned to our respective colleges, we began dating at the tender ages of eighteen & twenty.  Awwww.  I know I must've wanted to spend time with him because I stayed up until all hours of the night watching absurdly dull movies like The Deer Hunter.

I don't have any pics of us from that winter, but this was taken a few months later, in the summer of 99 when I was a bridesmaid in my cousin Jennifer's wedding: 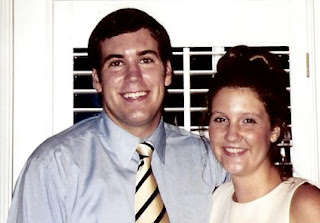 Not to leave you hanging, my dad made a full recovery & was released from the hospital a day or two after I returned home, & we all shared one of many, many wonderful Christmases.

Continuing the nostalgic frolic, recently we took Reagan to her first OCS football game.  It was a bit surreal to sit in the stands, pregnant, & watch her playing on the same set of bleachers I frequented for years & years.  I use the word surreal in place of the phrase "it made me feel incredibly old."  I remember thinking Winter Break was great in high school, but those two weeks (during which I often had assignments that were due once school resumed) were nothing compared to the nearly five weeks of irresponsibility college affords.  I do enjoy collegiate teaching, but I must admit it's always a thrill when Winter Break rolls around every year.  Of course, I'm not free of responsibilities now, but I can fulfill my duties to Reagan in pajamas for the most part. 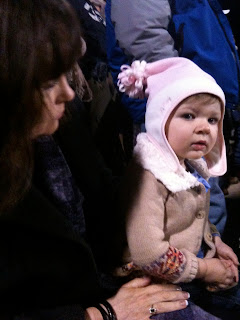 This time of year is very different when you have a child, especially a child with a birthday a few days before Christmas.  Have you ever been to Toys-R-Us this time of year?  Don't go!  The only perk is that they do have reserved parking spaces for expectant mothers, something every business should consider.   The inside of the store is completely overwhelming for me, & I am thirty-two years old; I can only imagine the impact on a child.  I ventured in alone one day, & after finding a few of the items I was in search of for Reagan, I saw this & thought it was something I needed . . . 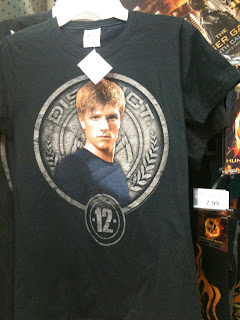 I started looking at the sizes, & then realized they were all child sizes . . . & of course no Peeta maternity shirts.  I decided it was time to pay for my purchases & leave.

It's not until you have kids that you realize you're not a child anymore, free to loaf around & goof off & play cards all night during Winter Break.  Next Winter Break, Lord willing, I'll have a three year old & a six month old, so who knows what I'll find myself coveting in Toys-R-Us (likely simply the chance to go to Toys-R-Us alone). 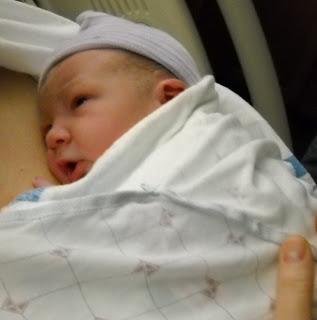 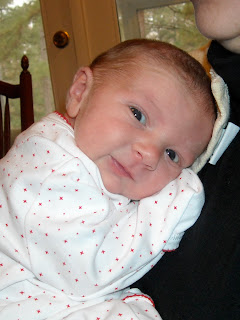 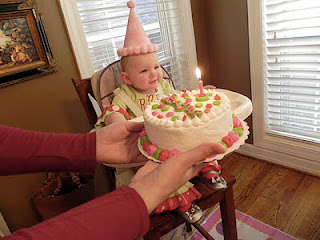 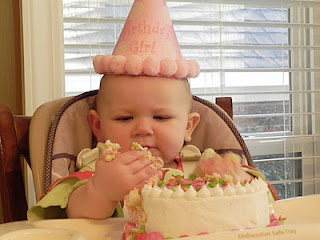 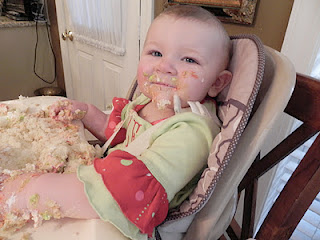 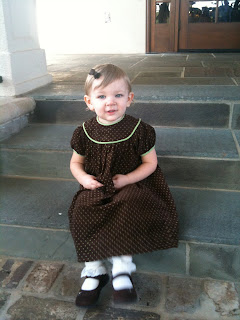 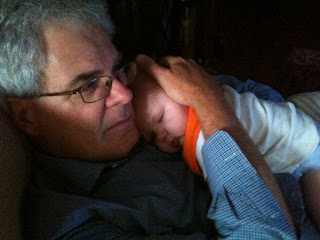 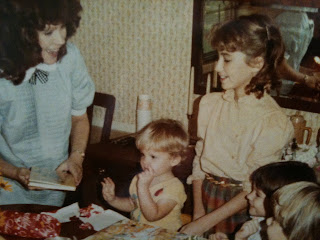 Do you see the piece of furniture over my shoulder?  That cabinet belonged to my great-great-grandfather.  It is a solid oak cabinet, & soon, Reagan's sibling will have his or her diapers changed on it once I put a little polish on it & buy two cute storage baskets to plug in the spaces where I removed the doors: 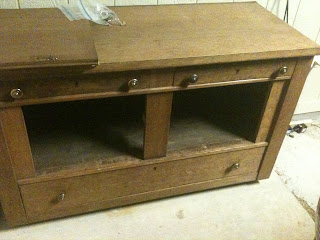