The Wait is Almost Over

Yesterday afternoon, I got in my car & the temp read 88 degrees.  Last night, I saw Pete Carroll on TV looking cocky as ever.  It's almost time, & we are prepared.

My mom gave me these shoes last May right after Trey & I announced I was pregnant.  She later admitted she bought them when Trey & I were engaged. 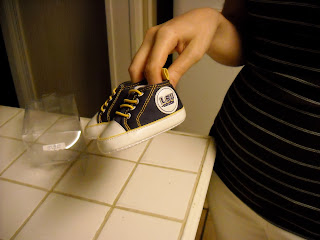 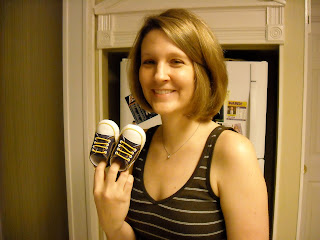 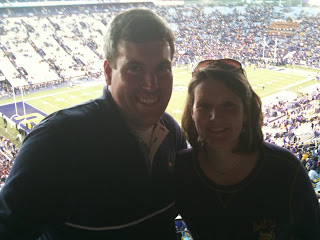 I was 8 months pregnant & swollen, but I was there. 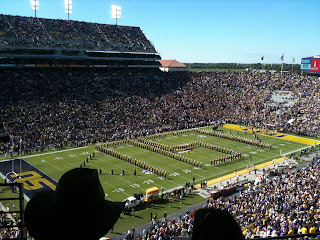 My mom took this next pic Saturday, December 11, 2010.  It's the last pic of me pregnant . . . I believe I also wore this shirt to the hospital when I was in labor.  It was one of the few that fit, & there's never a wrong time to show your Tiger spirit.  There could have been a wayward nurse who was an Arkansas fan; you just never know:

August is my least favorite month of the year.  It's hot, the excitement of summer is long gone, I'm tired of painting my toenails, & there's been no football for 8 months.  I'm eager for Reagan's first football season so she can begin learning the important truths of college football, beginning with Truth #1: The majesty of the SEC.

Everything is bigger & better in the SEC, even the bows: 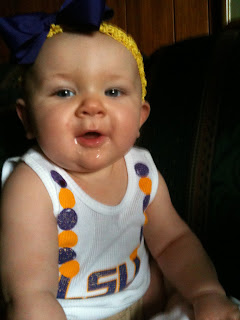 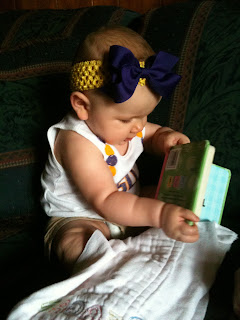 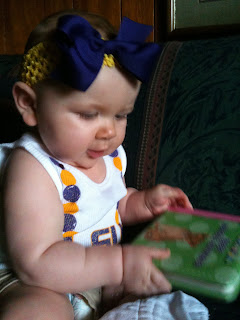 Truth #2: We cheer for LSU first & the SEC second*

*the exception to Truth #2: Alabama, who we never cheer for, ever ever ever, no matter who they play or how bad their loss will hurt the SEC.

Did someone say 'Saban'?: 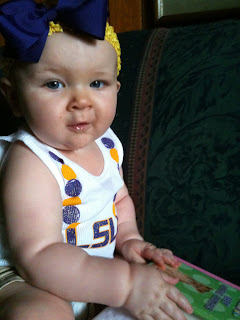 Truth #3: We still love Aunt Deni, despite her Auburn attachment, & we will pretend to listen when she talks about their ONE national title, a hollow victory considering the controversy surrounding their cheater quarterback. 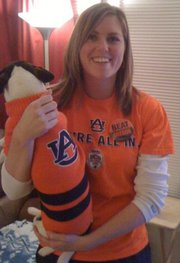 On a recent business trip to Baton Rouge,
Daddy found Truth #4 printed on a onesie: 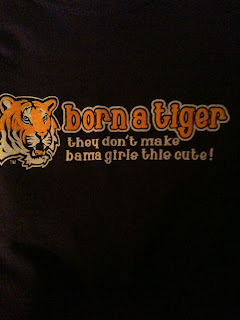 And he also found all this: 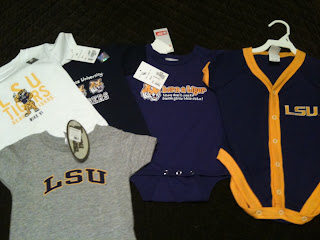 We're eager to see the Tigers kick a little tail: 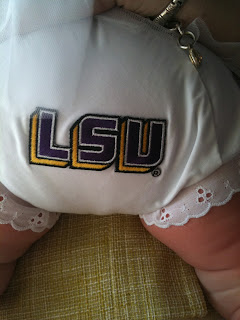 And maybe munch on a little duck: 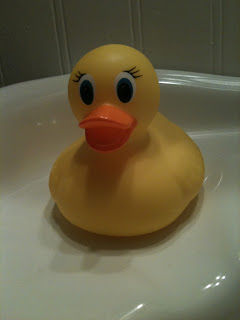 We think about it while we're eating: 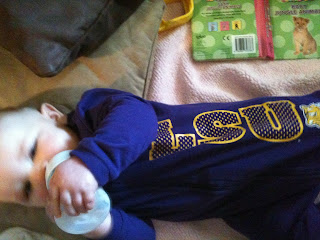 We're watching for signs of fall: 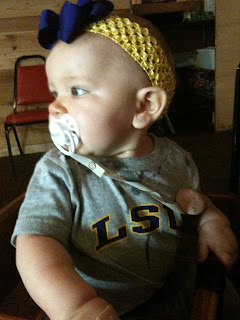 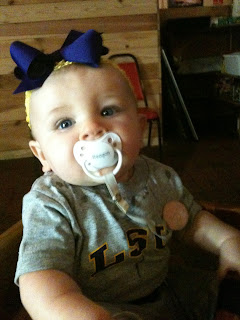 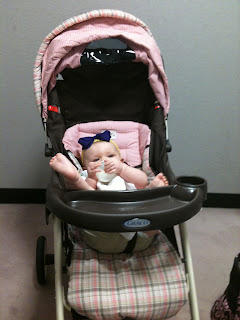 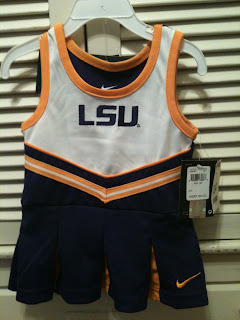