Last week I took Reagan to Tuesday Morning for the first time. 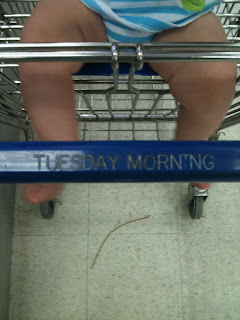 I rarely make it in there on a Tuesday morning (when they receive new shipments), but it's a goal of mine.  There's not as many flashy things to look at as there are in Target, but she enjoyed herself and even charmed a few employees. 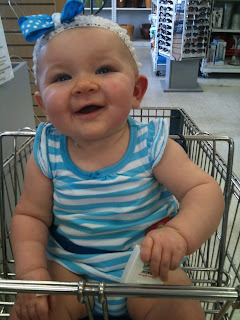 When she grew restless, I gave her the dental floss I keep in my purse (yeah, I'm cool like that), & she happily played with it/gnawed on it while I finished shopping.  We had a little lesson about irony as she chewed on the plastic box of floss in her continued and valiant journey to cut some teeth. 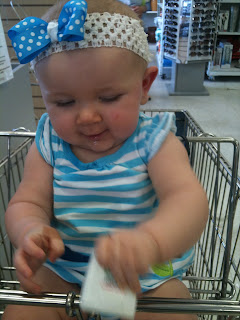 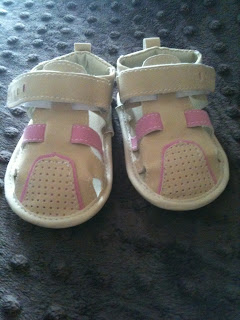 . . . for $2.99.  I'm trying to school her in the art of bargain shopping & thought this would be a nice precursor to what lies ahead: her first trip to an outlet mall.  When she's a bit older, I hope to take her shopping with the bargain hunting queen, her Aunt Kathy.  At present, Reagan is too young to understand or appreciate the strategizing, the flurry of activity, the elation when the amount saved is calculated, & the legendary stories that accompany her aunt's purchases.
AZ
Posted by AZ