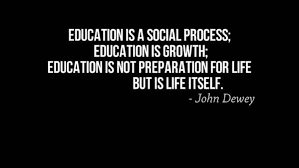 I begin with an update on all the adjustments in our lives. Last week I told you Trey had eye surgery, & last week we also began our journey with Reagan's new insulin pump. Things are going well on both fronts. Trey returned to the eye doctor Friday morning, & the doctor informed him his eyes are progressing nicely. He is officially no longer blind as a bat.

The first week with the new pump was not without a few hiccups, but that is to be expected. It is equipped with a variety of alarms. I have set it to alarm when she's running low. It also alarms if it feels it is not properly receiving a signal from the sensor that continually transmits her blood sugar to the pump. It alarms when the insulin in the pump is running low. Once I've learned the ins & outs of the pump, I will set some of these alarms to silent, meaning the screen will display the message, but Reagan won't be embarrassed in front of her classmates because she is beeping. The low alarm will stay on during the night, but I may turn off the sound during the day, at least while she's at school. She is a champ about alerting her teacher to lows, so it's while she sleeps that I really want the low alarm to sing for me.

We are still operating the pump in manual mode. I don't yet know when we'll transition to auto mode. We have to meet with a trainer to do this, & that training will take place in Jackson. There are a handful of schedules to coordinate, so for now I am thrilled to have the new pump. Even in manual mode the pump is quite exciting considering the CGM feature. CGM  = continuous glucose monitor. Go ahead & commit that to memory because this is not the last time I'll make that reference. Essentially, so long as the sensor is functioning properly, Reagan's number is continually displayed on her pump screen. I will likely dedicate a blog to how happy this makes me & how it is changing our lives, so at this time I will say no more.

As for me, I am not adjusting to the time change well. I am okay with the extra daylight in the evenings. I have more time to exercise at night once all my chores are done. However, I try to then go to sleep around ten, & my body (already alert from the exercising) thinks it is nine o'clock & is like, Yeah, hahaha, no.

Last week it was usually around midnight before I nodded off, & when the first alarm buzzes shortly after five am, well, even coffee often doesn't do the trick, & they frown on me drinking anything stronger while teaching. I do okay Monday & Tuesday. By the end of the week, the sleep deficit is mounting. Five or six hours of sleep coming off a weekend of good sleep is one thing. Five or six hours of sleep for consecutive nights adds up to a sleep deficit of about eight to nine hours, meaning I usually drag myself to school on Friday feeling like I've been robbed of an entire night of sleep. Now that I've taken the time to do that math, this all makes so much sense.

If you're curious, no, we are not on Spring Break this week. Spring Break is still not here. In a week's time you'll likely hear from me, & I will be full of glee because Spring Break will finally be upon us. The kids have school all week this week, & I have a four-day work week. The high school students begin their Spring Break a day earlier than everyone else. They have been released from school Friday so that they might prepare their faces, hair, & bodies for their Junior/Senior Banquet Friday night.

To answer your burning question, I will probably make an appearance at the banquet. Despite my tendency to snap at them in the morning before I've had my coffee . . . & yeah maybe sometimes after I've had my coffee, despite my forcing them to read Nineteen Eighty-four in this last stretch of their time in high school, & despite my general moodiness & tendency to respond sarcastically to everything, several of my students have told me I have to come, I have to see their dresses, & we have to take some pictures.

Here's the thing. Last year I went to the banquet. I wore a dress, I put on all the eye makeup, the whole bit. I took some decent pictures that I looked at recently with tears in my eyes because I cannot, cannot believe it's been a year since the pictures were taken. I cannot believe the people in the pictures with me are scattered to the wind, about to finish their first year in college. The clench of my heart is a small indication of what it is like to send a child off to college. Let me tell you, I am not, & I will never, ever be ready or in any way emotionally prepared.

It is difficult to shift from seeing people day in & day out, knowing when they're sick, when they're frustrated, when they're elated, etc., to rarely seeing them, to guessing as to how they're doing from the occasional text or passive aggressive tweet. They never return the detailed questionnaires I send them in the mail, which is immensely frustrating. Okay, I'm kidding, obviously. A few questionnaires have been returned.

For the last two years I've taught a young lady who has Type 1 diabetes. She comes in my room announcing her current blood sugar almost daily. I hate knowing I won't see her daily in the fall. I can safely predict I will text her occasionally to pester her about taking care of herself.

So, yes, I am going to go Friday to take some pictures. At this moment I have no idea what I'll wear, but the great thing about being thirty-seven is that I don't care, & no one there will care either. That, my friends, is true freedom.

So, okay, okay. I am crying a little bit again anyway, so let's take a short stroll down memory lane, beginning with these fine people who can eloquently explain the lesson Gatsby teaches us about the dangers of living in the past . . . so just a few pictures. 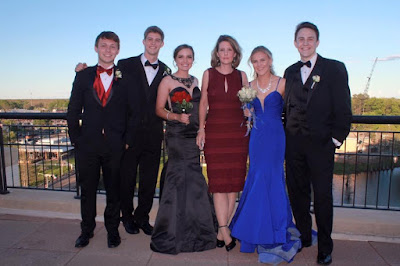 The sass is real with this bunch. I knew I'd miss them, but I truly had no idea just how much. 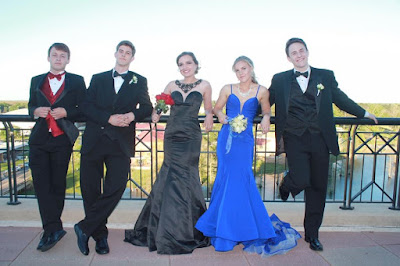 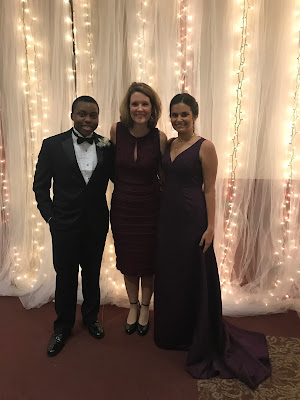 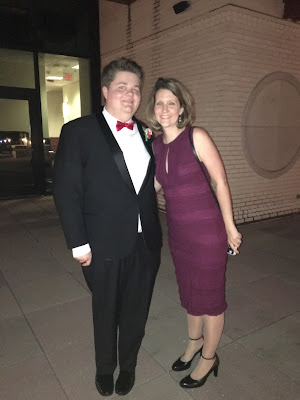 I'll go & take some pictures Friday night because I am glad I have these. This last week the seniors got their caps & gowns. For a few days their social media boasted picture after picture of them modeling their new caps & flowing green robes. My thought, of course, was This again!? Already!? The emotional roller coaster of falling in love with high school students who then leave you forever is not a primary reason I am returning to the community college, but I can't say that I will miss having my heart torn out & stomped to pieces.

Young people need normal, competent, unselfish adults in their life. This need doesn't diminish as they push through puberty, graduate high school, & leave for college. Talk to them. Spend time with them. Hug them. If you don't give them your attention, someone else will. They will continue to search for someone or something (or some substance) to fill the void. They may be one of the lucky ones who stumbles on a teacher or other mentor who pays attention to them, offers advice, etc., but they may not be so lucky.

You don't have to be a licensed therapist or have any type of formal training to give a young person a few minutes of your time. Sometimes a twenty minute talk with you, while it is a blip on your radar, means the world to them. It is twenty more minutes than anyone else is willing to give them. Let them know they can contact you if they're in trouble, if they need advice, or if they need to sit & have coffee with someone who is willing to listen to them.

A handful of twenty minute conversations six years ago continue to pay dividends for me & for the young lady who knows there is someone at the other end of the phone if she needs to use my number. If a few months pass & I haven't heard from her, I'll text her & see what is new in her life. She texted me last week to ask my advice regarding a new job opportunity. I felt I had no substantive advice to give her, but her timing in asking was perfect, unbeknownst to her. It's been six years since I taught her, but she is still asking me for advice, letting me know what's going on in her life, & sometimes just texting because there's a movie she wants to see or a new actor on whom she has a crush. At a time when I was pouting over the inevitability of change, she reminded me that the lapse of a routine in the classroom does not translate to total radio silence.

I'm going to segue a bit here to make one final point. My intent tonight is not to delve into the gun debate that's gripped our nation recently. I just want to make one point. Regarding arming teachers, I have seen & heard several teachers say they do not want a gun, that protecting students from an armed gunman is not part of their job. They are absolutely right; it is not & should not be part of their job. It is tragic that this is a discussion we are having. That said, few are the teachers who simply perform the duties outlined in their job description. I completely understand a teacher not wishing to be armed, & while I support arming teachers who do wish to carry in the classroom, it would not be a good idea to arm any teacher against her will.

I've never actually read a job description for any of the teaching positions I've held. I can't even imagine what it would say, but most teachers could write a book about the many things they have done & continue to do that are not part of their job. As it is with mothering, it is not possible that any teacher, even in the wealthiest of districts in this nation, can be adequately compensated for the thousands of little things that are done that are not part of the job description. The reward is not a swollen bank account; the reward is the unspeakable joy of witnessing the blooming of successful humans, people who don't see you as just a teacher confined inside the four walls of a classroom because you didn't see them that way. Talk to them. Go to their banquets. Take pictures with them. It may be a job to you, but to them, it is, to borrow John Dewey's phrase, life itself.

I shall return, the Lord willing, in a week's time. Likely topics of discussion: life with Reagan's new pump, Spring Break glee, the outfit I threw together for Junior/Senior Banquet, &/or how much I hate pollen. Stay tuned.