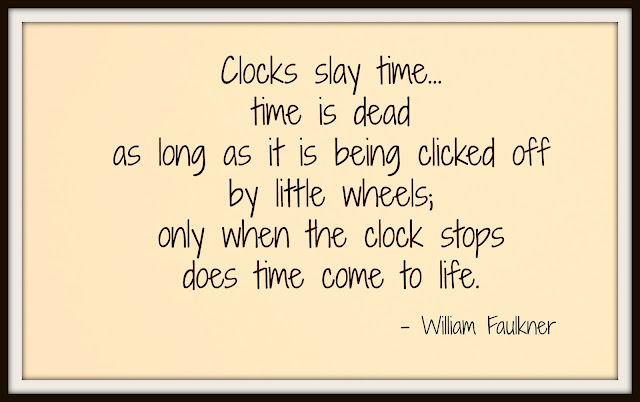 I begin with a Zeigler household health update. I have had better days, but we'll discuss my exhaustion momentarily. The past week brought interesting & positive improvements for us on the health front. Since we all lost an hour last night, here's the short version of recent events: On Friday, Trey had eye surgery to improve his (formerly) terrible eyesight. He wasn't a candidate for Lasik surgery (for reasons he explained but I can't accurately relay to you), so he had an eye surgery that yields similar results but has a slightly longer recovery time. On Saturday night, Trey & I successfully programmed Reagan's new insulin pump, attached it to her, &, and, sorted out all the details of the transmitter/sensor gadget that reads her blood sugar.

Obviously all of the above is good, exciting news. However, however, with new & exciting changes come growing pains. In the long run, Trey will no longer have to rely on glasses or contacts to see, & Reagan will enjoy the numerous benefits of tighter blood sugar control. The long run is nice to think about when you're in the thick of the short run adjusting to changes. The short run is sometimes an exhausting slog.

Trey's eyes are progressing nicely. He's been cocooned in darkness in the living room most of the weekend as his eyes are extremely sensitive to light. We closed the shutters tight, & he's been dozing & listening to books on tape all weekend. I don't know how much actual sleep he's gotten because he's been wearing sunglasses around the clock. I've been so busy doing the usual weekend laundry-grading-clean-the-house shuffle I haven't taken even one picture of him in his super cool shades.

I do know how much sleep I've gotten, which is not enough. After hooking Reagan up to the new pump last night, I put her in the bed with me so I could stare at her & obsess over things all night long. I knew I would do this the first night she wore the new pump, so I figured since we were robbed of an hour last night by the dictatorial Feds who run our lives, I may as well go all in & fret over the pump rather than try & get a decent amount of sleep.

My concerns regarding the new pump were (I use the past tense were rather than are because, for the most part, my concerns have been allayed) first (1) that we did something wrong either in programming basal rates or hooking up the pump & Reagan would either end up dangerously high or dangerously low. My second (2) concern was that the sensor she's now wearing, a sensor that constantly transmits her blood sugar to the pump, was not functioning properly. All night I basically checked the pump screen for her number, rolled over to sleep after seeing that the number was in range, & then got up to prick her finger to check that the sensor was working as it should. I don't yet trust the sensor is the root of this issue. My trust issues have not been completely resolved at this point, but the sensor technology & I are working through our issues.

I like the new pump. It's different. I could program her old pump in my sleep, so the newness of this one is a bit disconcerting. It will become familiar in time, but right now it requires a good deal of my mental energy, & mental energy is not something I have in excess lately. Today's level of tired is akin to I have a nursing infant tired.

We will use the new pump in manual mode for at least a few weeks before meeting with a trainer to begin shifting to auto mode. Right now, the pump functions in the same way her old pump did, except we do have CGM (continuous glucose monitoring) capability with the new pump. Reagan's number is constantly displayed on her pump screen, which is a new world for us . . . Reagan checks the screen about every two minutes to announce her number. We do periodically have to prick her finger to check that the sensor is not wildly off, but as my confidence in the sensor grows, finger pricks should be reduced from around eight a day to maybe three or four.

So. That's what's new with Trey & Reagan. Not to leave you guessing, I was not selected to serve on a jury last Monday morning, & the jury summons actually turned out to be quite a lovely blessing. Let me explain. Last Monday, I was given the gift of unstructured time. I dropped the kids off at school . . . & then I left. I got back in my car. It was extremely quiet in the car. I drove away. I sipped my hot coffee in the car while I listened to music that I find pleasing. I parked outside the courthouse & walked inside. I soon learned my service was not required. I walked back to my car, buckled, & realized the day stretched in front of me & there was nowhere I had to be for several hours. I almost cried.

Predictably, what I did next was get the oil changed in my car. The warning light had flashed the week before, letting me know the car was not yet furious with me, but warning me to change the oil soon or suffer under the constant, judgmental glare of the oil light. After the oil change, I remembered I was completely out of soap. I bought eight bars of Dove soap. I then went & got coffee at Starbucks. I sat down inside Starbucks & drank my coffee. It was surreal. I got out my laptop & cleaned up my email accounts. I read a few news stories. I made plans to eat lunch with Trey. We ate lunch at a real restaurant; we spent nearly an hour there. I was ready to see the kids when I picked them up from school.

My mood Monday night was the surest sign I could have been given that I am not cut out to be in a classroom from seven-ish in the morning until three pm, five days a week. Kudos to those who do it year in & year out, those who are fine with the manic twenty-minute lunch that might be slated for ten in the morning or as late as one in the afternoon. I'll tell you a secret. This blog was almost a rant about teachers who strike or threaten to strike. You've likely seen these news stories & are aware there are some unhappy teachers in various places across our nation. I do have some thoughts on teacher strikes, but after the joy last Monday's hour-long lunch brought me, I am not properly motivated at this time to discuss teacher strikes.

Teaching is one thing; I like walking in a classroom & teaching . . . & then walking out the door with my students, bearing no responsibility for them. I have two kids, & I want to micromanage their lives & their lives only. I know what my kids are having for lunch & if they need popsicle or field trip money. I know the details of their lives backwards & forwards. I know how many units of basal insulin Reagan needs every day & in what increments those units need to be delivered, which changes dramatically throughout her day. When the details of my kids' lives are the only details with which I am inundated, I usually manage like a champ. I felt like a champ Monday night.

Every year on one Saturday in March I seethe with rage over the time change. I used to tell myself to calm down, to roll with it, etc. Dante once said, "The wisest are the most annoyed at the loss of time," & so I will not calm down over the loss of an hour. Thank you, Dante. The few hours that comprise the weekend are so very, very precious to me when the other five days of the week are so incredibly manic, so overly scheduled & structured. To lose a full hour is just cruel. I experienced the glory of several unscheduled, unstructured hours strung together last Monday, & the experience soothed my soul.

If you're curious, we are not on Spring Break this upcoming week as are the parish schools. Our Spring Break is the week before Easter this year. I suppose it goes without saying that I am looking forward to it. I need some slow mornings. One of the surest signs of growing up & shedding the bliss of childhood is becoming a slave to the clock. I love Faulkner's line, quoted above, ". . . only when the clock stops does Time come to life."

One of the reasons I love going to the beach is because it is a vacation that isn't dictated by the clock (usually, unless you vacation with men who play golf). Yes, I love New York. I love seeing shows on Broadway & touring interesting places, but Broadway plays & scheduled tours require attention to the clock. I like to walk on the beach & not care what time it is & not know when we might eventually straggle into the condo. It's the best way to vacation with kids, because it is a vacation that naturally lends itself to their haphazard relationship with the clock.

I hope you've enjoyed this roundabout excoriation of our structured lives. I promise not to complain about the heat & humidity this summer because I will be so busy ignoring the clock, drinking La Croix, & reading until two in the morning I won't notice the oppressive weather.

I'll close with these pictures of the kids from earlier today. They're blissfully unaware they were robbed of an hour last night. They are slaves to no clock. 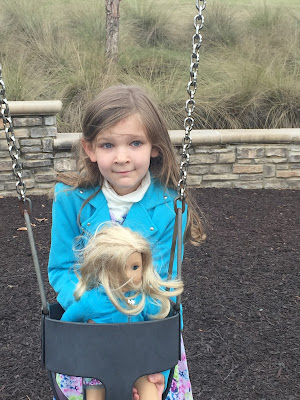 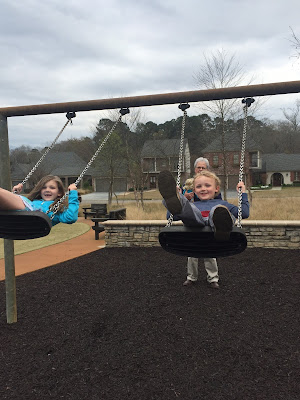 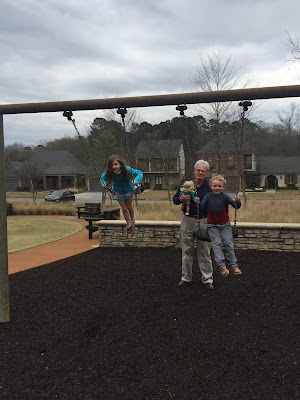 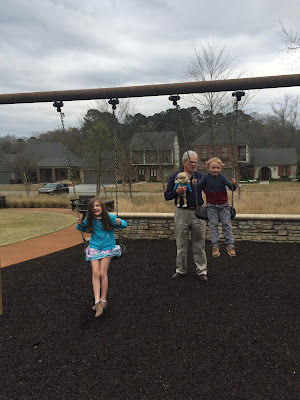 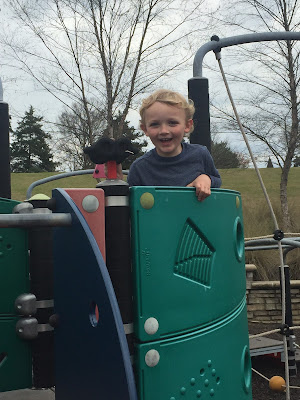 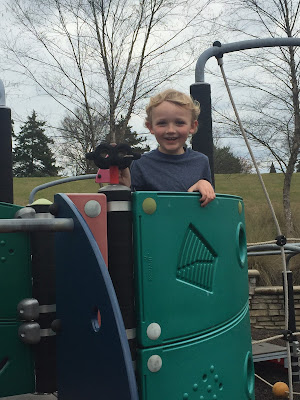 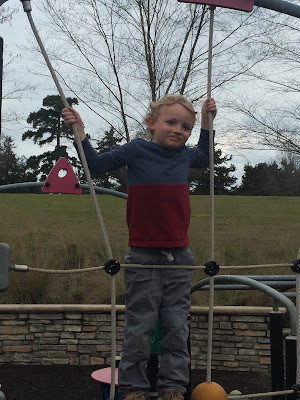