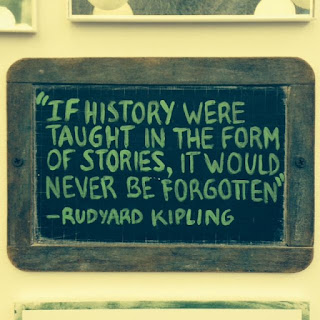 I need to begin with an embarrassing typo-related explanation.

In last week's blog in which I ramble about the stress in my life & how I am daily reteaching myself to stop worrying about perfection & having "clean toilets," I quote:

The goal is to always have toilet paper & insulin in the house & to keep the kids in clean clothes.

The above is what I intended to say, however initially the sentence read, "The goal is to always have toilet paper & insulting in the house & to keep the kids in clean clothes."

I don't know if I was autocorrected or what, but to those who read the blog before I caught the typo (which with my luck is probably most of you), please know that it is not a stated goal of mine to live in a house in which insulting is encouraged or praised. Sarcasm is of course welcome, but we draw the line at hurtful insults.

I have completely selfish reasons for writing. It's a dress rehearsal of sorts for me, a mental sorting of what I have planned for the classroom today, which - in my head - is a beautiful melding of three seemingly unrelated topics that I have, just in the nick of time, figured out how to cover simultaneously in what I think will be an effective way.

Last week, my seniors (yes, they're mine now, if you noted that personal pronoun) were introduced to the turmoil into which England was plunged when the Roman Empire fell. As you might imagine, students were (& remain) fascinated. We're on a collision course with Beowulf, which is inevitably the beginning of all true British literature journeys.

Our textbook doesn't contain all of Beowulf, which is something with which I can live, & I'm sure students will find a way to cope with it as well. More than falling in love with the poem, I want them to understand why it is significant, & so to that end I've been trying to figure that out myself.

Meanwhile, the seniors have been given their first major writing assignment. There was wailing & teeth gnashing before I'd finished reading the prompt. I thought about it & I thought about it, & I decided to begin with the first assignment in most English 101 courses (for which many of them will receive credit this semester), which is writing a narrative essay.

Naturally there were questions. Do you want us to write fiction? No . . . no, no, no. I reminded them that I don't know their life stories, nor do I have access to their memories or their thoughts, so I am not going to know what's fiction & what is not, but I think it best they work from actual memories (though I don't forbid fiction writing . . . I mean, that would be hypocritical of me). We talked about the fact that they are young, & they've not experienced some of the stuff of life that lends itself to gritty narrative writing, however, neither are they babes & I hope many of them did as I asked & spent the weekend diving in their well of memories for possible stories they wish to tell.

With Beowulf & narrative writing on the agenda, I had talked myself out of opening today's classes with a September 11 discussion, though I wasn't comfortable or satisfied with that decision. Imagine my utter glee when I realized that Beowulf, narrative writing, & September 11 have a common thread. Oh, yes, yes they do.

As I was typing up some Beowulf notes, I reread what I'd written: "The story of Anglo-Saxon civilization is the story of its greatest poem, Beowulf." The Anglo-Saxons weren't perfect, & they leaned a little too far pagan for my taste, but of all the groups who invaded & laid claim to England between the fall of Rome & the ascendancy of the first Tudor monarch, Henry VII (which effectively ended the Middle Ages), far & away the Anglo-Saxons made the largest, most significant impact on the land we know today as England, & on the language in which I weekly address you, English. Today we say England, which is a derivative of Englaland, which means, "land of the Angles."  Beowulf tells their story, & we have it today - literally it now rests in the British Museum - because someone took the time to tell it, & record it.

When I introduced their narrative essay assignment last week, every class wanted the same thing: a sample. Fair enough. I dug around on the Internet & in texts I have in the classroom & came away unsatisfied, so I told them I'd sit & write a narrative essay over the weekend, should time allow. I kind of suspected time would not allow, but I was hoping to give it a try; I was honestly excited about the prospect of sitting & writing. I did start about five different narrative essays. Inevitably, each time, at around the three-hundred-word mark, I realized I was writing something I would not stand & read aloud four times to sixty plus students. Personal stories are, well, very often personal. I have assured students I am the only one who'll be reading their essays, so long as they don't divulge anything that forces me to contact an outside authority.

Frustration was mounting. I had no narrative essay & was totally uncomfortable with my decision to say nothing about September 11 in today's classes. Then I remembered a comment I made to a student on Friday. Someone asked me about the essay's conclusion, specifically, Does the story we tell need to have a point (sometimes referred to as the moral of the story), or can we just conclude the story? I encouraged the student to think about why, of all the options, he chose to tell the story he did, & perhaps the answer to that question might reveal to him how to conclude his story, how to convey to the reader (that's me!) why the story is worth retelling, why it is worth recording. And then . . . then, kind of under my breath, I said, If you want to just ramble with no point, start a blog.

Ah, a blog. It occurred to me that I've been blogging for a few years & might possibly have written something along the lines of a narrative essay that might suffice as a sample for my students. I didn't find anything I liked until Sunday afternoon, when Facebook made its daily "Memories" assault, & this popped up.