The Rest of the Story


Now you know the rest of the story.
- Paul Harvey

In August of 2005, I was set to begin my second & final year of graduate school. Two days before the semester began, I got a call from one of my professors inquiring about what interest, if any, I might have in teaching a course for the Communication department that semester. Thus, two days later I found myself standing in front of a room full of college students who were probably as curious about my qualifications to teach them as I was.

A few weeks into that inaugural semester I gave some thought to what, if anything, I wanted to do to open up a discussion about the approaching fourth anniversary of September 11. The week the anniversary fell, I began one class period by briefly telling my students my September 11, 2001, story. Four years removed from the tragedy, all of the students in my class had vivid memories of where they were, when and how they heard, etc., & many shared their own story.


Every fall, I tell my story to my students, & then listen to those willing to share their own. In 2005, I stood in front of students who vividly remembered that horrific day. Most of them were in their teens in 2001 & heard the news from a high school teacher or principal. Today, on the eleventh anniversary of the attacks, I find myself standing in front of students who were in elementary school in 2001. The stories my students tell are becoming vague; there is little emotion in their voice as they quirk an eyebrow & attempt to remember the details of what their elementary teacher told them the day their country was attacked. They were likely shielded from many of the grisly details that emerged in the days following the attack, as children should be. The shift in stories I hear has been gradual, the details murkier & murkier as the years pass, but it's a yearly reminder not only of my own age, but of the importance of shared oral history.

My grandfather, a WWII veteran who will turn eighty-six this month, recently remarked with sadness that young people don't know about Pearl Harbor. What he likely doesn't realize is that this has been the case for years & years. When I was a graduate student, one of the most logistically difficult projects I was required to complete was to locate a WWII veteran & arrange to interview him. There aren't that many WWII veterans still living, & I quickly discovered that the few I knew personally weren't interested in being videotaped while they chatted about their wartime experiences.

Once I secured the name of a local veteran who was willing to tell his story, I arranged a time for the interview, & thus found myself driving to his home in Collinston one warm spring afternoon, accompanied by another student who had agreed to serve as videographer. My interview, & the interviews conducted by my fellow graduate students, became part of a national project that was underway at the time, the goal of which was to collect recordings of WWII veterans willing to share their experiences.

I sat, feeling very much like an intruder, in the meager living room of this man who had served his country, who fought for my freedom decades before I was born, & listened to him recount his travels during the war, the hardships he faced, the men he watched die, many of them on beaches in France on D-Day. I'd come prepared with a few questions, but I didn't know anything about the particulars of his experience before meeting him. I knew he was classified as a WWII veteran, but until the words fell from his slightly trembling, aged lips, I had no idea he'd seen D-Day combat.

I kept taking notes & nodding & smiling as he spoke, but I wanted to shake his hand, or hug him, or weep for a minute & say 'Thank you.' A history minor in college, I took a WWII class in which the war was discussed in extreme detail, but textbooks and lectures are impersonal, filled with maps & statistics (two things I've little use for). If the opportunity presents itself, sit & listen to a WWII veteran tell you about his wartime experiences. Very, very soon this won't be possible. The last of these men are dying, & soon we'll be left with maps & statistics, & hopefully the oral retelling of stories aged men shared with their children & grandchildren.

Today, I stand in front of students who not only don't know where Normandy is, they've no idea of its historical significance, not only in the American story, but in the story of the freedom the Western world enjoys. Students don't sign up for my classes if they need a college history credit, but I think it's the duty of every American teacher to teach a little bit of American history. When I show my speech students sample ceremonial speeches, two I always show them are Ronald Reagan's speech at Omaha Beach on the 40th anniversary of D-Day, & the speech he gave the evening of the Challenger explosion.  This links to the D-Day speech; this links to his Challenger address. I also use the text of the Challenger address (found here) in my English classes. In the closing lines, Reagan compares the astronauts to Sir Francis Drake in a moving analogy. The final lines of the speech, which read, "We will never forget them, nor the last time we saw them, this morning, as they prepared for their journey and waved goodbye and slipped the surly bonds of earth to touch the face of God," quote "High Flight," a sonnet written by John Gillespie Magee, a pilot with the Royal Canadian Air Force during WWII. This link contains the poem, as well as an interesting story about Magee, who died at nineteen during a training flight, & how his beautiful lines came to be quoted by Reagan. It's poetry, it's history, & it's a great example of a ceremonial speech.


Today, when I ask my students where they were on September 11, 2001, their faces don't fall the way my students' faces did just a few years ago. I tell them my story, & they smile as I paint a picture of myself as a twenty-year-old college student who was excited about attending a concert with friends that Tuesday night, & traveling to Baton Rouge that weekend to watch LSU play Auburn. I suppose that Monday night when I said my prayers, no doubt asking for safe travels for myself & my friends, I should have ended with Lord willing.

The American story is a good one, but chapters of it are lost to entire generations who didn't learn it in school, & aren't going to hear much about it from a media that is concerned only with the here & now. Tell your children your stories. Write them down while you still remember the details. Tell them where you were on September 11, 2001; eleven years have already passed. Tell them about their grandfathers, or great-grandfathers, or uncles who left home as boys to wage war. Tell them about the first time you cast a vote for the American president, & why you made that decision, & perhaps any regrets you may have. Your version of American history may be far more interesting to them than the textbook they struggle to read. Even if your stories don't interest them now, one day they will want to read them. One day, Reagan will watch & listen as the American president addresses the nation on the fiftieth anniversary of the September 11th attacks. She will smile & remember the story she's heard & read about her mother, twenty & carefree, watching the news with her college friends while they bemoaned their cancelled plans for the week & wondered how long it would take to find Bin Laden.


My English students usually groan a little when I assign their first essay, a narrative essay, but they perk up a bit when I explain that I want them to tell me a story. Personal stories are always more interesting than what eventually makes it into the history books, & the history books could use some competition anyway. In his speech at Omaha Beach on the 40th anniversary of D-Day, Reagan tells the story of one man, Private First Class Peter Zannata, who was among the fortunate few who stormed the beaches in France that fateful day & lived to tell his tale. This links to the text of Reagan's speech in which he quotes a letter sent to him from Zannata's daughter. Her father wanted to return to France; he wanted to see, "the beach, the barricades, & the graves." Peter Zannata died of cancer eight years before Reagan delivered his speech, prompting his daughter to write President Reagan, share her father's story, & request that she accompany  Reagan to France to make a return trip in her father's stead. Reagan obliged. Private Zannata's story became a part of his family's story, their history; his story is a thread in the tapestry of the American story, as are your stories.

On June 6, 1984, Ronald Reagan said to those gathered at Omaha Beach, "We will always remember.  We will always be proud. We will always be prepared, so we may always be free." Children can't remember what they never knew; they can't take pride in a history about which they are ignorant, & they can't tell their children stories that no one shared with them. We have to tell them. We can't assume they will walk out of American History class with an understanding of the sacrifices that have been made for them. When a nation forgets, feels they've no source of pride, & ceases to prepare, that nation forfeits freedom in principle, & soon thereafter, in practice.


This site links to various first hand accounts from survivors & eyewitnesses of September 11, 2001.  Send the link to your friends, to any teacher you know, to your kids. Take a moment to read a few of the stories. In five years, I will, the Lord willing, stand in front of a room full of students who have no memories of September 11, 2001, & I will tell them my story, & read for them some of these first hand accounts. 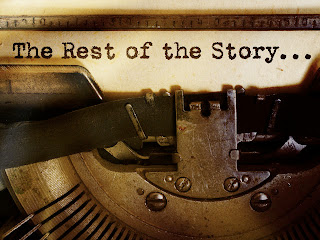