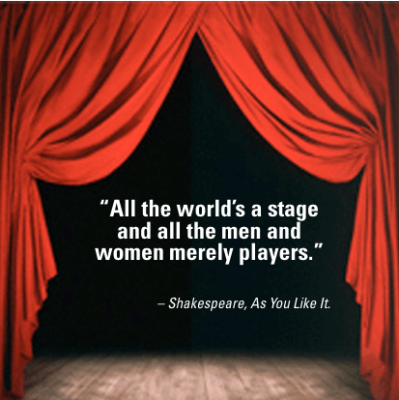 One day last week a student asked me the question I'd been somewhat anticipating (but hoping to dodge for a bit) since school began a couple of weeks ago. It was eighth hour, which meant I was done, done, done with the day. I have an all-senior study hall eighth hour which works out well because I am incoherent & ready to sit; I immediately do so after counting heads & logging the day's attendance.

I had just settled in my chair when a young man asked me if I was writing a book. I seized on the verb he used, writing, & replied that no, no I am not currently writing a book as the only free time I have at present is used to sleep & bathe. My reply didn't deter him, however, & he then asked if I wrote a book, to which I replied in the affirmative. Another young man joined the conversation & said he plans to buy the book & randomly quote it in class (& this one, oh, he will do it). Their conversation took off from there & ceased to involve me, so I happily dodged any further chatter on the matter & sunk into my chair.

Currently I don't have time to write a note on a post-it most days. Let me say this as plainly as I can: teaching is not the hard part about teaching. Yes, on days I do all the talking, I am physically wiped at the end of the day, but by the time I stand in front of my students, the hard work, the reading & mental toiling & planning, has been done.

Teaching in the sense that I am interacting with students is not difficult, & I typically thoroughly enjoy it; the hard part, the time-consuming, the I am exhausted & about to cry part, is preparing to teach, the manic craziness behind the scenes. At present I put on three shows a day, five days a week, & that takes considerable preparation. I am currently working diligently to merge two shows billed as Senior English & Honors Eleven. The reading lists for these are not identical, but their British lit texts are identical, & Mrs. Zeigler is about to make some fancy maneuvers that will ensure we all have a productive fall semester & are mentally sound & happy people come Christmas.

I despise feeling less than fully prepared, but it's my new norm. Even if students don't know I am unprepared, I know, & I feel guilty about it because I know if I had the time, I could do better, be better for them. It doesn't help that I really, really like them. I want good things for them. We've already met a total of eleven times. On a Tuesday/Thursday meeting schedule, which was always my teaching schedule at the community college, by the time I'd met with students eleven times, the semester was half over & likely I'd only seen a few of them maybe twice. This five-days-a-week meeting schedule is serious business. We are all up in each other's business. I spend the first few minutes of first period surveying everyone's attire in search of dress code violations & raising my eyebrows at a handful of gentlemen while they properly tuck in their shirttail . . . & then they all tell me what they plan to eat for lunch so I can log the day's lunch count. Give us another month & I'll be wiping stuff off their face with my spit.

In some respects I am eager for next year. Next year, when it is time to give a test, the test will already be typed out. I may have to alter it, but I won't be working from scratch. I do have some material that I inherited, & I am using some of it sparingly, but I like to create my own stuff. Sure, Lord of the Flies is Lord of the Flies, but I know what we covered in class, & how in-depth our discussions were, & what is & is not a fair question to ask on a test.

So while I know this year is the hardest, & I will, the Lord willing, have another year & another year after that to do it better, these seniors have this year & that's it, & I don't want my scrambling to mar their final year of high school English. My AP students will take the AP test once in May, & that's it. They don't get a second chance in a year or two when Mrs. Zeigler finally has her act together.

Saturday I took some carb-laden snacks to the family of Mr. George, of whom I spoke briefly last week. His surgery went well, & he is much improved since last I blogged, but he is still weak, hospitalized, & in need of prayer. His sons & their wives & his grandchildren are exhausted. I felt helpless & silly with an armful of cookies Saturday because I couldn't give them what they need, which is peace of mind, sleep, a return to a routine, &, well, a healthy George.

I was frustrated a lot this past week, going through motions - with my students, with my own kids, with friends who're in the middle of one of life's valleys - but tempted to prostrate myself before people & apologize for a lackluster effort on my part. Here, I bought cookies. No, I don't have grades on your essays. Here, I'll let this guy in this BBC video introduce the Dark Ages & explain to you why Beowulf is significant. No, not right now. Mama's too tired. On the other hand, at no point during the week did I break down in tears in public &, amidst sobs, mutter, I am trying. So there's that.

There was a moment on Saturday when I knew I was all in, that in a matter of weeks these teens have wound their way into my heart. When I stepped off the elevator in search of the recipients of the sheet cake & cookies in my arms, I heard my name; I heard, "Mrs. Zeigler," & I was immediately alert, my eyes searching. I looked down the hall & there, stretched out on a bed, his torso snaked with tubing, was a young man in my third hour Senior English class. He'd been absent on Friday & other students told me he'd been complaining of stomach pain on Thursday & into the wee hours of Friday. I rushed to his bed & the nurse who was wheeling him down the hall halted her progress so we could talk. I don't know what I said, exactly, but I bet my eyes were as wide as saucers. It was disconcerting to see a healthy young man who bounds in & out of my classroom daily in that bed; it tugged at me, & while I soon learned he'd just had his appendix removed & is going to be fine, the relief of hearing that was mingled with a little bit of surprise at how desperately I wanted to hear him say he was going to be fine.

I say all this to say that, first, today's blog isn't long or overflowing with cute pictures of the kids or infused with any special meaning because I need to take full advantage of the Labor Day holiday to plan out the week ahead (or maybe at least tomorrow) & put grades on essays, else my AP students will crucify me (& I'll be beset by more guilty feelings for blogging instead of being the best teacher I can be), & second, to say that if you hear me whining excessively, tell me to stop. I truly do love the job.

I know from my past experiences, such as the early days of motherhood & the early days of diabetic-child care, that things get easier, & in fact become routine. Things don't feel easy right now. As with motherhood & diabetic-parenting, the first thing I have to accept is that reality is rarely, if ever, going to match my lofty visions. My house is not, at this stage of my life, ever going to be as clean & organized as I'd prefer. The goal is to always have toilet paper & insulin in the house & to keep the kids in clean clothes. I'm learning to live with the fact that with diligence, it is possible for me to stay one day ahead in the classroom, but, at this juncture, not one month, or even one week, ahead. When they graduate in May, or in five or ten years when they're waxing nostalgic about their high school glory days, these students I see day in & day out will hopefully remember a few things about British literature, &, I pray, remember me not as the most organized (or the crankiest) teacher ever, but as someone who created a classroom environment in which they felt welcome, loved, & thus were eager to give me their best in return. Yes, students need me to be organized, but they also need me to be sane & happy & so once again, as in times past, I am searching for that balance.

I can't even begin to list all the positives of this life into which my family & I have been plunged.  I note that I've been consumed by school to such an extent that the presidential election & LSU football, while on my radar, aren't dominating my thoughts or my mood (because otherwise I'd be draped in black & checking myself in somewhere). At the moment I am immersed in the history of the British monarchy & trying to answer the age-old question, "How much background for Beowulf & The Canterbury Tales is too much background?" Texts in isolation are a hard sell to students & so the goal is to lure them with the soap opera that is British history immediately after the fall of Rome. I'm also waist-deep in Tennessee Williams's life, because, again, I am searching for balance.

My advice: if you ever find yourself brimming with confidence (in yourself, your knowledge, your abilities), cut yourself off a piece of the richest Humble Pie there is & find a teaching position. If you are a teacher & the students are the only ones learning in your classroom, you are doing it wrong.