In the fall of 1980, my mom received a phone call from a friend at church alerting her to begin praying for the election of Ronald Reagan.  Part of a prayer chain, she happily took her turn to offer a prayer for the election of a man many believed would turn around a flailing nation.  She was pregnant with me, about to give birth to her oldest daughter who would, thirty years later, give her oldest child the name of the man who indeed became the American President, assuming the role with such finesse that all men seeking the office since, regardless of party, have attempted to compare themselves to him at some point in their political career.

In the fall of 1984, Reagan's campaign ran an ad depicting happy Americans going to work, driving station wagons, getting married, & doing various other activities (while sporting some amazing 80s clothing and hairstyles).  A voiceover announced "It's Morning Again in America."  You can watch the ad here.  It's October, 2012, & Obama is seeking a second term, but he can't with any truth or sincerity run such ads as he stumbles along in the dark, refusing to change course or admit even one mistake, dragging our nation down with him.

Reagan left office over two decades ago.  As a nation we find ourselves aimlessly wandering from one crisis to the next.  Gas prices are rising.  In fact, they've more than doubled under Obama, & gas is being rationed in California. 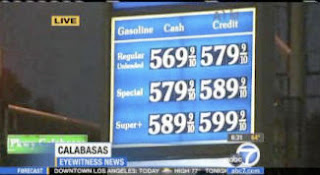 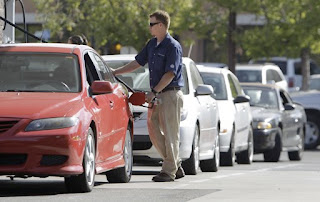 American ambassadors are being dragged from American embassies & killed, while American flags burn in the street.  As White House spokesman Jay Carney carefully explained, these are not attacks aimed at America.  Okay, Jay.  For weeks, Obama doggedly blamed the murder of an American ambassador on a video that was posted on YouTube, & has seen to it that the FBI descend on the filmmaker, because obviously if we can corral this rouge filmmaker, radical Islamists will lose their fervor for killing Americans.

As the Obama administration's lame video story unravels just weeks before the election, the Obama campaign claims Benghazi is only an issue because of George W. Bush Romney & Ryan.  Translation: if a high-stakes national election weren't weeks away, we could tell lies about the death of an American ambassador & the deaths of three other Americans & get away with it.  In related news, large cuts to our national defense have been announced, including a $129 million from Embassy security.

This links to audio of Obama on November 21, 2007, stating that the day he's inaugurated, Muslim hostilities will cease.  I think he really believed that radical Islamists disliked George W. Bush & they'd calm down once the outspoken Christian left the Oval Office.  That, or Obama indeed believes he is deity & can calm the Islamic world with a word, as Jesus calmed the wind & the waves.

There are striking similarities to the present day & 1980 America on the eve of the election of Reagan, however a few of the differences are cause for further concern: Carter is correcting Obama on foreign policy matters (isn't that a sign of the Apocalypse?), & our credit rating has recently been downgraded again.

Unlike Jimmy Carter, who was simply dumb, Obama believes he is a celebrity, & his priorities align with those of other American celebrities.  After refusing to meet with the Israeli Prime Minister & other foreign leaders gathered in New York at the United Nations (a useless body we host & funnel absurd amounts of $ to), Obama appeared on Letterman's show, The View, & took the time to share his thoughts on the recent hoopla surrounding the replacement referees in the NFL.  One of his advisors explained that, "If he (Obama) met with one leader, he'd have to meet with ten."  Clearly there's no way he can find the time to meet with ten different world leaders & maintain his couch time with David Letterman & the hens on The View.

Last week, Obama performed quite pathetically in the first of three debates, likely because he was simply stunned that anyone was questioning him & his failed policies.  He's spent years surrounded by people, including the national media, who feed his ego, & he seemed both shocked & irritated during the first debate that he was even required to attempt to defend his dismal record.  I believe he lives in some sort of alternate universe where he is untouchable, shrouded in a bubble of his own greatness, his decisions unquestionably the best possible solutions.  I pray that soon, the American voters finally knock him off the pedestal upon which he, with the help of the biased media, has placed himself for far too long.

Romney impressed me more during the debate than at any time in his political career thus far.  If any one line stands out to me, it is the question Romney insisted he will ask regarding the spending of federal dollars: "Is it worth borrowing money from China to pay for this?"  We know from the past four years that there are apparently few things Obama won't borrow money from China to pay for, our national defense being one of the exceptions.  While I imagine a President Romney will spend money on things I don't think are necessary, I believe he will answer "no" to the question he posed more often than Obama, & that alone is all I need to know heading into the voting booth.

Obama attacked Romney for a lack of specifics, but Romney eloquently espoused his principles, particularly on the role of the federal government.  I was happy to hear that question asked, for it is the difference in their views on the role of the federal government that shape these men, & thus their policies.  If Romney is elected & he sticks to those principles, I don't need specifics now.  All I hope for is a president who understands the original intent of "life, liberty, & the pursuit of happiness."  Not a guarantee of happiness, but a federal government that will get out of the way, literally reduce its own size, & allow America to heal herself.

Anyone who watched the debate who is not deluded by their allegiance to Obama knows that Romney has a better grasp on economic matters than Obama.  This was not simply an example of Romney possessing superior debate skills while Obama appeared to be struggling to remain awake; this was an ideological discussion, & Romney won because his ideas are superior.  Chris Matthews having a meltdown on-air was just gravy.

For your viewing pleasure, the most recent cover of The New Yorker: 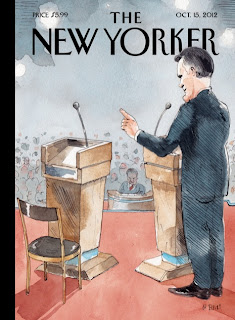 Tonight, the first & only debate between Paul Ryan & Joe Biden will be held, & the clever American people are having some fun online: 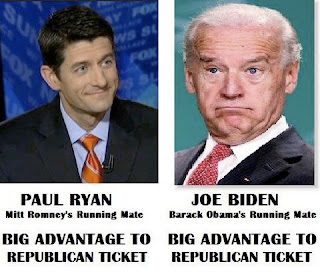 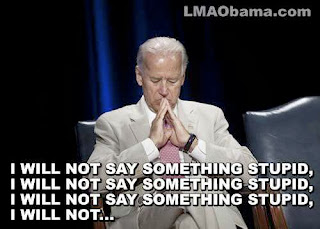 Anyone remember this Joe Biden classic . . . 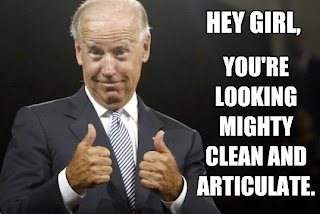 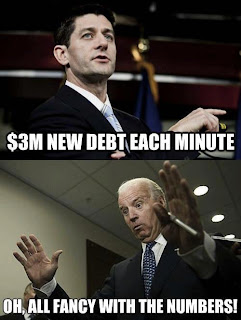 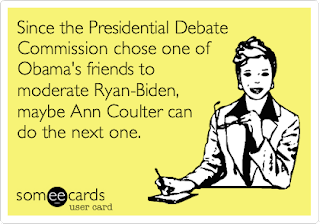 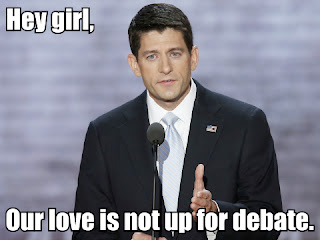 Enjoy the debate!  I am as excited about this debate as I am before the release of a Twilight film.  Not sure what that says about me, but there it is.  You didn't think pregnancy would divert me from politics, did you?  On the contrary, the stakes are even higher in my corner of the world.