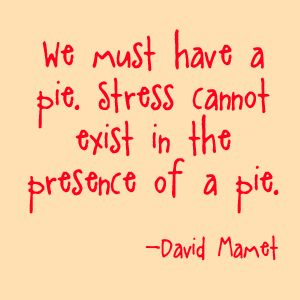 I'm not going to discuss social media today, which has more or less been the theme of the past few weeks, including this from last week, if you missed it & are interested. Today I'm going to discuss my recently haywire health.

The story ends like this: I likely have a UTI of some variety & am taking medicine that hopefully will deal with that, & - not coincidentally because they visit when I am stressed - I am recovering from a fever blister on my eye (the left, always the virus's destination of choice) that was so epic my eye was nearly swollen shut for a couple of days last week. I have avoided the computer as much as possible because, well, it bothers my eye, & as part of my continued effort to avoid the computer my plan is to type a terse blog. Also, I haven't really been able to avoid the computer because I am taking an online class - which has me completely stressed out because it's not a literature class, it's a technical writing class & I have no idea what I am doing - &, in addition to sitting in front of the computer doing schoolwork, I am doing a read-through of a novel for my publisher.

Aside from having to sit in front of the computer to read the novel, the read-through has been pretty pleasant. I'm not quite done. The novel (it's not mine) has been edited & combed through already, & they wanted a fresh set of eyes on it before publication, so I agreed. It is written in stream-of-consciousness. When I saw that in one of the author's notes, I was like, Whoa. Okay. Let's see how this goes. I tell you, he is pulling it off. As a writer I am learning things as I read; as a reader, I am just really impressed.

Anyway, in addition to reading through the stream-of-consciousness novel & doing schoolwork & trying to keep up with book club reading & taking care of my kids, I've been at the doctor's office. I know some of you reading have had UTIs & you're thinking, They're so awful! So painful! Well, this is what I've been told. They don't seem to bother me much, & so the few I've had just kind of hang around, lingering, meandering, causing me ever-so-slight twinges every now & then. In fact, I went to the doctor last Monday & told her I was of the opinion I either had an ovarian cyst, &/or there was something lingering from my bout with food poisoning. She asked me if I thought I might have a UTI. I said doubtful. She said if something were hanging around as a result of the food poisoning I'd likely be running fever & feel pretty awful. I said I once had a case of mastitis so awful I was hospitalized & never once ran any fever. She was like, Point taken. Then, then she said normally she'd do an ultrasound to check for cysts, but given the food poisoning, she wanted to see everything in my abdomen & was sending me for a CT scan. I was like really? So, I left Monday with an appointment for a CT scan on Friday morning.

Tuesday I got a call from the doctor's nurse. She said our lovely insurance company, to whom we funnel thousands of dollars a month, denied the CT scan. I told her we didn't want to pay for it out of pocket & to cancel the appointment. Basically the insurance company was insisting we do an ultrasound first, & so that was set up. The nurse also told me that while the doctor wanted to go ahead with the ultrasound, she was prescribing me an antibiotic in the meantime after seeing the results of my urine sample, which suggested my body was in fact attempting to fight some sort of infection.

While the doctor won't see the ultrasound until sometime tomorrow, the nurse said there was, "nothing remarkable," on it. Likely,  I have a UTI that's hopefully being eradicated with the antibiotic I am taking. I'd be very interested to hear other women's UTI stories. My body attempts to hide from me that I have a UTI, apparently, & so the infection is not treated promptly. A couple of weeks ago I had some mild pain in one hip. I thought maybe it was a cyst, or even a touch of arthritis. Am I too young for arthritis? I don't know. I've been kind of stressed out & so, yeah, my back's been hurting, but is it stress? Is it a UTI? Did I pull a muscle lifting Henry? I don't know. I used to think it was nonsense that stress could cause physical pain, but I don't think it is nonsense anymore. Stress cannot cause white blood cells to show up in urine, so far as I know, & so I've probably been suffering from a combination of a UTI, a lot of stress, & maybe a little bit of getting older. My body's been working hard to deal with things on its own, but finally it was like, Nah, I'm done helping. Here's a giant fever blister that'll render your eye useless for a few days & take two weeks to totally disappear.

I think I am going to go by my doctor's office after I finish the antibiotic & have them culture my urine to see if anything interesting shows up. The thing is, once I finish that medicine the sources of my stress are still going to be with me - the online class, mainly, but also Reagan's diabetes, the details of caring for two children, & the lofty goals I set for myself but never accomplish. I suspect my back might still bother me occasionally, & I want to make sure it's just the stress, or my age, or something for which an antibiotic is not needed.

Right now my eye is watering, protesting my attempt to type this up, so the clock is ticking. I know you're sad, likely wanting to hear more UTI details. I don't have anything particularly inspirational to say; perhaps you can leave your favorite inspirational quote or thought in the comments. I am tired & stressed; I need to rest, but that won't happen tomorrow because we are headed to Jackson early in the morning to visit the endocrinologist. It also likely won't happen the remainder of this week because my kids like to eat meals regularly, drink milk every five minutes, wear semi-clean clothes, & have their blood sugar regulated.

Moving forward, I've decided I am cool with a B in this summer's graduate class. Considering I don't fully understand the directions for most of our assignments, I hope for a B. I am also thinking about having a doctor prescribe a daily suppressive dose of something to ward off fever blisters. I've dealt with them all my life, but this past year they've returned with an alarming frequency & a few of them have been monstrous, impairing my eyesight for a day or two.

I can't think of anything less interesting to say than what's contained in the above paragraph. Forgive me; when herpetic sores are literally obstructing your vision, it's hard to think about or write about much else. I guess maybe herpetic sores are an improvement from the discussion of a urine culture? Maybe?

The doctor told me to try & rest. She said I could've had a mild infection for weeks, that the body can sometimes deal with UTIs without medication & mine may well have been trying, but I wasn't being cooperative. I didn't say much in reply. The thing about having kids is that you always have kids. You can't take a day or two off work to rest. You can't get a good night's sleep & forego checking the blood sugar. You can't tell the kids to wait & eat tomorrow. You can't take a nap & tell your graduate school professor you don't care about her deadline. You have to get out of the bed, get off the heating pad, & it doesn't matter if your back or your hip hurts, or a fever blister the size of Texas is blocking your vision, or if you've been told to rest. I am, quite obviously, having a low moment.

My little ills are minor. I know this.  I have a dear relative who is physically struggling with far more than my petty complaints; sometimes, as Margaret Thatcher reminded us, "You may have to fight a battle more than once to win it," but win it she will. Again. Last week was a long string of reminders of what I suppose I  know, intellectually: that we are frail humans, that whatever time & whatever measure of good health we are granted is a gift, not something we are owed. It all comes down to control. I need to feel I am in control, whether regarding my health, the health of my loved ones, or this insane graduate course. This battle to maintain the illusion that I am in control is one I fight over & over & over again.

The Lord willing, I promise to return to you in a week's time with something more interesting than a health rant. I'll take some pictures of the kids in Jackson & maybe try & read something interesting this next week & we can talk about that. I do think I'm going to begin writing a novel about a thirty-something woman who bores her friends with petty health complaints; I suspect there'd be a lot of interest in a manuscript like that.

Do you know who David Mamet is? He is an American author of plays, screenplays, essays, & has, I believe, also done some directing. When we were in New York in 2009 Trey insisted we see something that was not a musical, & so we saw a play titled Race written by Mamet. It was very good. The above quote is from his 1999 play Boston Marriage.

Aside from the humidity, it hasn't felt a lot like summer lately, & so with Mamet's advice in mind, I am (I not going to bake a pie) considering taking the kids to Cracker Barrel for lunch on Wednesday because their Wednesday lunch special is their delicious chicken pot pie, which I'd like to follow with a piece of pie (they usually offer a variety of fruit-filled pies in the summer). I'll keep you posted.

Hopefully my eye will be returning to its normal state soon & the antibiotics will do their thing & I can calm myself down, give myself a pep talk regarding the graduate class I can, I can, successfully navigate, & manage to do some fun, summer-ish things with the kids. So, barring an upsetting A1C tomorrow, we will eat some pie this week. It really takes as little as telling them to get their clothes on because we're going to Cracker Barrel to eat pie to fill the kids with unbridled joy; in this regard, I need to be more like them.

Focus your energy on problems you can solve, on people you can influence today, rather than things outside your control. Hug your loved ones; don't take your health or their health for granted.

As ever, Geaux Tigers. Pie & Omaha certainly do feel like summer.