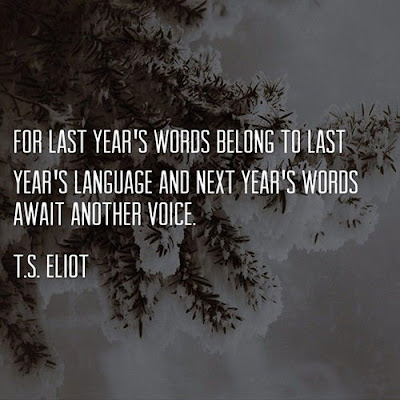 The Anna you knew last year would likely punctuate the previous sentence with an exclamation mark (!). Since last I blogged I've become a new woman, at least in a grammatical sense, & so I'm sticking with: Happy New Year.

It's unbelievable to me that only a week has passed since I recapped our Christmases for you, minus yesterday's celebration at my parents' house. It feels like so much happened that I won't possibly be able to convey it in one blog, & yet the children & I have spent untold hours in our pajamas.

I'd love to begin this brand new year with a long post filled with poetic thoughts about new beginnings and clean slates & whatnot, but that's not in the cards today. In 2017 I am, the Lord willing, with the help of some talented people, going to publish a book. I'm in the middle of editing the book right now. One day I'll tell you more about the editing process but I don't think I can adequately describe it while I'm in the middle of it. It is hard. It's really hard, & it is time consuming.

Editing is also emotional. An editor takes your book, your baby, words you slaved over, words you considered & reconsidered & rearranged & wept over, & she rips those words to shreds. She tells you some of the words have to go.

Going through these edits has been one of the most enlightening, cathartic experiences I've ever had. About three o'clock Saturday morning I was toiling away & came to one of my favorite sections of the book. The editor made some minor changes but the whole passage just sings now; I love it so much more. I read it & reread it & then I almost woke Trey up, but thought better of it since he hasn't read the book anyway & I was pretty sure he'd not share my emotions over the reworked passages.

A few of you read it once upon a time when it was a baby. It's growing up & maturing. I'll be honest & tell you that since I signed a contract to have it published I've gone through some stretches during which I didn't like the book much at all. I second guessed myself & decisions I made during the initial writing process. I needed time away from it, & my new teaching gig forced me to take that time, to turn my attention to something else. For the last couple of months I've rarely looked at the book; I forbade myself from thinking (& overthinking) about it. I knew the major edits were coming & the best way for me to prepare for those was to step back & not obsess over the book.

It is exhilarating to return to it, particularly now that unbiased eyes have gone over it with a fine-toothed comb. The last few days have been a whirlwind of emotions for me, so much so that I didn't watch much football & had very few hateful thoughts about Nick Saban. There've been so many Wow! and Yes! moments I've lost count.

Aside from grammatical changes, the other changes involve my beloved Dr. Foster. Sigh. It is so wonderful to see him again.

When I opened the edited document the first thing I noticed was a significantly reduced word count. The original document came in somewhere around 96,000 words. The edited document sits near the 80,000 word mark. I knew immediately that, aside from a whole slew of adverbs, the suggested cuts involved Dr. Foster.

When I wrote the book I just wrote it. Sounds deep, right? I didn't give a lot of thought to voice; I just put myself in Edie's head. I knew I didn't want to write it in first person because I wanted to leave the door open to other perspectives, other voices, & because first person writing frightens me. What resulted was, in retrospect, kind of a mess. I'm so thankful for an editor who was honest, who said: This. is. a. mess. She's also absolutely hilarious & her edit notes are keeping me in stitches.

As I wrote I'd slip into Dr. Foster's head & occasionally reveal his thoughts, & some of you may recall there are were scenes written entirely from his perspective because Edie isn't present at all. Those scenes are all gone. Poof! Something deep down in me knew they needed to go but I needed to hear that advice from an editor before I made the official decision to put them on the chopping block.

To say it's been an emotional weekend for me would be an understatement.

I loved writing from his perspective. I love a lot of his lines, his thoughts. However, it is her story & in the end it is a better book omitting his thoughts & the scenes in which Edie is absent. I am sad all over again typing this out & explaining it to you lovely people, but I suppose this is all part of the grieving process. Maybe as a means by which to cope I'll periodically share some of what is being cut on the blog.

Today I continue my journey through the edited document. Tomorrow I return to the classroom. I am so hopeful the children & I will enjoy a smooth transition back to the world of structure tomorrow, but I think it's going to be pretty painful. As of about last Wednesday we were all fully committed to a ten am wake-up time every day. The children's bedtime has gradually been pushed back over the past few weeks, & my usual bedtime during Christmas Break has been so abysmal I won't give you specifics.

I have a January 16th deadline to return the edited document. In addition to cutting Dr. Foster's voice (save what he says aloud, of course . . . & his, to quote Ursula, body language), there are a few other decisions I have to make that are causing me small bouts of agony. Perhaps we'll talk more about those next week (the decisions, that is, not the physical specifics of my agony).

On this first Monday of 2017 I challenge you to consider T.S. Eliot's words quoted above, to do what I've done in an effort to improve the little fictional world I created, & let go of voices that don't work, that provide little to no substance, that drag your story down. Next year's words - this year's words - await another voice.

A phrase I see often in the edit notes thorough which I am currently digging is "Inner dialogue: what is she thinking?" I'm writing (& in some cases rewriting) Edie's inner dialogue in sections of the book. How would your inner dialogue look in print? Would you be embarrassed to see it printed on the page? Would it encourage others? Would it discourage them? Perhaps more importantly, does it encourage or discourage you? Whatever resolutions you may've made, all change begins when we tame our thoughts.

What awaits you on the blog next week is as much your guess as mine. I have a pretty heavy two weeks ahead of me, what with reentering the workforce, retraining my body to rise at five am, teaching The Screwtape Letters to all the seniors, finding something educational & worthwhile for my eight juniors to do, & continuing my march through edits.

Here's to a wonderful 2017, a year narrated by a wiser, kinder you. May this year's voice be one that uplifts you, one that refuses to entertain or spread gossip, a voice that encourages peace & drips grace.