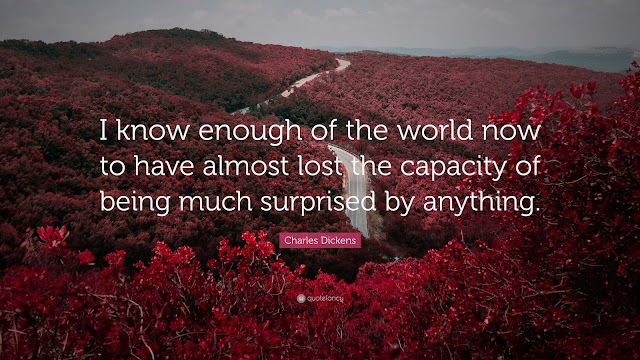 So, yeah, I totally swiped that title from C.S. Lewis. I toyed with a few others but always returned with longing to that one. When I left you last I was in my pajamas, in my bed, with my coffee. You might think little could vex me given that situation, however I was not in a good state. I was facing a mountain of school work (it's a perpetual, unmovable mountain & I am learning to live in its shadow) & I was admittedly incredibly glum about what I assumed would unfold last Tuesday.

In the weeks prior to the election, I spent more time than I care to admit mentally & emotionally preparing myself for what I was certain I'd hear Tuesday night: President-elect Clinton. I shudder even typing it. I entertained zero notions that Trump would win. It was with considerable heaviness in my heart & my limbs that I trudged through Monday. Everything in me wanted to stay indoors, in my pajamas, & make a considerable dent in the essay pile, but my mother had been insisting for weeks that Trey & I go out to dinner to belatedly celebrate my birthday & our anniversary. While that sounds lovely, what it meant Monday was that I had to put the essays down & shower & put on all the make-up.

At some point Monday afternoon I called my mom. I was this close to telling her I was calling it all off, that I couldn't spare the time or energy it would take to shower & dress & then go eat. Before I could say that, however, she told me she was coming to the house to get the kids around four. I knew Trey would be home around six, & using my rudimentary math skills I quickly realized I'd have two whole hours at the house all by myself. I am rarely at the house by myself. I'm rarely anywhere by myself.

She did indeed whisk the children away at four that afternoon. After she drove away, I threw myself across my bed & listened to the silence in the house for several minutes. Then I took the longest shower I've taken probably since before Henry was born. It was ah-mazing. Then I lit a candle & took my sweet time putting on make-up & drying my hair, getting up not once to wipe a rear end or fix someone milk. By the time Trey got home, I was in a decent mood & looked presentable. We had a nice dinner, discussing the absurdity of what we were both certain would happen Tuesday, a Clinton victory. Actually we discussed the absurdity of what was going to happen Tuesday, period, because either outcome was, even on the eve of the election, seemingly improbable. 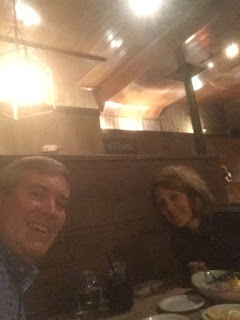 As lovely as my two hours alone were on Monday, they pale in comparison to the joy that slowly overtook me Tuesday evening as election results rolled in. My election night assumptions had been incorrect on two counts. First, I was sure Hillary would win. Second, I thought that if, by some chance, Trump won, I would be robbed of my otherwise unbridled joy over a Clinton loss by a Trump victory. As it turns out, it is exciting to watch Hillary Clinton lose an election regardless of her opponent. I remain skeptical of Trump's ability to govern in a way that will please me & honor the Constitution (because you can't please me if you're trampling the Constitution, which is why I am now a political free agent), however, however, my doubts about the president-elect aside, what is not a part of our collective vocabulary is President-elect Clinton, & that is something to celebrate.

I assume I was still riding my Clinton-loss high Wednesday because I felt pretty good at school all day & I was running on about three hours of sleep. I hear from my students all the time that they were up all night or they went to bed at three in the morning & while I don't actually yell at them, in my head I am thinking, Well, YOU ARE EIGHTEEN. Three hours of sleep at thirty-six is this whole other thing. I suppose Hillary inflicted one last bit of horror on me when she decided not to officially concede in the early hours of Wednesday despite my having propped my eyelids open for hours waiting to watch her say the words & ride her broom off into the political sunset.

Friday brought its own surprises. We're now in the thick of the football playoffs, & with a Friday night game five hours away, I suspected I'd spend much of Friday alone in my room. I was admittedly a little bit excited about this possibility. I saw the majority of my students in first hour & second hour. I bid the football players farewell at my door (okay I hugged them) & was surprised by how much I wanted to see their smiling, victorious faces on Monday morning, another playoff game ahead of them. I was surprised at how certain I was that, were I not responsible for two small children, I'd have made the drive down to the game. Admittedly the idea of any road trip to anywhere for whatever reason is appealing to me at the moment if for no other reason than to listen to (& sing) whatever I want, whenever I want.

After second hour, in rapid succession those students who play football, cheer, dance, or are members of the band were dismissed to begin the trek south, & as you might imagine, the remaining students who drive were scattered to the wind soon thereafter. I had two students in third hour & one in fourth. I chatted with them. I graded a good many essays. I ate the lunch a young man I ADORE SO MUCH brought me around lunchtime. 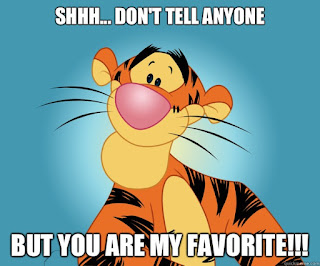 In the last hour of the day, when I am usually being highly professional & rolling my eyes at someone in my study hall, I sat in my room all alone. I turned off the music I'd played all day (a delightful mix of the Eagles, Queen, & Christmas music). I looked at the calendar. The weeks until Christmas Break are dwindling. This first year is almost half over. While I know I'll do it all again next year, the Lord willing, & it will surely be easier the second time around since I won't be working from scratch, my heart will be working from scratch because greater even than the surprise of how quickly my inaugural year in the high school classroom is passing is the (honestly completely unexpected) surprise of how much I like my students, my seniors.

I suppose waiting in the wings might possibly be more fabulous students whose acquaintance I'll make in the years to come. Maybe they too will make me laugh. Maybe their writing will inspire me & break my heart. Maybe they will worm their way into my heart & I'll find myself whispering their names when I say my prayers. Maybe.

That is perhaps what I love the most about teaching, the perpetual possibility for surprise. I love that you tell me your most recent ACT scores with grins on your faces. I love that you share yourselves, your heartaches & your joys, with me, & in all honesty the biggest surprise of my high school teaching experience thus far is how much I genuinely care. My default is to be closed off, selfish with my time, & even, yes, a bit callous on really bad days (but give me some credit for being self-aware, okay?), giving myself & my limited time & usually spent energy & emotions to few. That was certainly the case in my previous teaching post. I am in touch with few of my students from my days at the community college; there is only one with whom I am close, but I sure do love her. Over the five or so years I've known her, she's sat beside me in church, in the movie theater, at Chick-fil-A, & on my couch at home (do note that those are basically my sacred spots). She writes amazing poetry & shares it with me. If you're reading young lady: you know who you are & I love you.

Y'all are miracle workers, you crazy seniors, you truly you are. I find myself saying things to you that would shock the Anna of even a year ago. Things come out of my mouth & it's like I don't even know who I am anymore. Do you need more time? Yes, I can proofread that again. Yes, I will write that letter. It's okay if you don't love Hemingway. Yes, I will buy several poinsettias. Yes, I will pray for you. Do you want me to adopt you? You get the idea. I've given up all hope of getting ahead on school work (or laundry), at least this inaugural year. The to-do pile grows & grows seemingly before I can put a dent in it, but my heart has grown three sizes as well.

I hope y'all run the world in a couple of decades because it is in desperate need of your brainpower, your levity, & your hearts. There is honestly nothing you might accomplish in the future that would surprise me. Go to medical school, go to law school, go to the moon, go to the White House, & when you do, remember the softie who taught you English.