Mom On The Couch 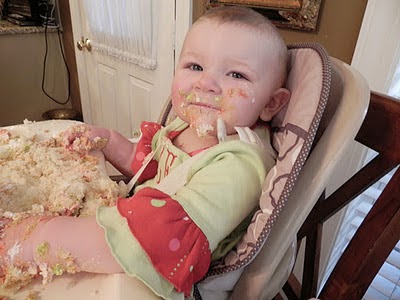 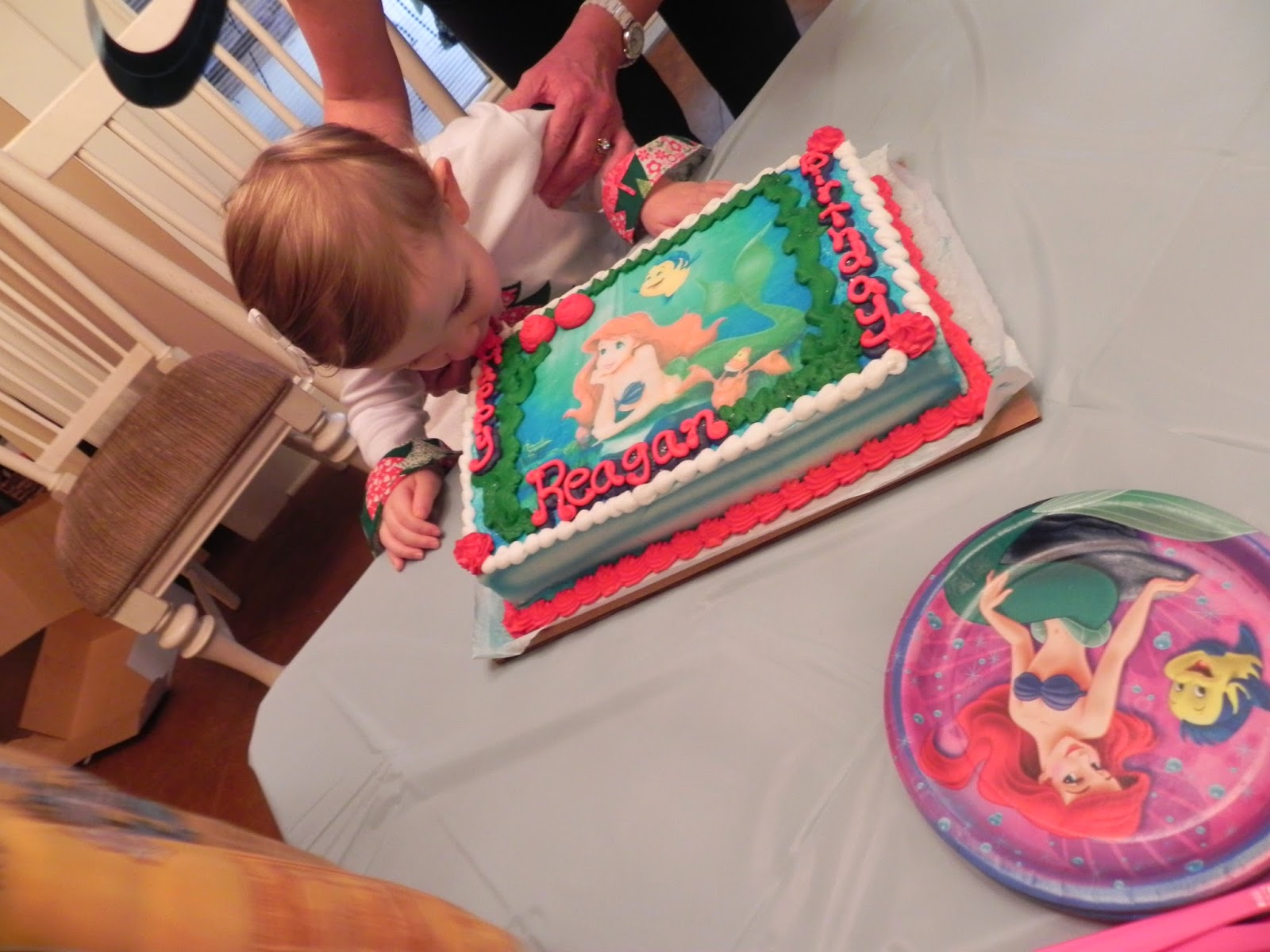 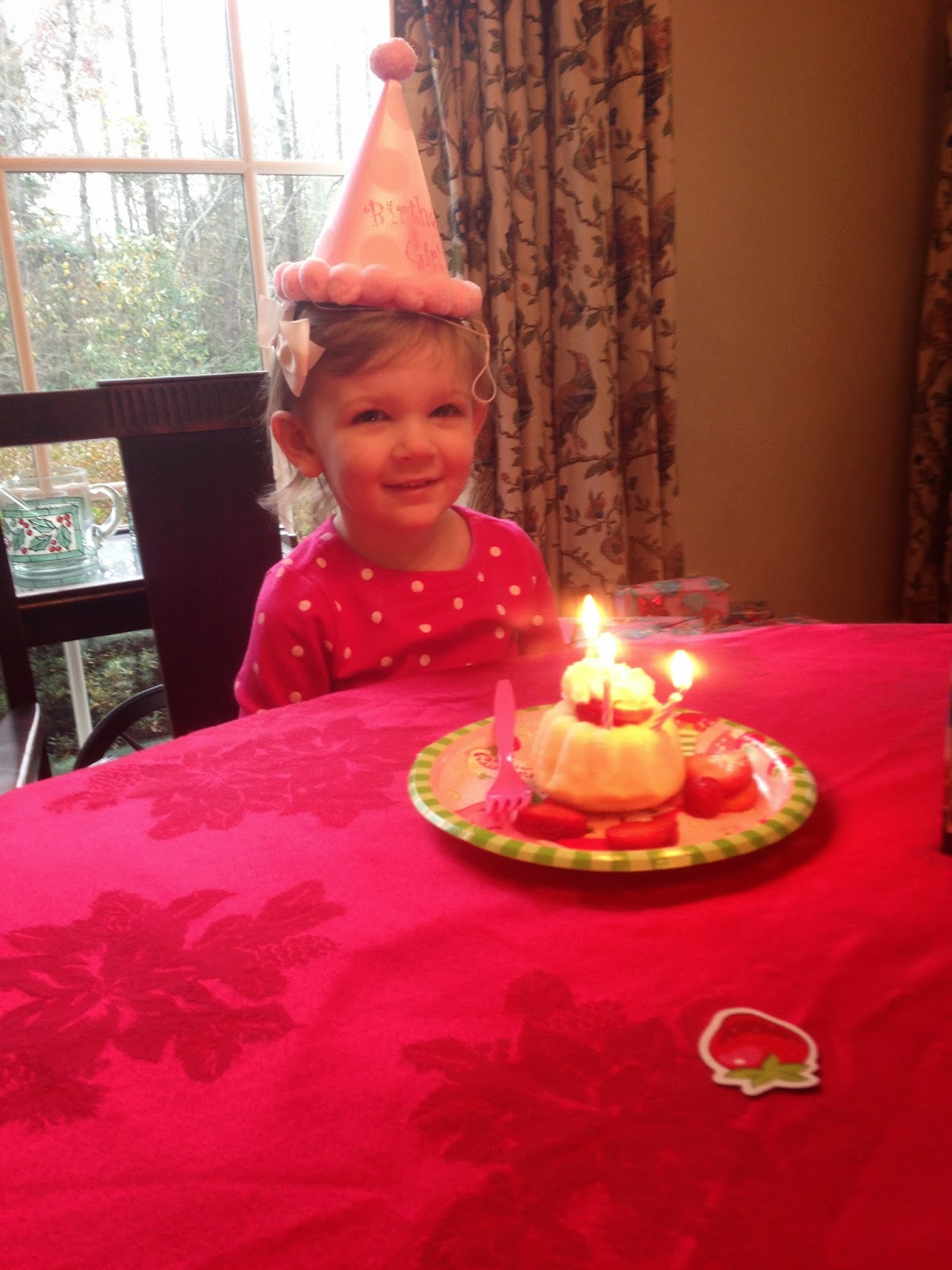 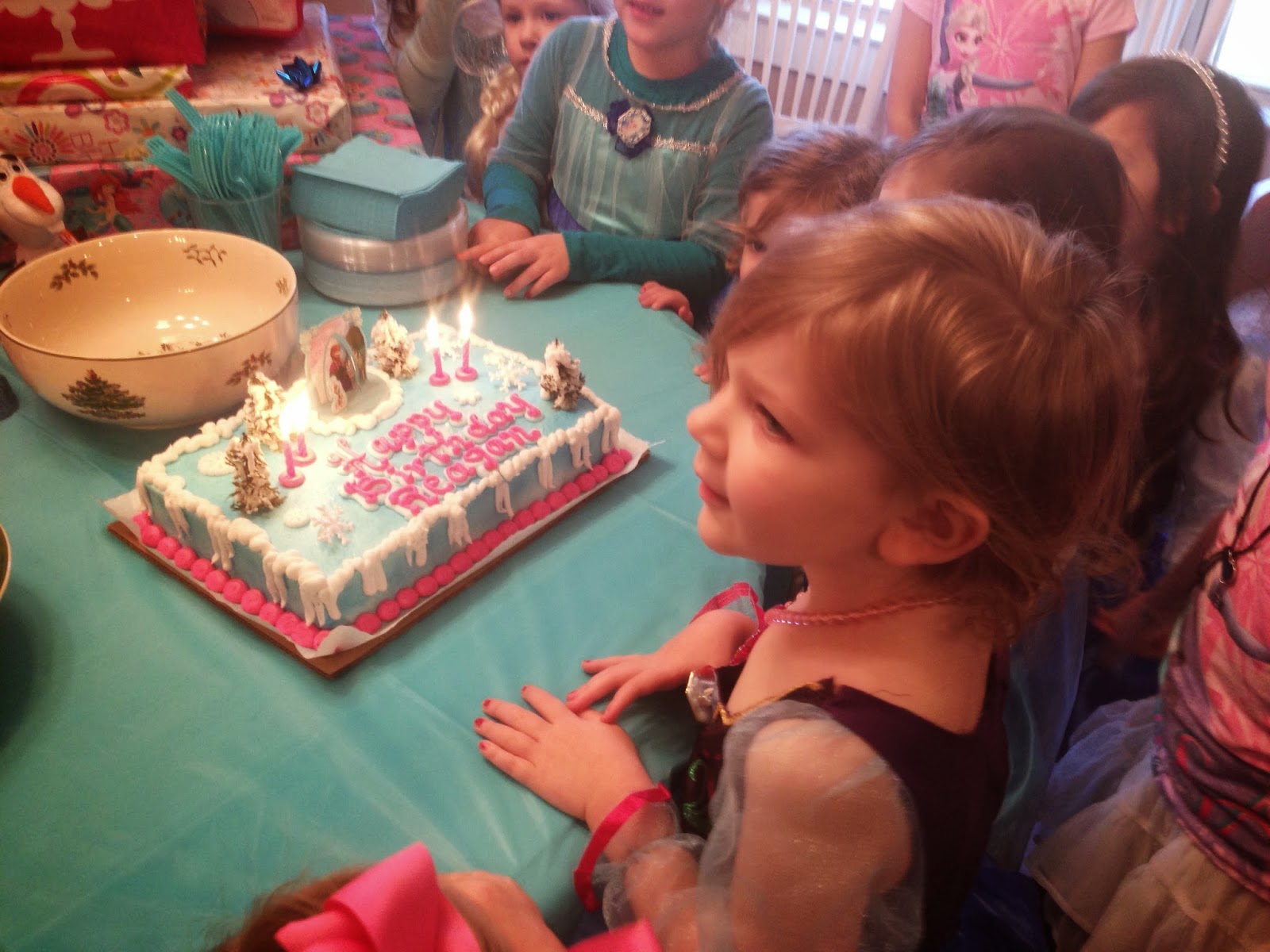 Reagan is four, Papa is sixty, & I, well I remain thirty-four, but certainly aged just a little on Saturday, for on Saturday, this happened in my house: 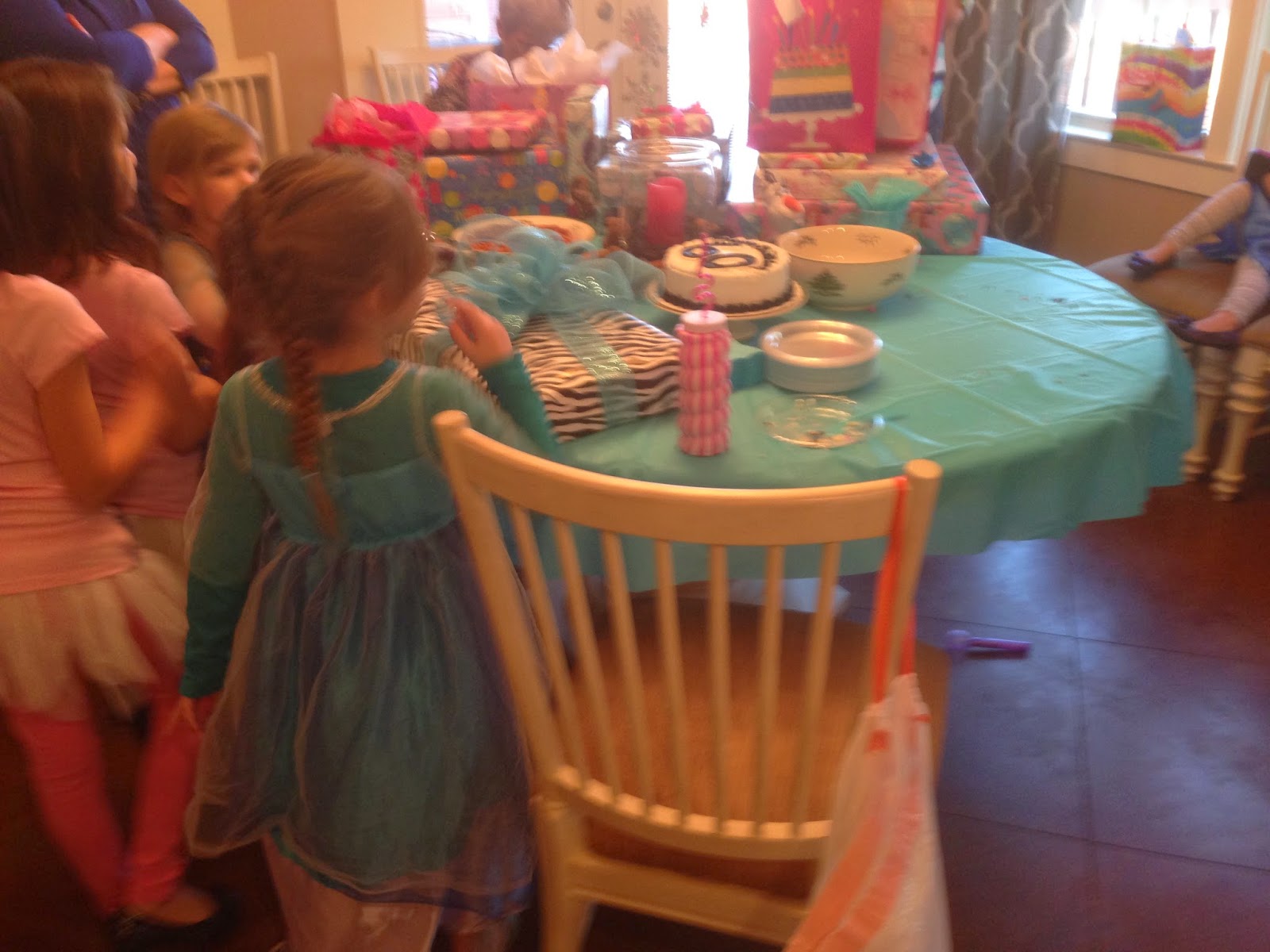 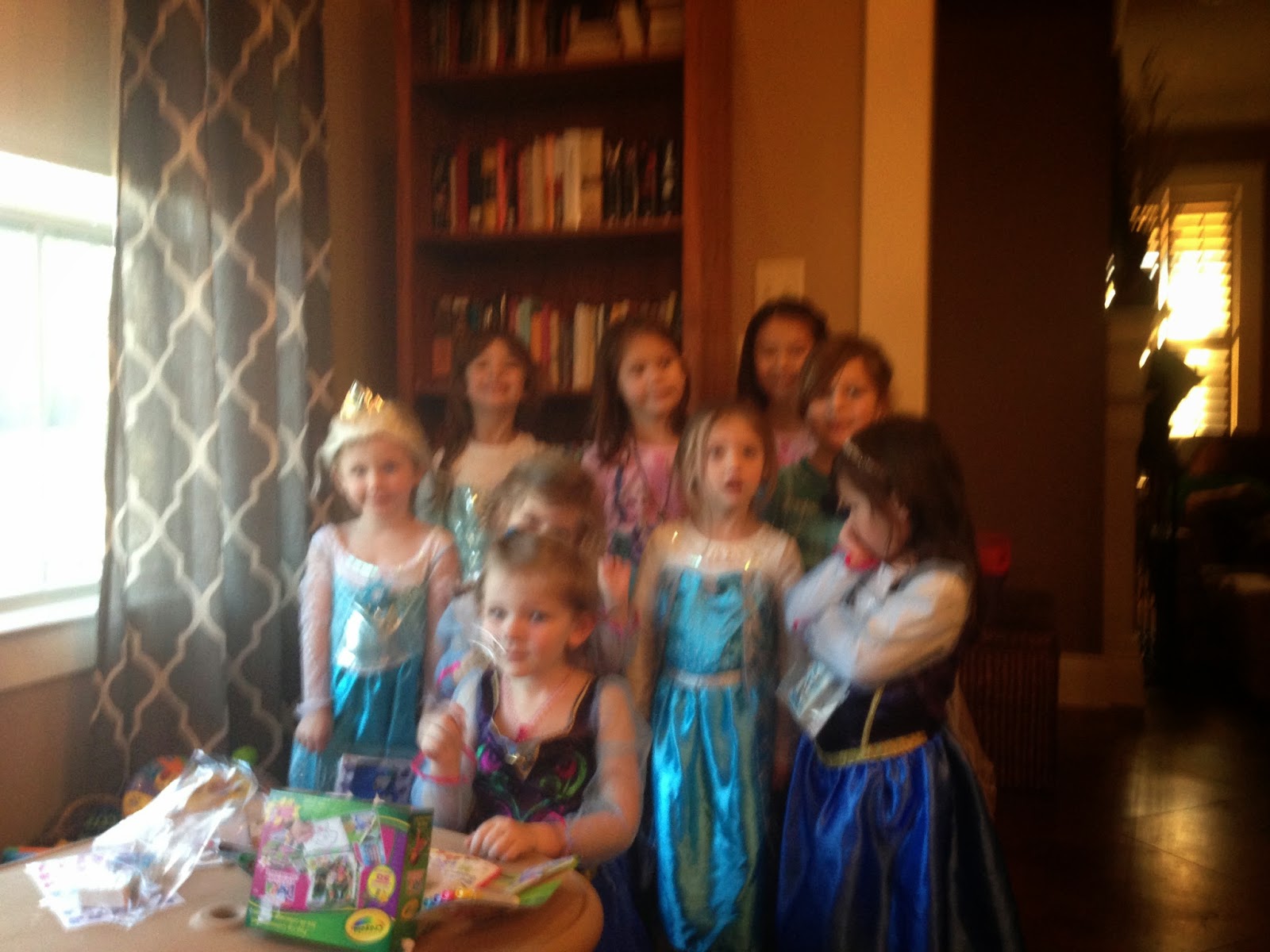 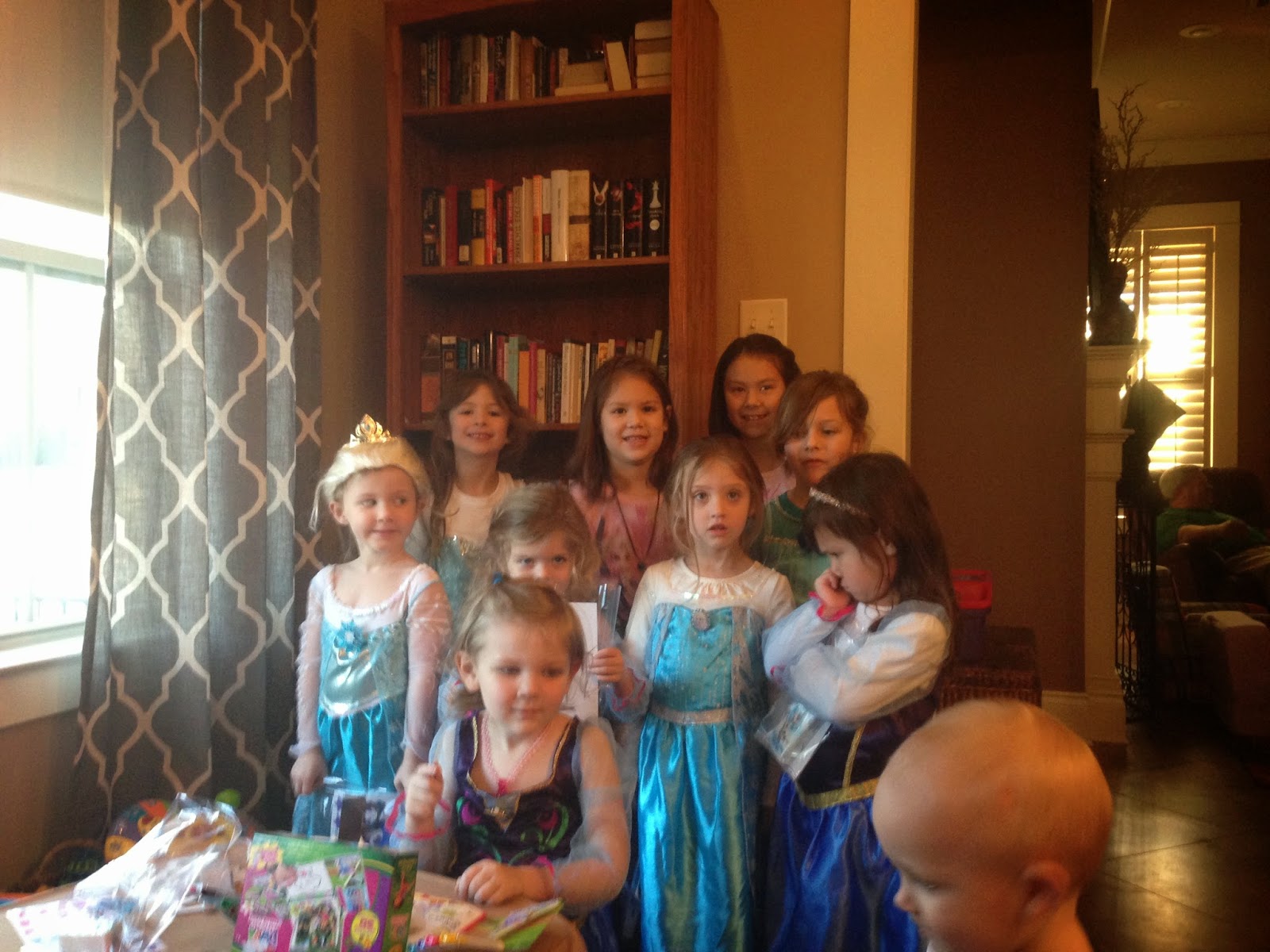 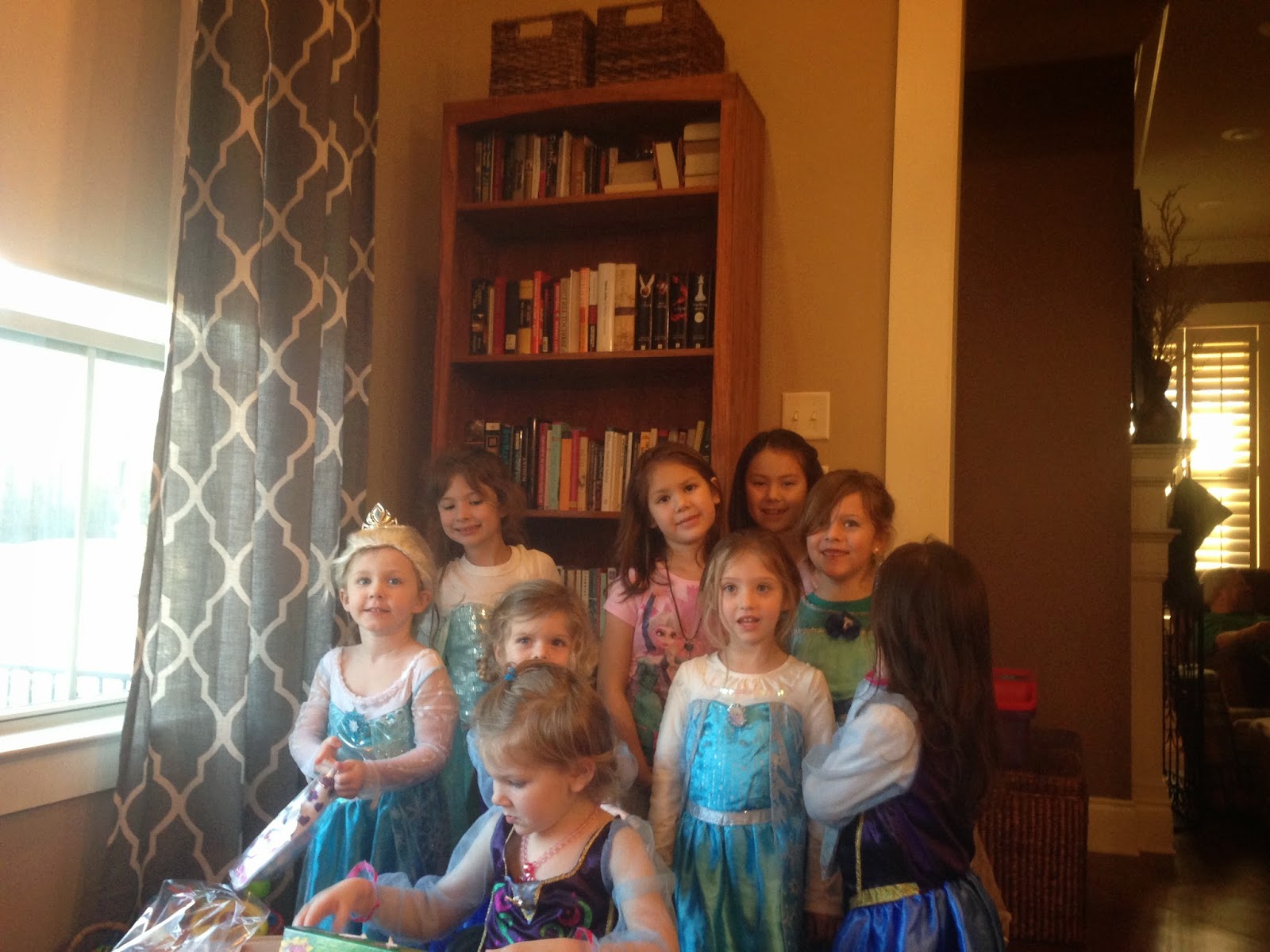 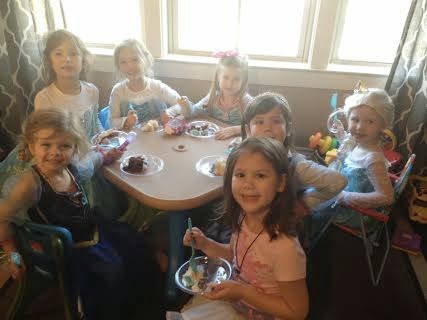 The above photos were taken after one Queen Elsa & two Princess Annas had made their exit, so you can imagine the regal frigidity in our home when the party was in full swing.  I think Trey is still in shock over the fact that so many girls were in the house, in full Frozen regalia.  I tried to explain the concept of the party to him, but until he saw them all, a throng of Disney royalty bustling from room to room in our home, I don't think he believed me when I said that what they enjoy is wearing the costumes, & playing.  That's their ideal day; it's their version of book club.

After hosting Reagan & her royal court, please know that this may not be the most eloquent thing I've ever written, but nonetheless, I forge ahead.

If you vomited last weekend, I apologize.  I planned a party, so inevitably, someone was going to vomit, or begin coughing & snotting, & an unexpected, schedule-killing trip to the doctor (or vet) was thus added to the list of to-do items.  Henry was the victim last time, coming down with the croup in the early morning hours the day I planned to host his first birthday party.  This time, it was the dog who fell victim to my party planning.  Sophie was not herself all day Friday & was uninterested in her dog food, & then began vomiting late Friday night.  So, in addition to picking up the birthday cake & buying balloons & flowers & various other things that needed to be purchased the day of the party in the interest of freshness, taking Sophie to the vet was added to the to-do list.

Trying to keep a smile on my face despite party pressure (insert sentiment from Trey here), I thought a vet visit could work out nicely, since it's time for Sophie's annual shots anyway.  I'll spare you the details, but my mom, bless her, ended up taking Sophie to the vet, where it was determined that Sophie was likely nauseated due to consuming large quantities of human food, courtesy of Henry.  Henry's nose was stopped up most of last week (because I had the audacity to plan two parties in a week's time), & so his appetite wasn't what it usually is, & he generously shared what he didn't want with the dog.

The vet gave Sophie a shot & some pills for nausea, & my mom relayed the vet's directions to let Sophie rest & to withhold her food temporarily.  So, per the vet's instructions to let Sophie rest, we opened our home up to more than a dozen young children, which everyone knows is a sure way to soothe a dog's nerves.  My silver lining scenario did not pan out, by the way, as apparently they won't vaccinate children OR pets when they're not feeling well.

So, getting Sophie's yearly shots remains on my to-do list.  Sophie is, by the way, on the mend, & I am going to double down on my efforts to keep Henry away from her whenever he has food in his hands, which of course is each of his waking moments.  Between refereeing Henry & his food & Sophie, & counting every last carb Reagan puts in her mouth, I am beginning to understand the considerable weight on Michelle Obama's shoulders; food policing is not for the faint of heart.

Thankfully, the necessary vet visit was the only party hiccup.  Costumes were donned, toys were strewn, fun was had, cake was eaten, & presents were opened.  I have hazy memories of all this, but the pictures on my phone, as well as pictures that friends have texted me, confirm these details.

Reagan is blessed to attend church & Sunday school with, &, I pray, spend her formative years with, a host of wonderful young ladies whose current passion for Queen Elsa & Princess Anna reflects their mothers' slightly more mature passion for the stuff of life, their husbands, their children, & ensuring that one day, we will all wear crowns in a palace far more glorious than my humble home.  To the parents of these young ladies: thanks for making the drive Saturday (which for some is considerable), thanks for your generosity with your time, which I know is precious in these last few pre-Christmas weekends, thanks for celebrating Reagan with us, & thanks for your dedication to raising Christian young women to whom Reagan can turn as she ages & must begin making the hard decisions of life.  To everyone else reading, if you're currently raising a young man who finds himself looking for a suitable companion in about fifteen years, send him to my church, because it will be the equivalent of a debutant ball in a few years.  Do understand there won't actually be a ball, because we don't dance (on principle, not because we lack rhythm . . . standing on principle is cooler than lacking rhythm), but beautiful young ladies abound.

Saturday night, I finally sat down.  I read a few pages of Pride and Prejudice, but quickly realized attempts to read Austen at that time would be in vain.  I was too tired to do more than scroll Facebook, & drool a little as I fell asleep.  I am on the precipice of what my sister has elatedly referred to as some of the best pages in literature (correct me if I am misrepresenting you, dear Jessica), & so I didn't want to slog through it, exhausted, knowing I would reread it all again anyway.  Facebook perusing requires considerably fewer brain cells than reading Austen (or than reading anything, really), & so I indulged in a little mindlessness, most of which involved posts & pictures about where moms the world over are placing their children's Elf on the Shelf.

Have you seen these little creatures?  Are you aware of this phenomenon?  I have not purchased an Elf on the Shelf, & I don't know if I ever will.  Sometimes I feel Elf on the Shelf guilt; Saturday was not one of those times.  I smiled at some of my friends' elf-creativity, but my thinking Saturday night was decidedly anti-elf.  Is there an elf-pass for a mom who is already up at night checking blood sugar, trying to calculate insulin dosages through the fog of sleep, & doesn't need the added stress of inventing new & creative places to situate an elf?  How about an elf-pass for standing up for twelve straight hours decorating & cleaning & fetching & wiping to ensure birthday bliss?  How about an elf-pass for turning my back on Mr. Darcy all weekend, putting the health & happiness of everyone, even the dog!, before my own.  Yes, hi, my name is Anna & I struggle mightily with selfish desires.  My peers cheerily rotate elves around their homes so as to bring their children holiday intrigue & merriment, while I sneer & declare myself Mom on the Couch.  When my kids are both asleep, an elf is the furthest thing from my mind; I want Mr. Darcy.  And some decaf.  At least I am honest.

Also, because I think this is hilarious, I don't know if I'm Elf on the Shelf owner material: 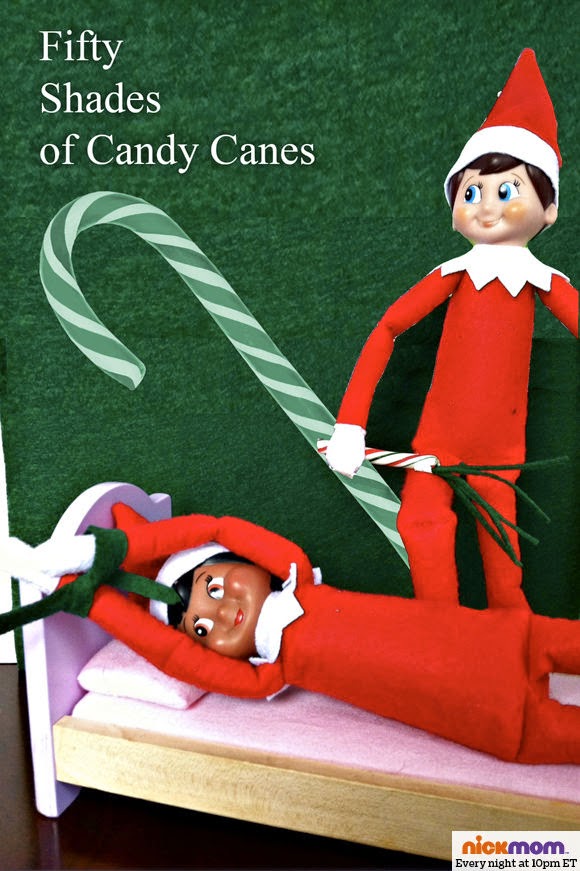 I'd have the Elf reading a new classic every night, or writing grammatically incorrect sentences for the kids to correct in the morning.

Anyway, party one is behind me, while party two looms large.  For several reasons, I am considerably more relaxed about party two.  To begin, everyone in attendance will be an adult, & not just your average adult, but women who can read, who love to do so, & who are taking time out of their week to come & sit with me & discuss what is - - I am going to just go ahead & say it - - rapidly shooting up my list of my favorite books EVER, Pride and Prejudice.  Moreover, these literate, intelligent, sassy women are unlikely to need my help doing much of anything, be it fixing their plates, eating their food, or using the bathroom.  There is a high probability of my not only sitting down, but remaining in that state for an extended period of time, allowing me the chance I so desperately need to gush about the epicness that is Fitzwilliam Darcy.  I mean, that name just screams, Nerd! Epic!  He's a letter writer, y'all.  He reads books, & he writes letters.  In vain have I resisted his allure.  So, if you need me Thursday, too bad, because I'll be on my couch, coffee in my hand, & Darcy on my lips . . . metaphorically, of course.  Wink wink.