Did you hear that?

Last week, millions of Twihards gasp in unison as news broke that Bella cheated on Edward Kristen Stewart cheated on Robert Pattinson with Jacob Rupert Sanders, a married man who directed her in her recent film, Snow White and the Huntsman, in which Stewart portrayed Snow White.  I know, I know, the irony is almost too much.  It's been referred to as the Twipocalypse, & as one clever individual noted on Twitter, As Syria descends into civil war, CNN asks 'Should Robert Pattinson forgive Kristen Stewart?'

If you're wondering, & I know some of you are because it's been asked of me, no, I won't be removing my countdown (look to your right) to the final Twilight film.  While Summit Entertainment is probably poised to throttle Miss Stewart, I'm certain the movie will be released as planned & I'll be there in my Team Edward shirt (because, after all, he's not the one kissing someone else - in fiction or reality), popcorn & chocolate in hand, to watch the final scenes of this saga unfold.   I'll likely also pay a bit of attention to what is shaping up to be perhaps the most awkward film promotion in history.

Meanwhile, Reagan has been oblivious to everything - - philandering celebrities, the Olympics, the revival of the public debate over gun rights, the NCAA doling out their version of justice to Penn State (see more on that here), Chick-fil-A in the headlines - - everything but her new pink coupe.

The Friday before the Twipocalyspe, Reagan's grandparents convened at our house to assemble Reagan's Little Tikes Pink Cozy Coupe Car, which took a bit longer than expected: 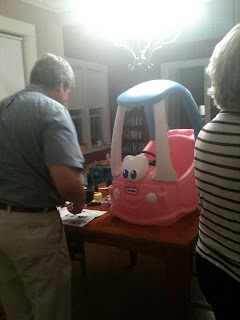 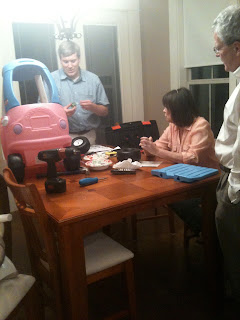 (I know what you're thinking, How many attorneys does it take to put together a Little Tikes Coupe?): 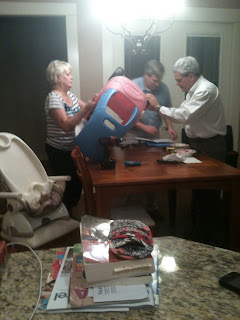 Her first stint behind the wheel: 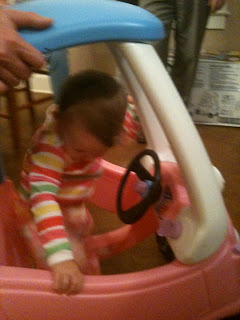 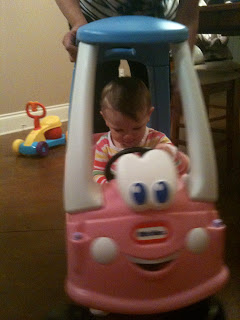 She was initially fascinated with getting in & out of the car: 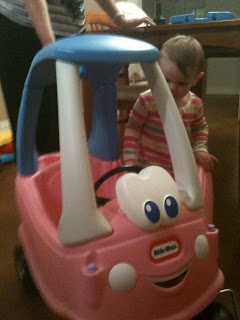 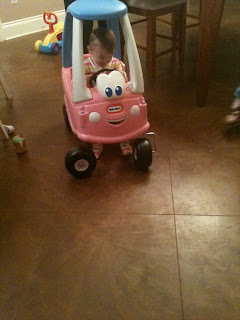 Saturday, she insisted on eating in the car, & when she wasn't actively eating, she wanted her food to remain in the car: 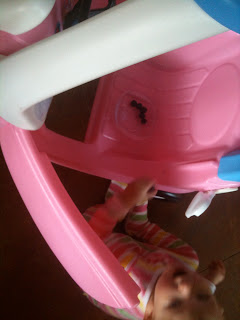 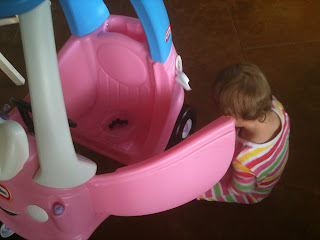 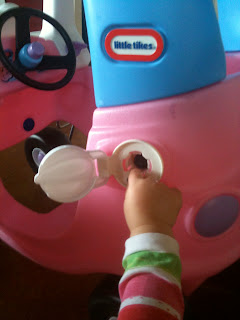 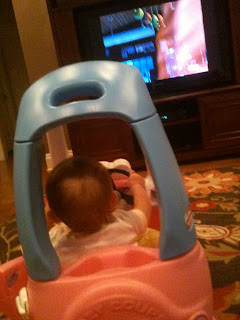 Here's a rundown of what Reagan's been up to in the few moments when she's been torn from her car (usually wailing Car! Car!): 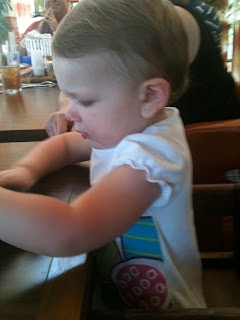 Brief trip to the mall where we shared a pretzel & lemonade & rode the carousel: 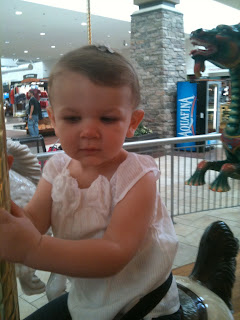 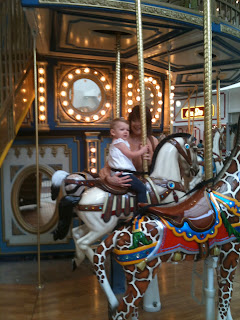 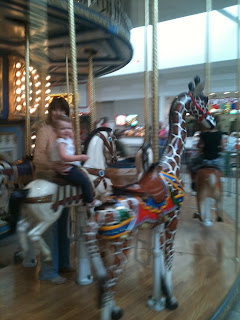 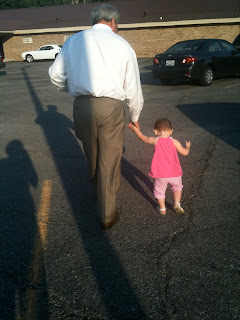 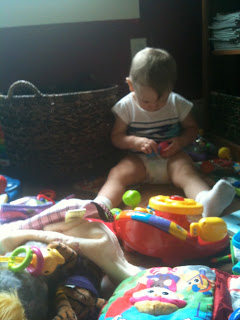 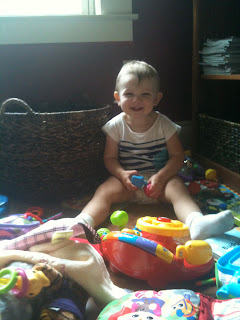 Trying on her new PJs from Aunt Lisa: 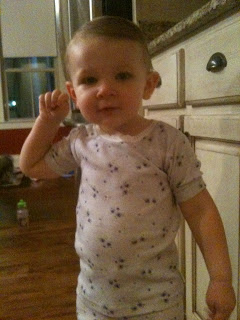 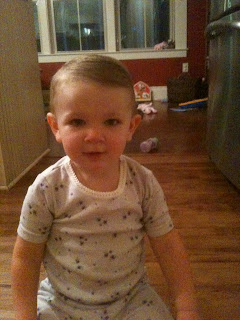 And riding around town with me to pick up the mirror I found, at long last, to adorn the mantel: 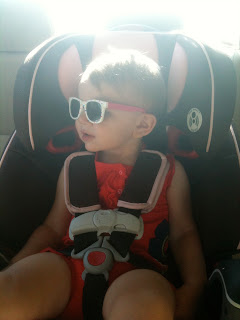 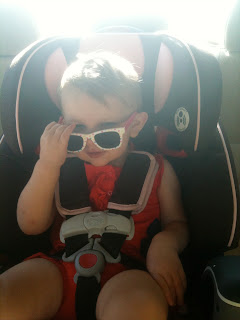 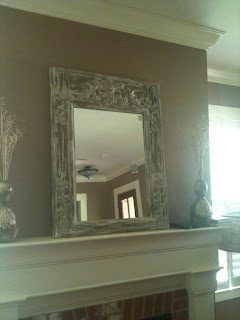 So, while the world gasps & sighs over the headlines & argues about everyone's right to free speech (everyone but business owners opposed to gay marriage, of course), gun control, & NCAA sanctions, Reagan could not care less about anything but cruising in her pink coupe.  Beep beep!

Shhhhhhh!  No one tell her about Mary Kay cosmetics . . .