Scenes from the Homefront

We're really gelling with the house.  Reagan's exploring every inch: 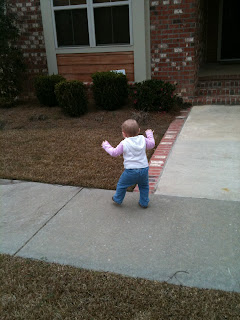 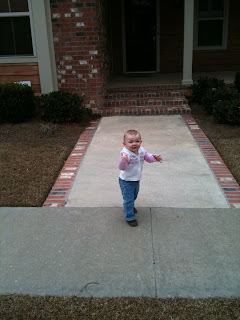 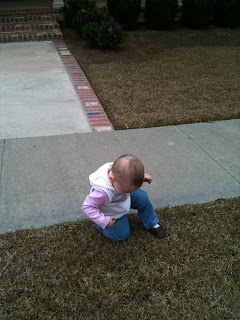 Being industrious, I've used some of the lanterns from Jessica's wedding to decorate: 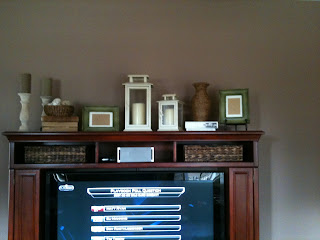 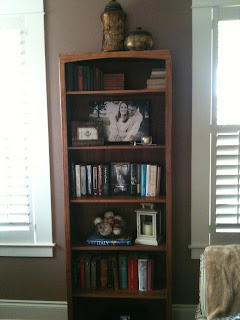 Reagan was delighted to discover she can get IN the cabinets: 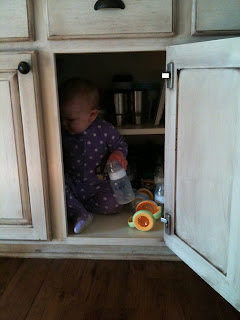 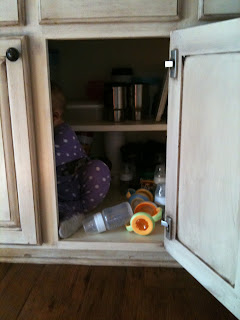 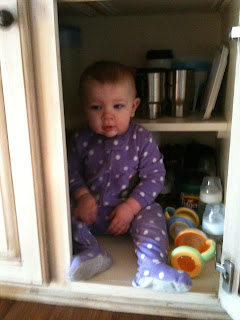 Our new bedroom makes our furniture look like it belongs in a doll house, but we're not complaining about all the space: 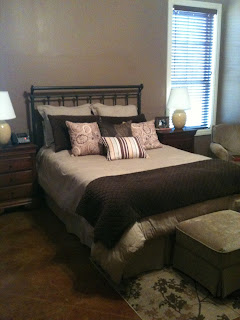 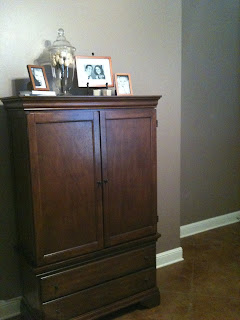 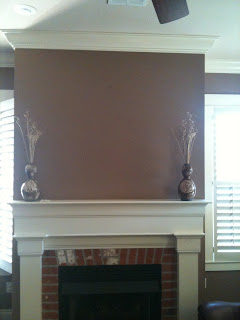 The mantle is patiently waiting for a mirror that looks something like this: 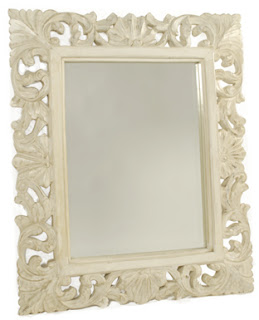 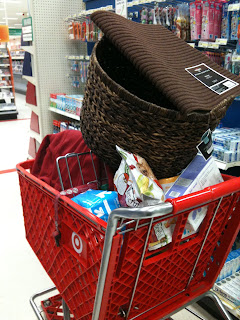 I bought the basket pictured above (which was on sale) for Reagan's area of the kitchen: 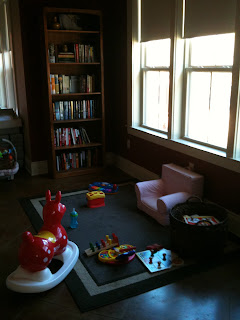 I plan to eventually buy a reading chair or two for this area.  I have something like this in mind: 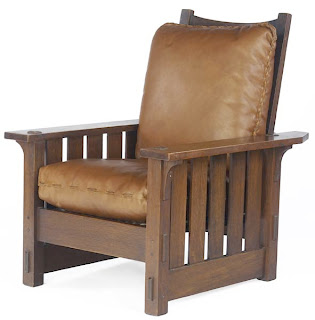 It's a mission style chair with leather upholstery.  You can put your coffee cup on the arm, so it's good looking & functional.

For now, it's a great place for all the toys to congregate & Reagan to relax in her chair, as she was doing Sunday morning while waiting for Mama & Daddy to get their act together & get on the road to church: 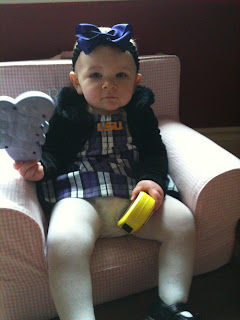 Reagan wore her LSU dress to church Sunday, despite Mama's ominous feelings about what would happen Monday night.  I have only a few things to say about LSU's loss, which I fully expected.  It's difficult to beat any team twice in one season, & with Jordan Jefferson at QB, I was pretty sure it wasn't going to happen for LSU despite their otherwise spectacular season.  I've watched LSU win two national titles, & if that's as good as it gets, I can live with that.  They won 13 games this year & another SEC Championship, which far exceeded my expectations back in August.  Despite their pathetic performance Monday night, their accomplishments this past season were remarkable, especially considering the continued lack of consistency at the quarterback position.  Eventually, not having a reliable QB will catch up with you, & LSU got caught Monday night.  I think Alabama was likely the only team who could've exposed LSU's weaknesses, & expose them they did.

What really matters has been lost in all the Monday morning (or Tuesday morning in this case, I guess) quarterbacking: at least LSU is not coached by a middle aged man who is as obsessed with spray tanning as he is with stellar defense.  I was worried Nick's new tan was going to be ruined when he was doused with gatorade.  Kudos, Les Miles.  Your team had a good season.  Your devotion to Jefferson I'll always question, but your total lack of concern for tanning despite your repeated television appearances is noteworthy.

Trey remarked Monday night that I didn't seem that upset over the game.  I was even a little surprised at my nonchalance over the loss, especially considering what was at stake (& what a sad effort LSU put forth).  I guess I learned that at the end of the day, things are just too wonderful in my corner of the world to get too upset over LSU football.  My sweet family & I are healthy, & we have a new home in which to watch the Tigers rise & fall & continue their perpetual search for a QB to compliment their defense (preferably one who can entertain himself during the long summer months without ending up in jail).

Come November, LSU will be playing Alabama again (a night game in Tiger Stadium, so I've read).  There is zero chance Jordan Jefferson will be playing quarterback (anywhere!), & there is a good chance the following Tuesday, we'll have a new president-elect.  I look forward to watching these events unfold from the confines of our home, unless of course someone has tickets to the Bama game, for which I would leave my house.