Reagan & I were invited for a playdate at the home of Shane & April Ware.  So, last Friday we ventured out for a little social time.  In attendance were several other children, all of them older than Reagan, & their moms.  Reagan was a bit weary of the noise & activity a throng of children generate, & I found the experience to be an effective form of birth control. 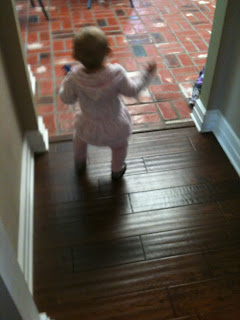 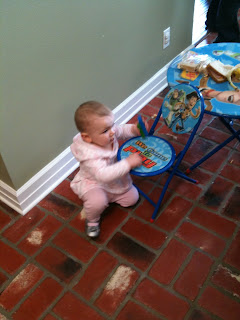 She hung out with Elizabeth (who was wearing an awesome velour track suit!), the attendee nearest her age: 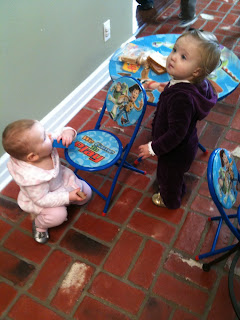 She played a little piano in the dining room: 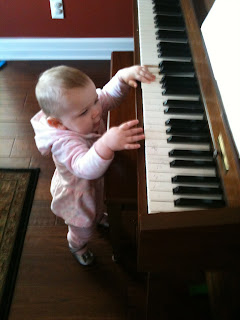 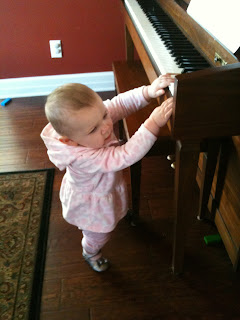 And stayed close to her Mama when she saw this: 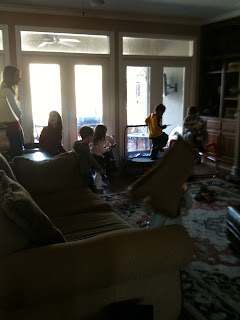 She initially wouldn't venture past the hallway: 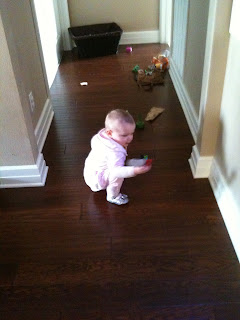 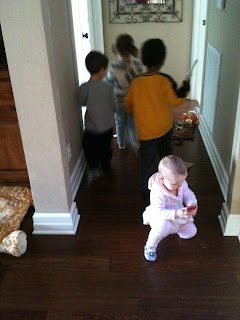 Until she discovered Cooper's chair, which is quite similar to her chair.  She made herself at home: 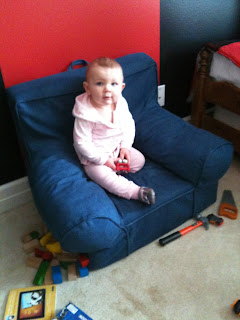 Cooper was a bit concerned: 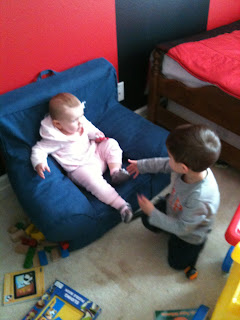 He sought my help: 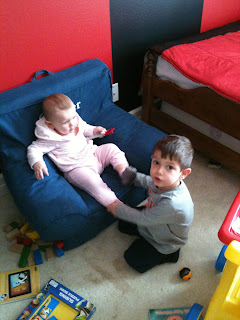 And then again tried to reason with Reagan: 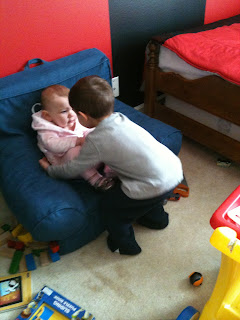 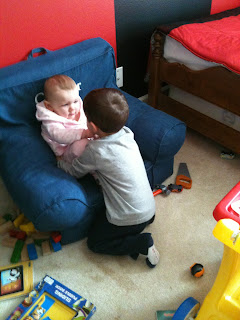 A compromise was reached: 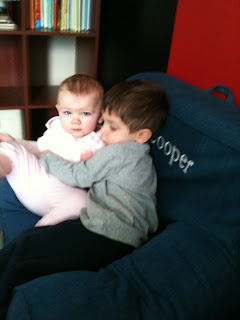 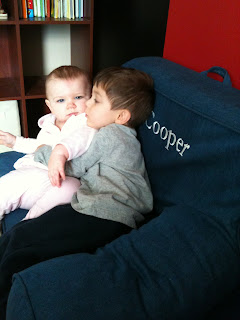 Ava wanted to hold Reagan before we left . . . 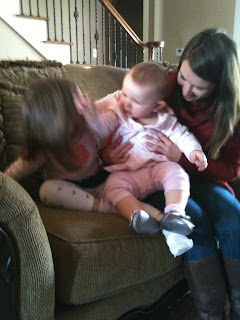 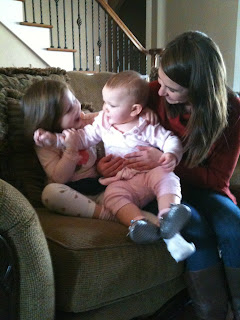 The visit to the Ware's home was a good opportunity to talk to Reagan about accepting those who are different from us, even when they make questionable choices: 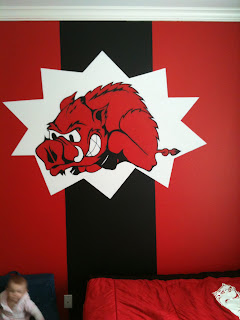 Shane & April are wonderful people, & gracious to open their home to so many rowdy children.  Shane, a devoted husband who accompanies April to the Twilight films, has some pull at the local theater & rented out an entire theater for a midnight showing of Breaking Dawn, Part I, when it opened back in November (which shot him straight to the top of my favorite people list) . . . so, despite their odd affinity for the Hogs, I still love them both.
AZ
Posted by AZ