Man's yesterday may ne'er be like his morrow;
Nought may endure but Mutability.

I posted my first blog on this date in 2011. Today is my blog's tenth anniversary. 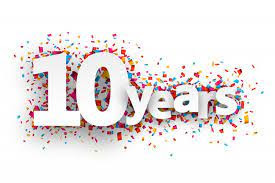 You can read Blog Number One - - - > here if you'd like to do that. It's short and rather aimless as I had no idea what I was doing or what I might do with this space. In fact, I had a three month old at the time, and, "I had no idea what I was doing," was my life's theme at that time. Things seemed chaotic, and I wanted to create a space I fully controlled where I could create order, and thus I began blogging. I became so intoxicated with the thrill of using words to bring order to my life that not only did I continue blogging, I soon began writing a novel I eventually finished.

On March 30, 2011, I was thirty years old. I lived in a tiny house on Cedar Street that Trey bought before we married. We would sell that house later that year and move into our current house. We took this shortly before we moved out. 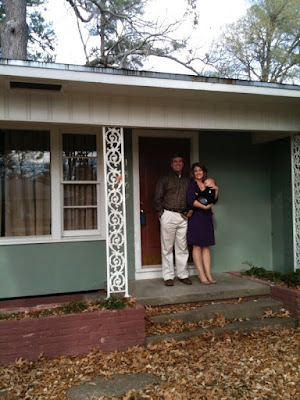 I read all four Twilight novels in that house. Perhaps more importantly, I began reading again in that house, and I have not stopped since. I began writing not only this blog but Dear Miss Moreau in that house. I am now forty. I have doubled not only the number of children I have but the number of dogs I have over the last decade. The book series that is dominating my life at present is Outlander. I have navigated the early years of motherhood, sometimes well, sometimes not so well, and we are decidedly in a different stage now that entails more sleep (praise the Lord) and a calendar full of birthday parties, soccer games, church youth events, and regular time with the cousins.
Ten years ago, I sat to write thinking of my grandfather. I missed him then, and I miss him now. I would like to tell him a great many things. I would like to discuss a host of current political topics with him. He would have turned ninety-four yesterday. My grandmother lived for a decade after he died; she died in 2018. When we were cleaning out their house, I snagged the framed photo she kept by her bed after he died. It sits on my desk now near many of his books I hauled home. He had blue eyes like both of my children and a deep booming voice that was wonderful. He loved poetry and nature, and as I age I find I pay more attention to both. 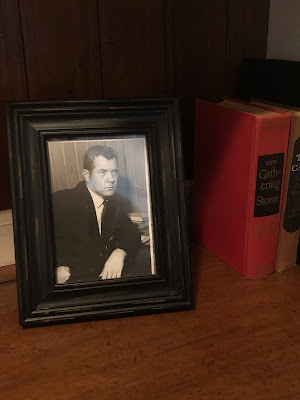 I will leave you with Percy Shelley's "Mutability." Nought may endure but mutability. The only constant is change. I find I approach life's changes by anchoring myself with the constants. My constants today are nearly identical to my constants ten years ago: I want to read. I want to write. I want to drink coffee. I pay too much attention to politics. I want to get my kids to church. I need to exercise more. The federal government spends too much money. I want to buy a new house. Trey loves me very much and will reluctantly buy me a new house.
I am a remarkably consistent individual. I suppose to the above list I can now add I want to go to Scotland. I want to write a second book. I am working on both of these goals.
Thanks for reading this last decade. It was the most consequential decade of my life thus far, and I am glad I catalogued so much of it here. 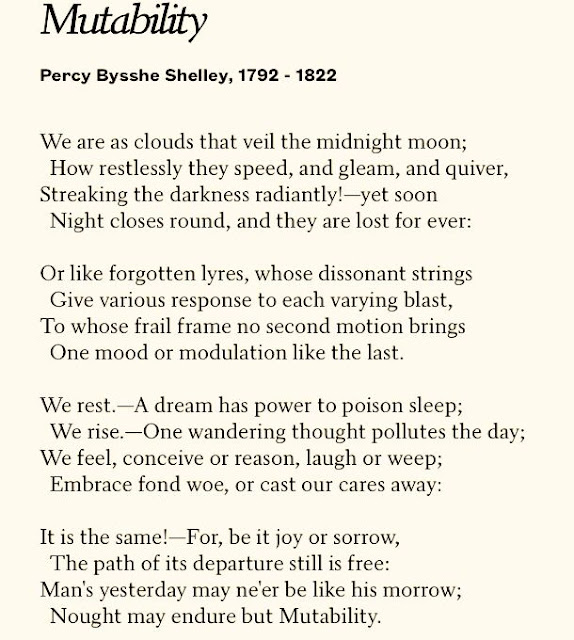