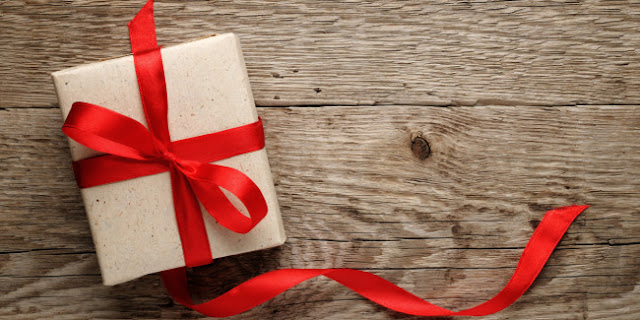 Dearest Edie,
For weeks I overthought what to get you for Christmas. I was resolute about a gift despite your insistence on my crossing time zones and traveling hundreds of miles empty-handed. I was roaming the Internet one night when I should have been reading or sleeping. I found myself on eBay, and there it was. I felt foolish for not thinking of it sooner.
Don’t be angry with me, dear. No one has a better excuse for not doing any Christmas shopping than you, immobile as you are. Words, while they are so useful and versatile at times, are inadequate to explain the gift you are to me, the most unexpected gift.
I love you. I love that you love Hemingway as much as I do. I’ll forever be grateful to him for bringing us together, grateful for his words, his few but perfectly chosen words, that filled our conversations until we were comfortable moving beyond fiction.
We’ll reread it together soon. The end will be bearable with you by my side. I suppose that is true of Frederic’s story and mine as well.

Merry Christmas, Edie. I don’t want to spend another one without you.

All my love,
James

“Thank you. For the book, for your words. I love them equally.”
“Don’t equate my words with his.”
“Yours affect me in the same way.”
“Isn’t it pretty to think so?”
“It is so, nerd. Have you ever taught that one?”
“Not yet, but I believe I might soon . . . matter of fact,” he said, reaching in the box and pulling out a second book, “you can get started on your summer reading now.”
He gently placed a beautiful hardback copy of The Sun Also Rises in her lap.
“You’ve done too much. But I love them. Thank you.”
“I’m serious about this one. I originally thought we’d stick to short stories this summer, but The Sun Also Rises is a short novel. I think I’ll assign it as soon as summer registration is finalized. You guys could have it read before we ever meet.”
“Oh. This summer.”
“I can’t wait. I feign interest in the other literature I teach, but goodness, nothing but Hemingway. And you, of course. You, me, and Jake Barnes. What a summer.”
“You know there’ll be others in the class, right? You recall how this works? It’s not like a month-long date for which the university will give me graduate credit.”
“Oh but isn’t that a nice idea? I’m thinking of possible names for that course.”
“I’ve got to earn some hours this spring first. Can we talk about the spring?”
“I assume you don’t mean the general season.”
“Well, you know it’s not my favorite.”
“I know. The green grass. The flowers. The fresh air. It’s the worst.”
“I’m serious. The pollen. The heat. All the shaving.”
“Spring in Boulder is a thing to behold.”
“Not this year. Not for me.”
“It’s just a few months, Edie.”
“I really need to speak to you in an official capacity please.”
“Oh, okay. Should I get off of the bed?”
She finally smiled her genuine smile. “No, no you’re good. Emily texted me today to say Merry Christmas, and she asked about my spring schedule. She’s registered already but is thinking of dropping one of her classes that meets at night and taking something online. She needs her nights free to work. Anyway, she wanted to know which online classes I’m taking. That’s where you come in.”
“You know I’m not teaching anything online this semester. Plus I’m only teaching undergraduate stuff this spring.”
“I know. But help me, please. I hate the schedule I agreed to in Boulder. No one should've let me make decisions while I was in the hospital. I was basically high most of the time. Here,” she said, lunging for her laptop on her nightstand. “The schedule is minimized. Pull it up and look. I don’t really have many choices.”
He grinned as he read the online options for the spring.
“Well, at least you’ll have your thesis. You’ll receive credit hours for that.”
“Yeah, and what, Victorian Gender and Sexuality?”
“It won’t be so bad. Tennyson, the Brontes, the Brownings, Oscar Wilde. Have you read any George Eliot? I think you’d like her.”
“I haven’t. I don’t want to take an online class about Oscar Wilde’s sexuality.”
“You’d prefer to discuss the matter in person?”
“You know what I mean.”
“Baby, I doubt there will be much focus on the sexuality of the authors. My guess is your instructor will likely focus on gender and sexuality as they’re represented in the texts.”
“Well, that makes more sense, I guess.”
“You're overthinking things. You'll love the guarded, repressed Victorians.” He snickered and gestured to the plaid pajamas covering every inch of her.
“You're pushing your luck. I should send you to Charlotte's room.”
“Neither of us want that.”
She didn't immediately reply. She lifted the copy of A Farewell to Arms he'd just given her. She fanned the pages under her nose and inhaled deeply. “He was alive when this copy was printed. Weird, huh?”
“I guess. Maybe we're his happy ending, you know? Maybe he finally brought two people together who are genuinely happy.”
“What?” She mumbled the word sleepily as she wiggled her way toward him.
“I don't know. Just a thought. My guess is he was too busy wrestling his personal demons and drinking to ever truly be happy. I think he thought his writing would be cathartic, and surely it was to some extent, but his suicide suggests he never found much peace. He couldn't give any of his characters lasting happiness. They experience moments of love, of elation, of some sort of temporary victory, but something comes for them . . . war, death, unrequited love.”
“Are you optimistic enough to assume nothing is coming for us?”
He stared at her for a long moment before speaking. “Will you run away if it does?”
“No.” Her answer was immediate.
“Okay then. That's why I'm optimistic, dear.”
“Is it okay if we sleep?” She was visibly struggling to continue their conversation.
“Of course. Merry Christmas, baby.”
“Merry Christmas.”
He turned off her bedside lamp. They mumbled I love yous and groped for each other in the darkness while he pulled the covers up to their shoulders. Sleep came easily for the intwined pair, and their deep, rhythmic breathing signaled the closing curtain on the first of many happy Christmases together.