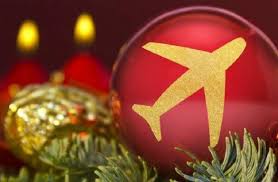 The excerpt that precedes this can be found here.

Dear Edie,
These past few weeks have been so dull and tedious. The end of a semester is always filled with inane details, but this one has topped them all, and I’ve seen the end of many semesters, from both sides of the podium. I gave my last final weeks ago, but I am just now climbing out from under the mountain of paperwork required to officially close a semester.
Obviously your absence has further aggravated me, as I might better handle the stress of these days if I knew I had you and a cup of coffee to warm me when I returned to my otherwise cold and lonely apartment. Forgive me; I don’t mean to paint such a desolate picture of Boulder since you left, but the temperature does seem to have dropped significantly in your absence, and I can’t recall the last time I saw the sun in this typically cloudless city.
Dr. Windham has been out with the flu for a week, and her absence has created a vortex of confusion in the department. If I am ever asked to serve as department chair, or to head the graduate program, remind me to decline the invite. I much prefer holing up in my office to read, even when the reading consists of drab essays.
When I left our American Novel classroom for the final time and walked to my office, alone, I thought of the countless ways my life has changed since I made that journey back in August. Did I ever tell you I fell completely in love with you the second time our seminar met? You wore a green dress. Don’t ever get rid of that green dress. It is quite decent, but you, dear, in that dress were a complete distraction to me in class that day and remain such even as I write.
I hadn’t read any of Byron’s work in quite some time, but since your accident and resulting immobility, “She Walks in Beauty” has been in my thoughts constantly - -
She walks in beauty, like the night
Of cloudless climes and starry skies;
And all that’s best of dark and bright
Meet in her aspect and her eyes;
Thus mellowed to that tender light
Which heaven to gaudy day denies.

One shade the more, one ray the less,
Had half impaired the nameless grace
Which waves in every raven tress,
Or softly lightens o’er her face;
Where thoughts serenely sweet express,
How pure, how dear their dwelling-place.

And on that cheek, and o’er that brow,
So soft, so calm, yet eloquent,
The smiles that win, the tints that glow,
But tell of days in goodness spent,
A mind at peace with all below,
A heart whose love is innocent!

Obviously you don’t have raven tresses, but I think the rest of Byron’s sentiments are applicable.
I know you’ve been spending time with Ms. Austen’s Edward Ferrars; we need to return to thesis revisions soon, dear, as we’re both drifting to the Brits of late. I usually don’t make house calls (& certainly not to houses in different time zones), but in this instance, I think it’s pertinent I pay you a visit to refocus your efforts and keep your thesis on track during your indefinite absence from campus.
Boulder and I ache for you, Edie. You’re well aware of my unease over what awaits me in Louisiana, but I admit I’m glad we’ll be under one roof on Christmas morning. I haven’t looked forward to Christmas this much since I was a child.

Edie took a bite of the eggs her mother had placed in front of her while she was reading.  Her green polo dress was hanging hundreds of miles away in her closet in her apartment in Boulder. She remembered the feel of the fresh razor as she bore down on her legs, first the right, then the left, the August morning she decided James Foster and his fancy suits warranted more than her blue jeans.
She couldn’t wait to be cramped in her tiny shower again, standing up attempting to shave. She missed the city and everyone and everything that became a part of her life after her move to Boulder. Unbidden, a picture of James in her apartment, on her bed, filled her thoughts, and she recalled what in the letter had left her disconcerted the day before.
Had he purposefully chosen the word lovers, or was he just grabbing a random Shakespeare quote about a reunion? Edie wasn’t even particularly fond of Shakespeare, as James well knew.
She sat at the kitchen table around which her family had eaten countless meals and began composing a reply to James’s letter, a reply he would read under her parents’ roof, under her watchful eyes. Half an hour, two cups of coffee, and two eggs later, she slid the perfectly creased letter in an envelope when she heard Charlotte in the front hall, her voice alight with excitement over the impending annual decoration of the Moreau family Christmas tree.