A Sliver of Immortality 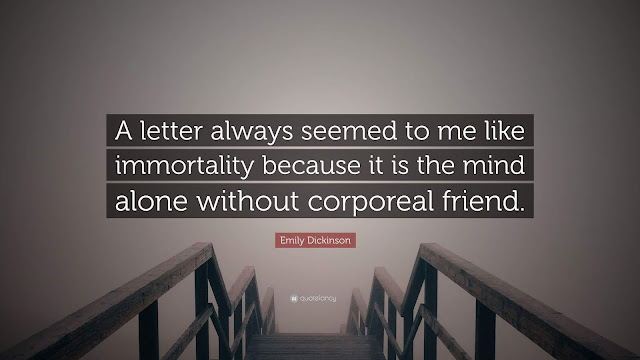 A few housekeeping notes: Last week I shared books by three local authors you might want to consider purchasing for you or someone in your life this holiday season. That blog can be found by clicking here.  I also told you the cheapest price for a paperback of Dear Miss Moreau is the Barnes & Noble price ($13.99), & that remains the case today. Amazon does what Amazon wants, though I am still seeking a permanent price reduction. Rule No. 1 of writing is that you just write, & then you, to quote Elsa, let it go. You won't always have control over things you want to control, which I guess is a good life rule as well.

Book club met last Tuesday night. It was an excellent meeting. Our November book was (well, is . . . I am still reading it) Kristin Hannah's The Great Alone. It's a good book. I don't love it, but I do plan to finish it soon. It's set in Alaska, & I fear I'll develop Seasonal Affective Disorder before I finish reading it. Perhaps more on that book in the future, but the reason last Tuesday's meeting was excellent was not because of the book we discussed; we had a large group, & we discussed our December meeting & plans for the next year, & it was just nice to be together & talk about the future of our little group that's been going strong for nearly seven years now.

Book club is taking organization to the next level, & we have a solid plan for selecting books for 2019. Before we meet again we're all to read Pygmalion (yes, the Shaw play) as that is December's read. But, but, we have another assignment. Since Pygmalion is a quick, light read, we have all been assigned a genre from which we're to select & read/screen a book to potentially add to next year's lineup of books. I was assigned historical fiction. Naturally I clapped with glee, excited to finally be able to add The Bronze Horseman to the book club list. I kid, I kid. Several of us have already read it, & so at present I am not sure what I want to read & suggest for next year. We've read a lot of historical fiction, so there are no obvious, popular titles that jump out at me. Hang with me while I overthink this.

I am considering rereading/skimming Charles Frazier's Cold Mountain. Cold Mountain is set during the American Civil War, so this would give us some war variety as we've read quite a few books set during WWII, we read A Farewell to Arms (well, some of us did), which is set during WWI, & The Great Alone is about a Vietnam vet's family.


When I was a senior in high school my English teacher was reading Cold Mountain (I think it was a new release at the time). She talked about it a lot; I thought she was kind of over the top with her incessant chatter about the book, but now I realize she is, well, me. The book was adapted for the screen in 2003. The movie is excellent. It stars Nicole Kidman & Jude Law, & you should watch it. It's just, you know, really sad, & so I am not sure what I want to do, but I need to make a decision soon & start reading.

So anyway, thanks for reading that stream-of-consciousness bit regarding my struggle to select a work of historical fiction to add to next year's book club reading list. Do feel free to recommend something to me.


I want to attempt to quickly connect a few dots & be on my way. Yesterday my dad began teaching the adult Sunday morning class at our church. He spoke on leaving a legacy of encouragement. He shared excerpts from letters that once belonged to his grandmother, Alma Meyer. Ms. Meyer, my great-grandmother, was a music teacher in Memphis in the 1920s. She taught music until she married in 1925, at which time she was forced to leave her teaching position because at that time married women could not hold teaching positions. Having myself briefly attempted to be a wife, mother, & full-time teacher all at the same time, I will say that I do understand the logic behind this once-common practice of employing only single female teachers.


Anyway, my great-grandmother left her teaching position to marry my great-grandfather, Jesse Arvin James. She was obviously happy to be marrying, & she would go on to have two sons, Jesse A. James, Jr. (my paternal grandfather) & Erich William James (she was German, thus the fancy spelling of Erich). I have a cousin named Erich Spikes whom some of you may know; if you've ever wondered about the spelling of his name, well, there you go. While she was happy to be getting married, she was torn over leaving her music students, & some of them wrote her letters.

Since my grandmother's death earlier this year, the house she shared with my grandfather, who died in 2007, has been slowly emptied of their belongings. A piece of furniture taken from their house is now at my parents' house, & in it my parents found the letters written to my great-grandmother by her former music students. She kept them throughout her life. Years ago, during one of his many visits to Memphis, my great-grandmother told my dad she reread the letters over the years on many occasions. They were written in Memphis 1925, the year The Great Gatsby was published, & excerpts of them were read aloud yesterday at a church in Monroe, Louisiana.


The point of my dad's lesson was not just that we should encourage others, but that we should consider doing so in a permanent, tangible way so that the words of encouragement & appreciation can be reread over & over for years to come, possibly by the descendants of the original recipient who may stumble across them years & years later.

The whole lesson made me smile for a variety of reasons. As some of you know, I have a soft spot for letters. I love books that include letters. Three that come to mind that are almost exclusively epistolary are The Screwtape Letters, Dear Mr. Knightley, & The Guernsey Literary & Potato Peel Pie Society. These novels don't have much else in common really, but they're all excellent reads that demonstrate what's possible when you craft an entire novel around written letters.

Just last week in my speech class as we wrapped up a chapter on Mediated Communication I delivered a riveting lecture on the fact that until the invention of the telegraph in 1832 people could either speak face-to-face or they could write letters. These were the options. I then asked the class when Jane Austen wrote her novels. Pause. No one had a guess, & so I told them Austen's novels were all published prior to 1832, & a handful of her plots hinge on handwritten letters.

I don't know if I'll finish writing another novel, but I managed to finish one because I figured out how to combine all of the things about which I am (perhaps unhealthily) obsessed overly interested: Ernest Hemingway, both his life & his writing, the Twilight series, coffee, grammar, & letter writing. That was seriously the thought-train that propelled Dear Miss Moreau: How can I combine all of these things?

A memory that was constantly in my mind as I wrote my book was the walk I made over & over again to my little mailbox in the student center my freshman year of college. I am thankful to have grown up & fallen in love with Trey at a time when it was not possible to text or snapchat or tweet. Email was possible at that time, but it was not something I understood or used when I was a freshman in college. Trey & I began dating my freshman year in college, & I have a stack of letters he wrote me, letters that revealed to me what I'd always suspected: that he is an intelligent, articulate man who views the world in much the same way I do.

Distance is not overly fun when you're dating someone, but the distance & the lack of options for communicating meant we wrote each other a lot of letters, & one hundred years from now I hope those letters, as well as the many cards & notes I've accumulated over the years, encourage our descendants to take the time to write handwritten letters (I also hope they encourage our descendants to get off their phone & improve their handwriting & their grammar). You won't find old text messages hiding in the crevices of your grandmother's furniture.

Trey turns forty this week, on Thursday to be exact. I've been turning this over in my mind a bit. I've known Trey since he was fourteen. I knew of him before that, that is to say I knew him as random boy who lives down the street. He was (& still is!) two years older than me, & we didn't attend the same school, so for a handful of years he was very much on the periphery of my life . . . my exciting life that involved reading all the books in The Babysitters Club series & trying to decide if I wanted bangs. Ultimately I grew my bangs out when I was in the fifth grade, & I have never had bangs since. No regrets.

Moving on. In 1993, my sister & Trey's sister played softball together, & so this year, 2018, not only brings Trey's fortieth birthday, but it is the twenty-fifth anniversary of the friendship between our families that eventually led to the life I now lead. I thought very highly of Trey for many years prior to dating & marrying him. There was no shortage of silly, immature males in my life at that time, & I suspected Trey was a cut above the rest. It is inconceivable to me that he's about to turn forty, & that we have two children, one of whom is about to turn eight. I know this all to be true, but at the same time it's odd to me that we're not twenty years old & staying up until four in the morning playing cards with Trey's siblings.


I'll end with a Thank You to my in-laws. Thank you for raising a wonderful son, & thank you for entertaining my parents for the last quarter century.

Happy Birthday, Trey. It's been a fun couple of decades. Thank you for all the words you've written me over the years; I have them all tucked away in various places, preserved for posterity &/or times when I get really mad at you & need to reread them. I have quit coloring my hair, & I promise to do what I can to match your gray with my own. You have many strengths, but perhaps your greatest strength is putting up with me. I love you. 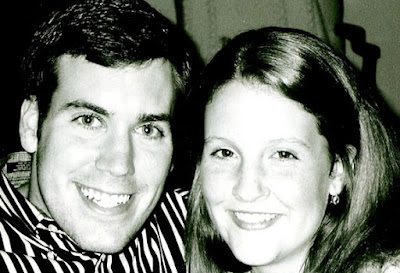 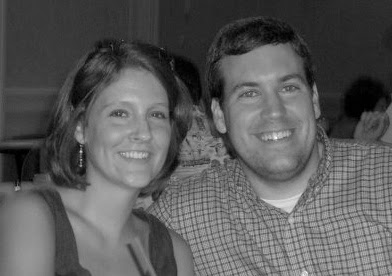 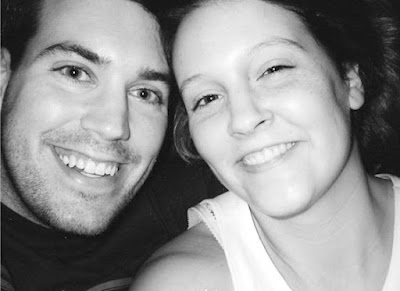 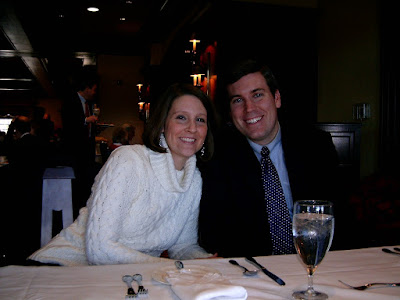 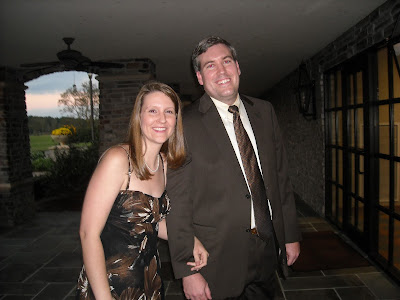 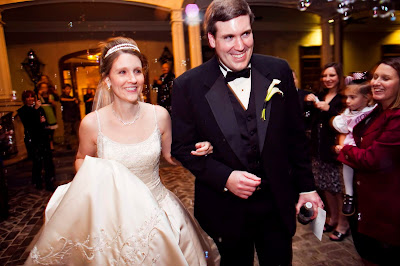 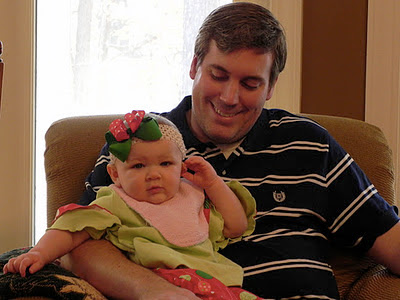 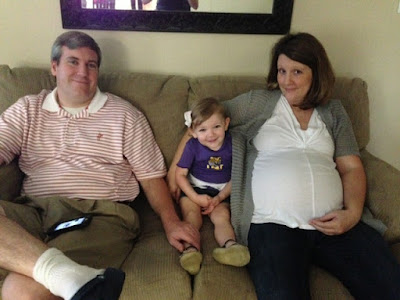 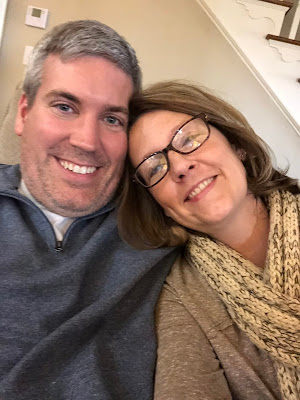 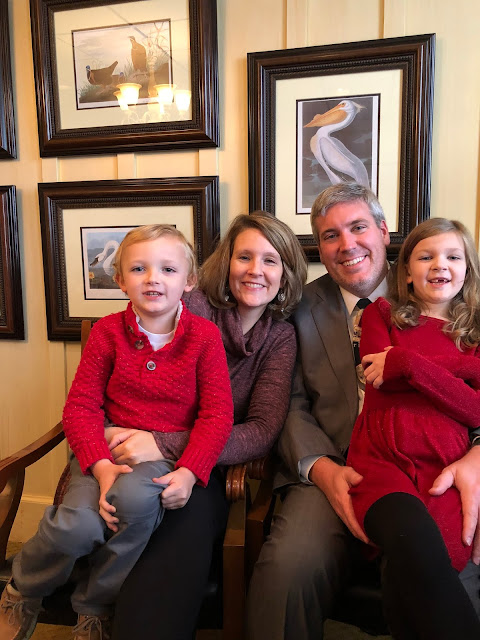 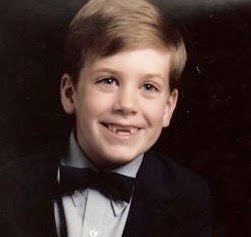