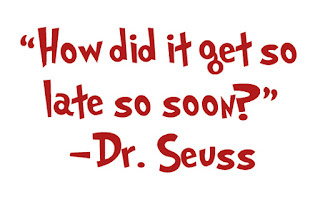 
This is going to be brief. Earlier today I was listening to LSU play baseball & pecking away at a blog about last week's happenings, including my recent discovery of a house I want Trey to buy me (yes, yes), when I realized my mom had been texting & calling in an attempt to let me know my grandmother, my dad's mom, had been taken to the hospital. My phone was right beside me, but all alerts were set to silent as they had been since church earlier in the day.

For a variety of reasons, I am not in any state to write. I'd planned to discuss the mildly interesting week the children & I had last week as well as Henry's upcoming fifth birthday, but for a lazy June Sunday, today is unfolding quite differently than I'd imagined it would.

This last week has been an odd & emotionally draining confrontation with mortality. A man who lived down the street from our family took his life last week. We didn't know him personally. Daily the family's house was surrounded by cars; when we passed the long line of cars leaving or returning to our home, the kids would exclaim that someone must be having a party. Just being aware of & being physically near tragedy is, I've discovered, somewhat draining. Even explaining all the cars to your kids is taxing when it becomes a constant source of conversation.

Reagan has been inexplicably running high all day today. I am currently forcing her to drink liquids in an attempt to flush some small ketones she's running. We have changed her pump site. All last night & this morning when she woke she was fine. At some point after she ate her breakfast, something happened that I am now guessing had to do with her pump. Unless she soon becomes physically ill, grows three feet, or was given inordinate amounts of food unbeknownst to me, the likely culprit for today's absurdly, persistently high numbers is/was something running afoul with her  pump insertion site.

I don't know all the details of my grandmother's situation at the moment. She was taken to her local hospital, but she has since been airlifted to Rapides General, a hospital two hours from us. Apparently our local hospitals are full, & they are also without a surgeon. She needs a surgeon, assuming surgery is deemed possible. Her blood pressure was dangerously low when she was initially brought to the hospital. They suspect a blocked or otherwise obstructed artery is causing multiple issues with some of her internal organs. A decision regarding surgery will hopefully be made soon.

My sweet Henry will be five on Wednesday. Recently I've thought a lot about this picture of the two of us: 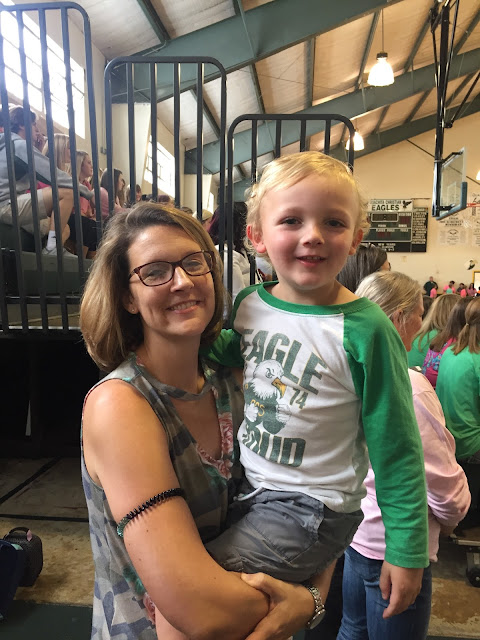 This was taken last fall. We were at a pep rally at school. This is probably one of the last times I could pick him up like this, attempting to balance him on one hip. Granted, he is a large boy, but there was a time he weighed only eight pounds. I don't know when this all happened. This is the way things are supposed to happen; I know that. This is the order of things. Grandparents age. Children age. Women who begin blogging when they're thirty look up one day & they are the thirty-seven-year-old mother of kids who can feed themselves, sleep for hours & hours unaided, & can even read themselves a bedtime story in a pinch. It just all seems to happen so soon.

Sometimes there are too many reminders that we're all fighting time & mortality. I am climbing in the bed to watch Toy Story 3 (again) with Henry. It is truly the only thing I want to do at the moment.

Your prayers for my grandmother & our entire family are coveted & appreciated. As always, thanks for continually reading; I am not always the peppiest blogger. To end on the peppiest note I can muster, LSU did win their game this afternoon. They must now defeat Oregon State (a team that walloped them last night) twice if they're to continue their march toward the CWS in Omaha. I remember snuggling with a newborn Henry in my hospital bed & watching LSU play baseball in the summer of 2013. Perhaps LSU's baseball team & Trey will both surprise me this week, & I'll have elaborate stories of baseball victories a brand new house to share with you next week.