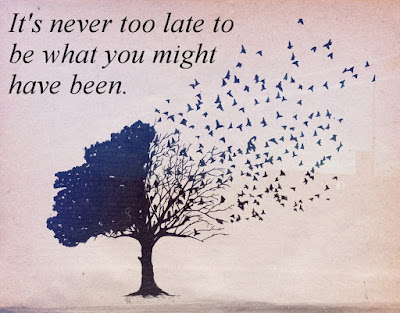 I should let you know TBS is airing the Hunger Games films today. I believe Catching Fire is ending now; the first part of Mockingjay will soon begin. It is fine if you want to abandon this to watch Katniss & Peeta in all their gritty glory & then return to read this later. I am, at present, thinking fondly of my fellow Peeta-defenders; love & peace to you all. Also, we are right.

I can never be sure but I think this will be terse. Last week I told you I am reading a lot of C.S. Lewis, & that remains the case today. I'm in the middle of Mere Christianity. I am also in the middle of creating a cozy new reading area in the house, but since everything I've ordered hasn't arrived yet, I'm not yet ready to share photos. Perhaps tonight we'll exercise our brains with Mr. Lewis, & next week we'll take a break & ooh & ahh over Pottery Barn lamps & my new rug. We'll see how this week unfolds & to what extent I'm able to accomplish a few things around the house.

I can't begin to properly summarize Mere Christianity. You should probably read it for yourself. I will attempt to discuss a snippet of what I read over the weekend. Last night I was reading in Book Three: Christian Behaviour (we'll go with the British u in behavior in deference to Mr. Lewis). Chapter One in Book Three is titled "The Three Parts of Morality." In this chapter, Lewis explains that it is proper to think of morality as having three components, or departments: a man's concept of self (his relationship with himself, basically), a man's relationship with other men, & a man's relationship with the power that made him.

Lewis writes eloquently of the importance of people developing a proper sense of self in their youth in order to grow & develop heathy relationships with other people. At the center of all of this, of course, is to be a relationship with God, without Whom no relationship a man has can be truly harmonious. Man cannot see himself or others properly unless he views both himself & others through the One who created us all.

People often think of Christian morality as a kind of bargain in which God says, 'If you keep a lot of rules I'll reward you, and if you don't I'll do the other thing.' I do not think that is the best way of looking at it. I would much rather say that every time you make a choice you are turning the central part of you, the part of you that chooses, into something a little different from what it was before. And taking your life as a whole, with all your innumerable choices, all your life long you are slowly turning this central thing either into a heavenly creature or into a hellish creature: either into a creature that is in harmony with God, and with other creatures, and with itself, or else into one that is in a state of war and hatred with God, and with its fellow-creatures, and with itself.

This is particularly moving knowing C.S. Lewis wrote it. Lewis's mother died when he was nine. It is said that he effectively lost his father when he lost his mother; Lewis's father was unable to emotionally cope with the loss of his wife & was not the supportive father young Lewis & his brother needed. As a young man, Lewis saw the ravages of the first world war, & the doubt & disillusionment that began to creep in when his mother died took root. Lewis, who had grown up attending church, labelled himself an atheist.

The story of C.S. Lewis's conversion to Christianity is, in my opinion, quite powerful. Not to leave you hanging, but I think I'll save those details for another time. It's a beautiful story that begins with the friendship that developed between two literary giants, Lewis & J.R.R. Tolkien. The way I explain it in my head, it involves references to the Harry Potter series & the Twilight series . . . & it'll have to wait.

Like the Apostle Paul, Lewis understood well the consequences of choices. Despite what he was taught as a young boy, Lewis made the choice to reject Christ. It was with considerable reluctance he finally acknowledged that God is God. He recognized that, prior to his conversion, he was, with each choice he made, becoming more & more a hellish creature, a creature constantly at war with itself, with other men, & with God. He fought & fought & fought God. Lewis was an intellectual giant, & for years he used his intellect (the very intellect, he would later realize, that he only possessed because God gifted him with it), to wage war against the idea of an all-powerful Creator who became flesh & died on the cross & rose from the dead. I don't believe in reincarnation, but if I did, I'd have a theory about the Apostle Paul & C.S. Lewis.

A hallmark of Lewis's writing is that it leaves you no choice but to think. He strips you bare. If you believe we are all immortal, that Christ defeated death & one day He will return to claim His own, then I am headed somewhere. Forever. You are headed somewhere. Forever. There are only two somewheres. With his resurrection, Christ defeated death & gave us immortality. It is our choice as to where our immortal soul spends eternity. Christ wants an eternity with every last one of us, so much so that He gave up equality with God & was hung on a cross to pave the way for us, but He isn't in the coercion business. Last week I asked the seniors to reflect on this quote from The Screwtape Letters in their journals: "He cannot ravish; He can only woo." I think I asked them why ravishing is antithetical to God's nature, or to His plans for us . . . something like that. I haven't read their answers yet. From the murmuring I heard, they at least learned a few new words, namely ravish, woo, & antithetical.

Rid your mind of the idea of rules. Try to think of each day as Lewis frames them: a series of choices  —constant, never-ending choices — we make that turn us in one direction or the other. Your life, if you've given it to Christ, should be a constant process of making choices that turn you into a heavenly creature (for this is the ultimate goal), a creature at peace with himself, at peace with God, & at peace with others. The only alternative is the infamous gentle slope to Hell Lewis describes in The Screwtape Letters:

Indeed the safest road to Hell is the gradual one - - the gentle slope, soft underfoot, without sudden turnings, without milestones, without signposts.

Lewis was on the road to Hell. Paul was on the road to Hell. They both used their station in life (Paul, a Roman citizen, Lewis, a distinguished Oxford scholar) to openly oppose God & His Son. Remember the path they were on next time you think you are a lost cause, or your friend or relative is a lost cause. If you think your choices are inconsequential, consider the impact Tolkien had on Lewis & the loss to Christianity had Lewis remained an atheist. Lewis came along at a time when Europe was entranced by the writings of Charles Darwin & reeling from world war; Lewis needed Tolkien, & Europe needed Lewis. The Lord, He works in mysterious ways.

I don't feel I am quite done, yet I fear if I continue writing I'll step all over Lewis's words & concepts in ugly ways. I am fixated on this idea of harmony, perhaps because the world is in a constant state of disharmony, & perhaps, if I am honest, because I don't always sow harmony in my little corner of the world. Disharmony will be the norm except in the lives of people who understand & accept these truths: God is God, & because He created us in His image, we are valuable. I am valuable; you are valuable. I must make peace with myself, with my inner demons, & that is not possible without God. I must make peace with & respect other men, because like me, they were formed in the image of the living God. Not surprisingly, Lewis says this better than I can:

What Satan put into the heads of our remote ancestors was the idea that they could 'be like gods' — could set up on their own as if they had created themselves — be their own masters — invent some sort of happiness for themselves outside God, apart from God. And out of that hopeless attempt has come all that we call human history — money, poverty, ambition, war, prostitution, classes, empires, slavery — the long terrible story of man trying to find something other than God to make him happy.

God cannot give us a happiness and peace apart from Himself, because it is not there. There is no such thing.

After I share this post with you fine people & sign off the Internet for the night I'll return to Mere Christianity. Up next is Chapter Five in Book Three, which is titled, "Sexual Morality." Perhaps next week's blog will be quite interesting.

Up this week for us: a day off school tomorrow (& MAYBE TUESDAY TOO IF IT SNOWS!!!), a visit to the endocrinologist in Jackson on Wednesday, &, if the UPS guy comes through, the completion of my cozy reading nook later this week.