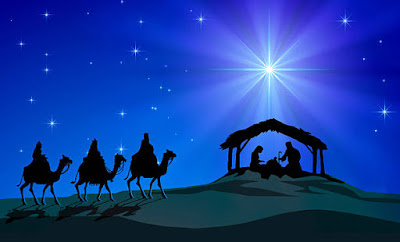 A mother is always the beginning.
She is how things begin.

I'll begin by addressing the blog's recent facelift. After seven years, I decided to make some aesthetic changes. I can't promise I won't ever return to my beloved books that served as the face of the blog for years & years, but one morning this past week while I was sipping coffee & piddling around online I came across the blank yellow page you now see in the background. I could write a few poems about the lure of a blank page, but I think in addition to the possibilities of a blank page, I was drawn to this image because it's an image that has consistently been a part of my life: the legal pad.

I also made a few font changes. Courier New has always been a favorite of mine. It's simple, which I like, but I know I am mainly drawn to it because it resembles the markings of a typewriter, which calls to mind the sight & sound of my paternal grandfather clacking away on his.

When I was in graduate school, I took a course titled Visual Communication. It was fascinating. We learned all about various fonts & which are most appropriate in certain situations. We talked about fonts & colors as they pertain to advertising as well as how they interact with the human eye. Anyway, I mention that to say this: If you find the Courier New visually disconcerting, let me know.

I've made a decision that this will be the final blog of the year. This will be the fiftieth blog I've posted this year, & that is a nice round number. Don't look for anything new to drop on New Year's Eve. I will of course be partying hard, by which I mean hanging out with other middle-aged couples with rowdy kids until around nine o'clock & crawling in the bed well before midnight.

Moving on. I'll begin by sharing some of the highlights of our Christmas Break thus far with you, & then I plan to wrap things up with a tribute to Taylor Swift.

The first official morning of Christmas Break did not unfold as I would've scripted it. Last spring Trey decided I wasn't handling life well; he hired someone to come to our house twice a month & clean it. Last Monday was a scheduled cleaning day, & so on the first official day of Christmas Break the kids & I were dressed & out the door at nine-thirty in the morning.  <insert sad face>

Since I was already slightly bitter, Trey & I put the final nail in the day's coffin & decided to visit our local Verizon store. I legit needed a new phone. The phone I was using prior to last Monday was a Christmas gift from Trey in December of 2012; I was pregnant with Henry when I got it. Over the course of the hour or so we were in the Verizon store, Trey & I bought new phones, we switched my number from AT&T to Verizon, & I made an appointment for Reagan to see the pediatrician that afternoon because, yes, she had a rash all over her torso. Fa la la la la, la la la la.

To fill the hours until the doctor's appointment, we all ate lunch at Chili's, & then I took the kids to TJMaxx. As a reward for showering, dressing, hauling the kids to the Verizon store, & dealing with Reagan's mysterious rash, the retail gods smiled on me. With both kids in tow whining about looking at toys, I found a pair of name brand jeans that normally would cost $65-70 for twenty bucks. I found my size, discovered they fit me like a glove, & shed a few tears. Then, then, because the denim pair fit so well, I went back to the rack to see if they had my size in black . . . and they did.

With the new jeans lifting my spirits, I dropped Henry at my sister's house & headed to the doctor's office. The doctor took one look at Reagan & said she didn't think the rash was an allergic reaction to anything (we've visited the doctor before thanks to a reaction to some sunscreen). She said she believed it was a viral rash. So, okay. Reagan hadn't been running any fever, & the blood work they ran was clean. We weren't dealing with mono (can cause a rash) or the flu or anything awful. She explained what I well know after years of dealing with fever blisters: sometimes you can contract a virus that won't cause symptoms in some people, whereas it will manifest itself or run its course via a rash (or fever blister) on the skin. She said the rash would fade over the course of the week, & that is exactly what happened. No fever, no weird sugar readings, no itching. That's my kind of rash.

The rest of the week was uneventful compared to our manic Monday. Tuesday night we took the kids to see the The Star, an animated film about the events leading up to Christ's birth. Wednesday, Thursday, & Friday were lovely. We slept late. I drank a lot of coffee. I graded a few essays.

Christmas Break is well underway, & I have slipped seamlessly into my natural rhythm, which is to sleep from around two in the morning until around nine-ish. I am, at present, my true self, my best self. More than once Trey has commented on my general cheeriness. No one has ever accused me of being overly cheerful, but that is perhaps because I spend most of my life trying to force my body to conform to a standard to which it refuses to mold itself. Give me three or four hours to myself after the kids go to sleep, hours during which I can read, write, or watch trash on television, & I will skip through life with a broad smile on my face.

So, I mentioned Taylor Swift. I know you're curious where that's headed. Ms. Swift has recently been in the news not because of the songs she sings, but because she has steadfastly refused to insert herself into politics in this, perhaps the most contentious political environment ever. People want her to use her fame, to use the influence she has, to be a mouthpiece for their particular cause, be it feminism, hating President Trump, saving animals, etc. Her most recent sin, according to the media, is that when asked, she stated that 2017 was a good year for her. The horror.

It's ironic to me that one of her releases this past year was titled Look What You Made Me Do. It seems no one is making her do anything she's not comfortable doing, & this is truly something to be emulated. Sometimes the wisest thing you can say is No comment. While other celebrities & athletes make annoying spectacles of themselves offering commentary on matters about which they have little knowledge or expertise, she has wisely stayed out of the fray.

I want to end (the blog & the year) with this thought inspired by what my mom has steadfastly taught me over the years, & what Taylor Swift has demonstrated in 2017, & that is this: You never, ever have to cave. You don't have to attend the party or see the movie or drink the drink or insert yourself into an argument. You don't have to hurl the insult. You always, always have control over you. One of the things I admire most about Trey is how much he doesn't & has never cared about trends or others' opinions of him.

I mentioned that last Tuesday night we took the kids to see The Star. It's an animated film that depicts the story of Christ's birth from the perspective of some talking animals. I highly recommend it. A mother is always the beginning. Ms. Tan, whom I've quoted above, is correct. She is how things begin. A word to the mothers reading (& the mother writing): The changes you want to see in your life, in your children's lives, in your husband's life, in the family unit you struggle day & in & day out to manage, those changes begin with you. You are the beating heart of your family; you are the soft pulse that gives it life. When you doubt this, or you doubt yourself, remember that the God of the universe, who could have orchestrated His Son's transition to earth in any way He chose, chose a woman to give birth to His Son. She gave birth in a stable without even one of the modern medical conveniences without which I would have never made it through labor. The fruition of the Lord's plan to save mankind began with a woman, so don't doubt what changes you can make happen in your own life & in the lives of those you love. Ignore the clamor from the world; put your head down & do what you know is best for you & best for your family.

At the end of 2018, may it be said that you never uttered Look what you made me do. Aspire to be  a person who confounds those around you because you refuse to cave where it matters, you refuse to be sucked into the gossip, the latest fads, the perpetual pull to ignore your blessings.

I'll end with a Longfellow poem.

I heard the bells on Christmas Day
Their old, familiar carols play,
And wild and sweet
The words repeat
Of peace on earth, good-will to men!

And thought how, as the day had come,
The belfries of all Christendom
Had rolled along
The unbroken song
Of peace on earth, good-will to men!

Till ringing, singing on its way,
The world revolved from night to day,
A voice, A chime,
A chant sublime
Of peace on earth, good-will to men!

Then from each black, accursed mouth
The cannon thundered in the South,
And with the sound
The carols drowned
Of peace on earth, good-will to men!

It was as if an earthquake rent
The hearth-stones of a continent,
And made forlorn
The households born
Of peace on earth, good-will to men!

I absolutely adore this poem. The third & fourth lines—And wild and sweet / the words repeat—are Longfellow's description of the repetitious carols, but these lines are, to me, a perfect description of my days at present. If something can be wild, sweet, & repetitious simultaneously, it is motherhood. The poem unfolds, & the wild, sweet repetition of the carols is lost to the poet, their melodies smothered by the sounds of the world—hate is strong / And mocks the song / Of peace on earth, good-will to men!

The carols drowned is the saddest line in this poem. But that's not the end. The bells come roaring back.

In the year ahead, take a cue from Ms. Swift & focus on the music; don't let the world smother the carols.  God is not dead, nor doth He sleep.

Thank you for hanging around for another year. Thank you for sticking with me through my rants, whining, shopping victories, & the occasional poetry analysis. Merry Christmas & Happy New Year. I will, the Lord willing, see you back here in 2018. 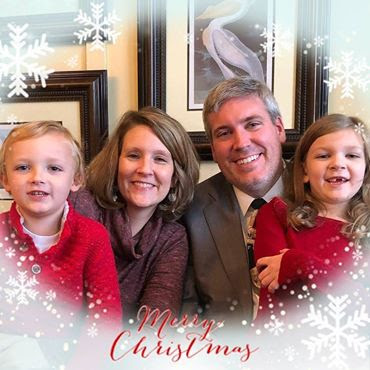