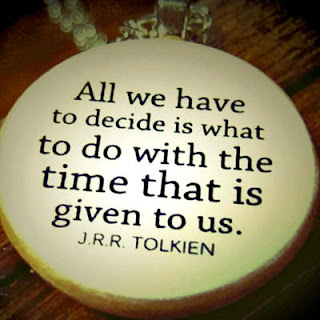 We had a nice Thanksgiving; I hope you did as well. We took some subpar family photos I've not loaded on my computer, but believe me, you can wait to see them. Every year I greatly anticipate the Friday & Saturday after Thanksgiving. No one expects anything of you on these days. This worked out well for me on Friday. I woke up with a sinus headache that pinned me to my bed until around one in the afternoon. Sadly it wasn't the sort of morning in bed one might hope to enjoy the day after Thanksgiving. I was so nauseated I didn't really even want my coffee, I didn't want to peruse sales online, & I didn't want to mindlessly watch something on Netflix.

After a handful of Advil Cold & Sinus & some intense time with my heating pad, I got out of bed around one o'clock, but I didn't accomplish much other than taking a good nap around four Friday afternoon. I made up for Friday on Saturday. I exercised & bought groceries before the Auburn/Alabama game began, & then during the game, as Saban's dreams fizzled, I made some headway with the Christmas decor. The tree is up & strung with lights. The ornaments are a work in progress. There's nothing worth taking photos of yet. Perhaps I'll have a productive week, & next week I'll bombard you with our subpar Thanksgiving photos as well as a montage of our picture-perfect Christmas decor. Stay tuned.


I have a just a few things to say, & then I'm going to sign off & mourn the end of Thanksgiving Break while ingesting a variety of sinus medicine. In his sermon this morning, my preacher discussed God's patience. If you've read much of the New Testament, you know first century Christians expected Jesus to return at any moment. We know now, some two-thousand years later, they all died before Christ's return. It's not a terrible example they set for us, to live each day fully expecting Christ to return, but their unmet expectation is also an example of the disparity between our concept of time & the Lord's concept of time. Because He is not constrained by time, because He is infinite & doesn't count minutes, hours, days, or even centuries in the way we do, He is patient in a way we cannot fully understand. One of the reasons for His patience is that He is quite literally giving us time.

This last thought called to mind a C.S. Lewis quote. From Mere Christianity:

“Now is our chance to choose the right side. God is holding back to give us that chance. It won't last forever. We must take it or leave it.”


I already had Lewis on my mind because late last night I read a research paper on J. R. R. Tolkien. My honors juniors were given the directive to write a research paper that in some way relates to British literature or British history (you can't cover British lit without throwing in a little British history). After reading a handful of papers on the Bubonic Plague & a few detailing all the women Henry VIII married & beheaded, it was refreshing to stumble on a paper that explores Tolkien's life.   Last year when I taught The Screwtape Letters I learned a great deal about Lewis's conversion to Christianity as well as his friendship with Tolkien. Tolkien & Lewis shared one of the great literary friendships & perhaps the only one that will echo in eternity.

Hemingway & Faulkner, as well as Hemingway & Fitzgerald, are fine examples of intellectuals pushing each other, refining each other, but their relationships pale in comparison to that of Tolkien & Lewis. The quote above, as well as most everything C.S. Lewis ever wrote, do you know why his words are around for our consumption today? Because God was patient & because Tolkien was a good & true friend.

Tolkien walked Lewis, an intellectual giant, down a road perhaps no one else in Lewis's life could have navigated. Essentially he explained to C.S. Lewis, a man who already knew the power of storytelling, that the reason humans love to tell stories & love to hear stories in which good triumphs over evil, stories in which powers that defy human rationale are at work, is because we are part of just such a story, & it is a true story that has an exceptional ending.

If God is indeed, as Lewis suggests, holding back, if He is giving us time, consider for a moment how wisely Tolkien used that time. Conversely, consider a world in which C.S. Lewis was never converted. That is, to me, a desperately sad thought. Consider those who've come to Christ or have come to better understand Christ because of C.S. Lewis.

What are you—what am I—doing with the time that is given to us? There is no doubt He is giving it to us. He is holding back, for now. Is there a C.S. Lewis in your life? Have the fortitude of Tolkien.

I hope you have a good week. It's a tough week, this post-Thanksgiving week. Tomorrow morning will be harsh. Drink a little more coffee than you think you need; time spent drinking coffee is always time well spent. See you, the Lord willing, in December.