The Weight of Choice 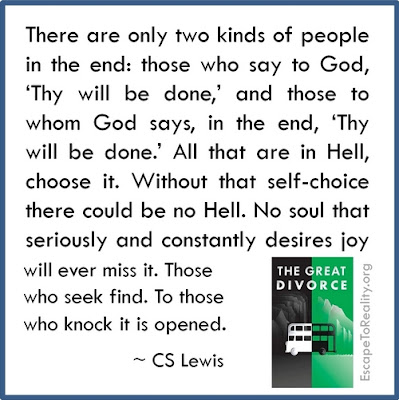 
I hope this finds you well. Tonight I want to call to your memory the story of Terri Schiavo. Most of you reading likely remember this name. In 1984, a woman named Theresa Marie Schindler married Michael Schiavo. Several years into their marriage, Terri suffered brain damage that left her in a vegetative state. For about a decade, Terri's husband, Michael, was involved in a right-to-die legal battle with Terri's parents. The Schindlers repeatedly asked the courts to intervene & block Michael's attempts to have Terri's life support removed. Terri was eventually taken off life support, & she died in March of 2005.

I was young when Ms. Schiavo's case first became nationwide news, but by the time it reached its later stages I was older & consumed a great deal of news. One night I was watching a news segment about the Schiavo case; a commentator said something that has never left me. He said while he understood the position Ms. Schiavo's parents were in & his heart was broken for them, our legal system places considerable weight on the marriage bond because it is a relationship entered into by choice. Terri Schiavo chose Michael Schiavo, & thus our legal system honors her choice. It was the best & most succinct explanation I'd heard regarding the case.

This blurb regarding choice that I heard on the news over a decade ago has been on my mind the past week. The aftermath of a tragedy often reveals the best & the worst of humanity. After a mass shooting such as the one that unfolded in a South Texas church last Sunday, there are prayers offered, money donated, etc. There are also those who mock prayer, citing the murder of worshipping Christians as evidence to further cement their belief that there is no God, or that God is a cynical, uncaring being. Where was the God to whom these Christians pray when an armed madman slaughtered them in their house of worship? This is a question often asked in a mocking tone, but it is one I think Christians need to be prepared to answer with sincerity.

The simple answer is that God gives men free will. This is a decision He made long ago, & no doubt one that has caused Him considerable heartache & consternation over the years. I do believe He'd make the same decision over & over again though, & I will tell you why. The simple answer is He gives man free will because it brings Him great joy when we choose Him in the same way a groom is honored by his bride's choice. Not only does it bring Him great joy when we choose Him, like the American legal system, He respects our right to make choices, & He honors those choices.  He is not a God of coercion.

I am told that one of the great joys of parenting is having a relationship with your adult children. My children are with me now because they have no other choice. I, at thirty-seven, spend time with my parents because I consciously & repeatedly make a choice to be with them, to maintain a relationship with them.

The flip side of the exhilarating feeling of having the freedom to choose is the freedom to choose poorly. The man who took innocent lives last Sunday chose poorly; his actions were certainly the culmination of many terrible choices. The harsh truth is that even when we make good choices—holy, God-centered choices—we are not insulated from the consequences of other people's poor choices. Because He wants children who come to Him freely, God will not force those who reject Him to come to Him, nor will He stay their hand when they pick up a weapon, or raise their fist to a child, or otherwise use their hands to do the Devil's bidding.

God is not a God of coercion, but because He is a just God, He will eventually make all things right. Choose Him now. Choose Him again tomorrow. Choose Him even when Christians are slaughtered in their pews. Thank Him for allowing you the freedom to choose, & exercise that freedom wisely, understanding the repercussions of your choice will echo for eternity.