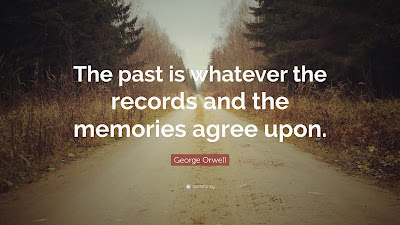 We're getting pretty deep into May. May is not a calm month; she is December's rival, bringing with her AP Exams & parties & celebratory showers & weddings & graduations & baseball games & exhaustion. Last week was a smattering of all of the above; naturally I took a few pictures & entertained a few thoughts so let's get right to all that.

Last Monday was my first day sans the seniors, though I managed okay since I saw a handful of them who had to return to school to take finals, & then I returned to my room mid-morning, having given the finals in a larger classroom, & the AP Calculus students were taking a practice test in my room since my room is known as a quiet place of solitude where people can concentrate on Calculus, ponder life, etc. I could not care less about Calculus but I am quite fond of the AP Calculus students & it was nice to see their faces. Nice is a lame word; it was wonderful to see their faces. I'll tell you a secret: they're in here again this morning taking yet another practice test before their AP Exam tomorrow & once again, my Monday morning is made.

Monday evening was sublime. I spent it eating excellent food & laughing riotously with my AP students, thanks to the generosity & hospitality of one of my student's parents. Naturally I took a few pictures. Since I'd gotten the group photo I wanted on our last day in class together I didn't demand photos of anyone. My presence was requested for this one . . . in which I look six months pregnant: 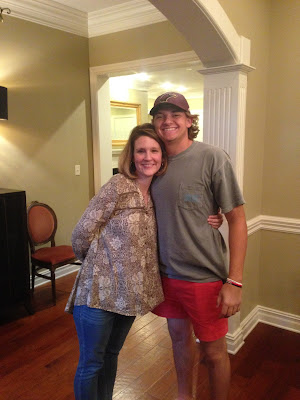 We took one look, laughed, & attempted another picture . . . in which we appear ready to make an announcement on social media about our growing family: 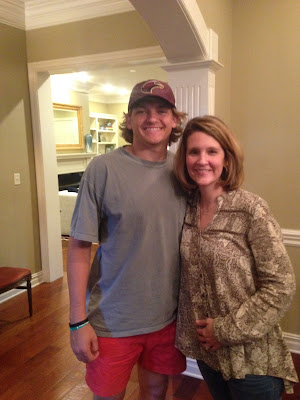 Yay for the ability to crop my stupidity out of a photo. At long last, this is me with John. He's a doll & I'm going to miss him a whole lot. I personally campaigned for him to win "best hair" when senior favorites were voted on, & he swept the title easily. I know, I know. You can't tell in this picture because of the hat but the hair is, like John, vibrant & perfect. 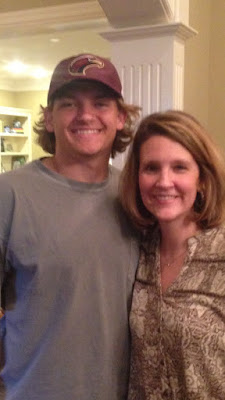 Okay, I lied. I did demand one photo. Somehow the year unfolded & I had no pictures with this one so I put on my bossy pants & made it happen. Here are the results. I'm going to quote Austen's Mr. Knightley, I cannot make speeches. I guess I'll go with: had I known young men like this were lurking in high school classrooms I'd have made my way here sooner; the laugh lines on my face & my heart are forever altered. 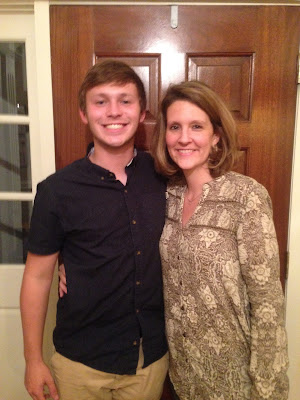 The rest of the week was admittedly a bit of a downer after Monday. Maybe downer isn't the best word; the rest of the week brought with it a significant shift: a shift in my schedule, in my thoughts, in my classroom, even in the physical spaces I inhabit daily. It was a week during which I was constantly pulling myself out of my head so that I might parent my children, accomplish small but necessary goals to wrap up the year, & stay sane.

I had time during the day to do things my schedule normally doesn't allow. I ate lunch with the kids. 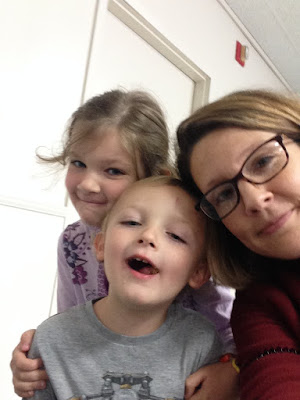 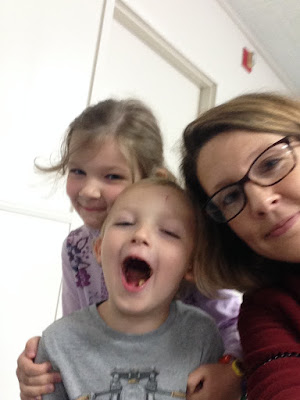 I ate a variety of carbs all alone in my classroom. 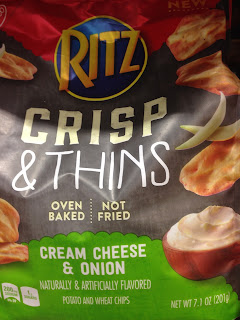 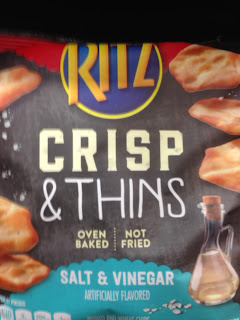 I built a shrine, or rather, I began the construction of a shrine as I'm not sure I'm done yet. 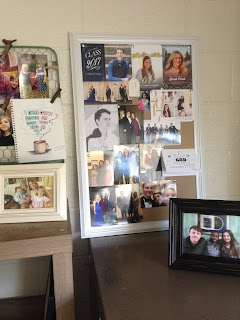 I did accomplish a few legit things during the week. It is dry stuff about which you probably care little so I won't dwell on it (it involves labeling & organizing manila folders).

The weekend was a test of my stamina, & I think I probably earned a "C." Immediately after school on Friday Reagan's presence was requested at a birthday party which was held at Chuck E. Cheese, home of the trifecta: carbs, germs, & noise.

Some of the merriment: 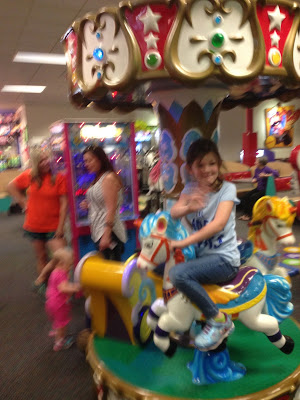 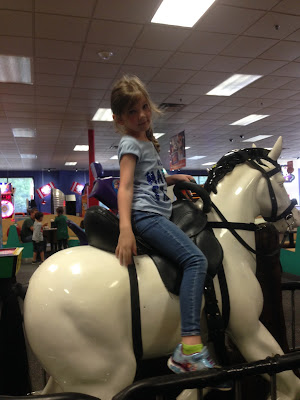 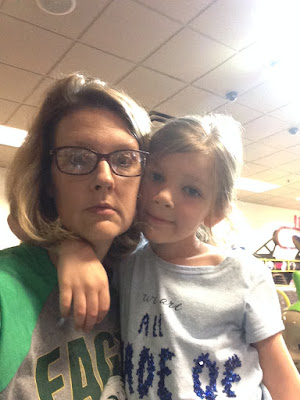 We left the birthday party (which Henry did not attend, having been left with his father), & went back to the school to the baseball game, after which we raced home to rush through the bedtime routine because, yes, we had plans Saturday. Sigh.

Saturday we spent the day in Bossier. We ate lunch at Posada's, which was probably my favorite part of the day, & then we attempted to infiltrate Barksdale Air Force Base; we were rebuffed. We didn't make it onto the base before they closed the gates to incoming air show traffic, & so we - we being my parents, Trey's parents, Trey, the kids, & yours truly - parked our cars in a lot somewhere outside the base & waited for the promised air show. We did eventually see an air show. It was admittedly impressive, though if I had to choose between the day's activities, I might opt to sit & eat warm, homemade tortillas inside an air conditioned Posada's over watching the air show from my spot on the hot, hard ground. 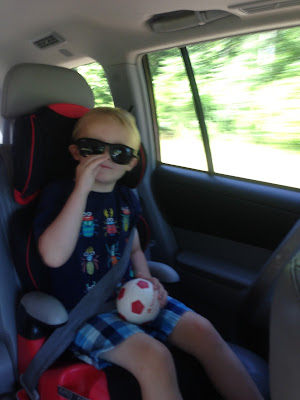 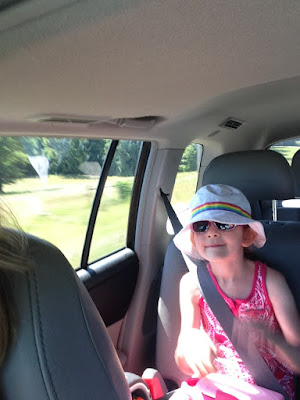 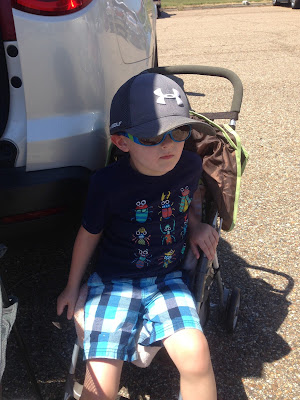 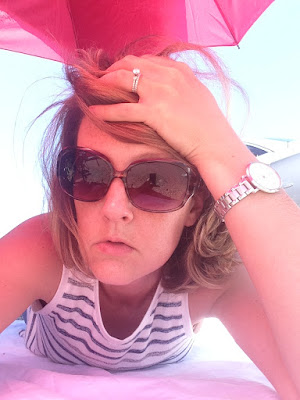 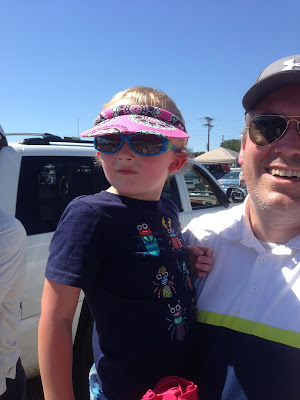 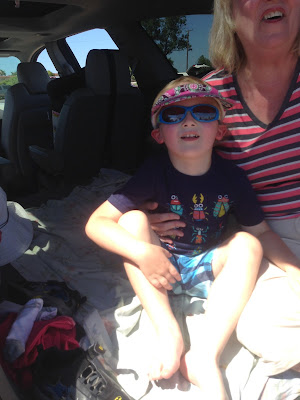 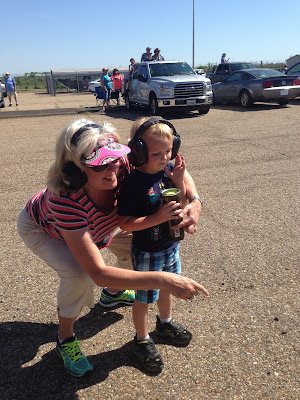 I'd like to close with a few thoughts that hounded me last week during the many hours I was alone in my classroom, a room that, just one week prior, was filled with the voices & laughter of seniors who'll graduate from high school one week from today.

Every senior read Nineteen Eighty-Four, or rather, every senior was handed a copy of Nineteen Eighty-Four & strongly encouraged to read it, & so what I'm about to say ought not be lost on any of them. One of the ways the ruling party in Nineteen Eighty-Four gains & maintains control of citizens is via the manipulation of people's memories. People are not allowed to generate or own anything that reminds them of their past - that confirms their past is as they remember; photographs, diaries, & other such mementos are forbidden. The novel's opening scene sets the tone of paranoia & fear & secrecy that pervades the book. Oh sorry; I slipped into AP-speak for a moment. The opening scene introduces the reader to the protagonist, Winston Smith, & soon thereafter depicts in exquisite detail Winston deliberating picking up a pen & writing in a diary he has unwisely purchased. It's an excellent scene.

With a bookshelf lined with copies of Nineteen Eighty-Four looming large in my room, last week I thought about a phrase one of my student's used the week prior, that high school was now, consigned to memory. It's a sad thought, that it's all in the past, but we are not without beautiful reminders. I was awash in them last week.

Seniors, here are a few concrete ways you left your grubby prints on me, & on the school you called home for a short while:

First, your pictures adorn my desk & my walls. I want you to think about Winston Smith. Think about his struggle to remember his mother, his childhood. There is a reason I printed tangible copies of the photos we took & put them in your hands (I still have some to disseminate, by the way, so don't run away from me at graduation). Hear this, children of the digital age: tangible proof is important, particularly as time passes, & if you don't think it is then you need to reread Nineteen Eighty-Four. You need to read Eisenhower's reasons for demanding the concentration camps his forces liberated be photographed. I hope in fifteen years you're cleaning out a drawer & you find a picture I gave you & you remember that yes, that was real. Though they will one day seem a dream,  your high school years were real, & they mattered.

Second, you filled the spaces you inhabited in purposeful & memorable ways, & your presence is missed. Last Wednesday morning I was already a bit of a mess because my AP students were taking their AP Lit Exam while I was helplessly parked behind my desk miles away, swilling coffee & anxiously filing my nails when I realized it was time for chapel. I made my way to the gym, trudged up the stairs, & sat down to this: 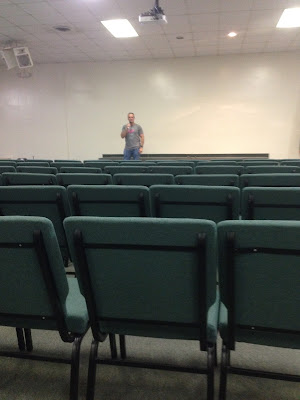 Last week was filled with mines I didn't always successfully sidestep. I looked forlornly at the empty seats, the seats reserved for seniors, & I didn't cry. I didn't cry when the juniors stood & made their way to the seniors' seats. I was pretty proud of myself, & then we were all dismissed & the faux-seniors & the teachers stood to leave & we all just stood there looking at the closed double doors in front of us, the doors a special young man always opened & held for people entering & leaving the chapel, & I lost it. I went back to my room, cried, ate several servings of Ritz crackers, & waited for texts from my AP students.

Third, some of you - you teenage wonders for whom everything is digital & longhand script is an ancient art - wrote me handwritten notes. I was given another one this morning. I will cherish them, not only your words, but your personable longhand script that is as unique as your fingerprints & your personality.

I was recently told I initially "seemed so serious" until a student made me laugh & then - & I quote - "it was all over." It was all over in the sense that it began. Since meeting you in August & turning thirty-six in October, I've become very aware of the lines on my forehead. I found my first gray hair. The year has been an adjustment for me, for my family, & as is usually the case with change, it was accompanied by stress, but when I think back on the months since last August the first thing I recall is laughter.

The past is whatever the records and the memories agree upon. I love the records you've left me; I will look at them & reread them often to remind me that our time together was real & that it was as wonderful as my memories dare suggest.

To anyone reading, might I suggest the importance of tangible confirmations of your memories. Write people real notes, real letters, using a pen & a piece of paper. Your grandchildren will never, ever be digging through your old text messages & stop & read a sweet text their grandparents once exchanged. Print your pictures. Keep & frame or otherwise preserve certificates & awards. Leave a trail, a physical trail, because one day you'll retrace your steps & you'll be so pleased with your former self for the breadcrumbs you left, & your children & grandchildren will thank you as well. To quote Lois Lowry from The Giver: Memories need to be shared.

I promise I am not depressed. The exit from high school is, as it turns out, a process. It's a slow process marked by milestones & various parties & lots of photo ops & finally will, the Lord willing, culminate a week from today with a graduation ceremony. Soon it will officially be summer. I'll be at home with the kids rather than sequestered in my classroom with my pictures & memories, & so it's likely I'll again regale you with tales of my trips to Target, fill you in on what the book club is reading, & bore you with whiny rants about the summer school class I'll be taking so that I might continue to fulfill the graduate requirements necessary for me to wear the title English 101 & 102 Dual Enrollment Instructor.

If I love you, the odds are good you'll be donning a cap & gown next Monday. Reagan is slated to graduate from kindergarten bright & early, & the seniors will graduate Monday night. Obviously someone on the planning committee seeks to make a mockery of me & my volatile emotions. Have a wonderful week; stop & pay attention to what's happening because it only happens once.