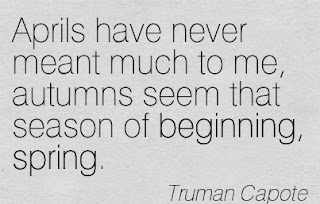 I'm not even going to bother linking to last week's blog because I have to assume you read it, & then sent it to your grandmother so she could read it. It was a widely read blog for whatever reason. My apologies to the mothers of the seniors who were adversely emotionally impacted; a few of you stopped me at school to express your desire for me to, well, lay off a little because you're emotional enough as it is. I'll try. Maybe we can form a support group or something.

Over the weekend I was mired in essays. When I needed a break from the essays, I shopped online started working on some notes that cover the Victorian Period in British Literature & then a second set of notes that cover the Modern Period in British literature. These sets of notes are it, folks. They will take me through the end of the year. Granted, I'm continually pulling old test material & trying to find fun & new ways to present it to AP as we continue our march toward their AP Exam in May, but in terms of major periods in British literature, which form the backbone of my other classes, I can see the end.

I'm not sure what Victorian literature we're going to read. What I mean to say is, I'm not sure what Victorian literature we're going to read beyond Tennyson. Other Victorian authors I think are important include the Bronte sisters & - bless - Charles Dickens. Dickens is one of those authors to whom literature teachers ought to pay due respect, but with whom I've never formed a deep attachment. Unfortunately our text says nary a word about Dickens or the Bronte sisters. We've actually briefly discussed the Bronte sisters during our discussion of Romantic literature because (& some of you wise readers know exactly where I'm headed) without Lord Byron, Romantic poet extraordinaire, & the emergence of the Byronic hero, there would be no Mr. Rochester (of Jane Eyre fame), & there would be no Heathcliff (of Wuthering Heights fame). Who wants a white knight whose past is an open book when you can have a brooding, enigmatic antihero whose mood swings & secretive past you're willing to excuse because he's so tall, & his hair is so dark & luscious, & did I mention he's moody?! Lord Byron, from the women of the world who have the sense to stay away from the Byronic heroes of the world but don't mind reading about them, thank you.

Thankfully, since we're flat running out of time, we've already read two works that fall squarely in the "British Modernists" category: the seniors' summer read, Lord of the Flies, & Lewis's The Screwtape Letters. My plan is to briefly discuss the monarchy (who's on the throne, how'd they get there, who hates them, etc.) as well as a few characteristics of "modern" British literature & to end the year with Orwell's Nineteen-Eighty Four. Yes, Nineteen-Eighty Four is considered modern British lit despite its publication shortly after the end of WWII. At present, anything published after 1914 is considered modern literature. I don't make the rules.

Anyway, I so thoroughly enjoyed reading Nineteen Eighty-Four with AP, & I have copies aplenty of it in my room, so I've set for myself a lofty goal of having fifty or so high school seniors read Nineteen Eighteen-Four mere weeks before they are set to graduate high school. Stay tuned for updates on that endeavor.

My point in filling you in on the current state of my note making is to tell you that every section in our British literature textbook begins with a timeline of significant events that unfolded during that period in British history. So Saturday night I'm piled in bed with my laptop, the Harry Potter films babbling soothingly in the background as I peck away at my notes, & I pulled up short when I glanced at the timeline that introduces the section on modern British literature. One of the events on the timeline reads: August 1997: Princess Diana dies.

Princess Diana's untimely end marked a beginning for me; in August of 1997 I began my last year of high school. I share Mr. Capote's sentiment expressed above (from Breakfast at Tiffany's) regarding Aprils and Augusts. Calendars are all fine & good, but since the age of four my beginnings & endings have been dictated by the academic calendar.

Last week, on more than one occasion, I thought about beginnings. My book club met last Monday night. Our February read was Heartless by Marissa Meyer. Before I continue, I'm proud to say I read every word of the book. Granted, I had two chapters left when the group met Monday night, but I went home & finished the book straightaway after our meeting. Anyway, the book tells the story of the Queen of Hearts of Alice in Wonderland lore. Ms. Meyer takes Lewis Carroll's infamous bitter queen & gives her a backstory; the book attempts to explain the queen's beginning, to explain her journey from the happy young teen readers of Heartless meet in the book's opening chapters to the cruel monarch who emerges by book's end, the cruel monarch before whom lovely Alice trembles. It attempts to answer the question How did she move from point A to point B? What in the world happened in the interim?

Again on Tuesday I had a beginnings moment. Last week I mentioned my first day in the high school classroom, which fell on August 19 of last year. On that day, I introduced myself to five different groups of students. I don't remember many details from the day, but I do remember a remark a young man made after I'd given my introductory spiel to a group of my seniors. I finished speaking, turned to the board to do something, & he muttered something I have to assume he didn't intend for me to hear (though knowing him now I wonder). It wasn't mean or derogatory; it was actually a little funny, but at the time I pretended not to hear it, smiled to myself, & thought, "This one will be a handful."


On Tuesday I thought about my first impression of Mr. Handful, of our (somewhat inauspicious) beginning. There was an impromptu faculty meeting called & I was scrambling to find someone to watch the kids while I attended. There is an after school program at school, but the kids have never been, & I didn't want to thrust them into that situation with no explanation & run off to my meeting. Additionally, word is that the after school program is snack-heavy, & so that complicates things where Reagan is concerned. My parents were out of town. Trey was on his way to Shreveport for a deposition. I didn't want to ask my mother-in-law to make the half hour drive to the school for what I presumed would be a twenty minute meeting. So, I asked Mr. Handful if he'd watch my kids. His ACT score is in the stratosphere so I figured he could handle the kids for half an hour.

I left my room smiling widely, wondering, as Meyer did of the Queen of Hearts, how did we move from point A to point B? And the answer is I'm not even sure. The answer, in my head, is a montage of sarcasm, literature, comma advice, cookies, & side-splitting laughter. What I haven't told Mr. Handful (who's proven useful as both a babysitter & an editor) or any of my students (or anyone other than my mom) is that my book will likely be published in August of this year. This is going to dash the dreams of a few students who've vowed to quote me to me in class, but on the upside maybe this will lure them back to my classroom after their presence is no longer required there.

A couple of weeks ago I got an email from my publisher. She suggested we push the book's publication to August, that it "would be poetic" to do so given that the book opens in August. Edie begins graduate school in August. The reader meets Edie in August. Edie meets Dr. Foster in August; Edie's world tilts in August. My publisher asked me what I thought of the idea.

This is what I think of the idea:

So, Lord willing, when the book's published Reagan will be a first grader. I'll be navigating a new group of seniors, & my current seniors will be beginning college. This past weekend a gaggle of seniors were in Memphis for, oh, about a day. In that time I received texts, pictures, delightful memes, Facebook messages, & even a request to FaceTime. So when I say stay in touch, stay in touch. I know you know how this works.

For anyone in the academic world, the year begins in August. It's often an ominous beginning. The heat is oppressive. You want so desperately to cling to summer, not ready to confront the newness each August brings: new schedule, new faces, new routines. New smart mouths. When next you find yourself bemoaning August, think of what you've said goodbye to in May, & remember that began in August. Reagan will graduate from Kindergarten in May; the seniors will graduate from high school in May (I will be in a corner in the fetal position in May). For the tears & triumphs & gifts & celebrations of May, there must be an August. Don't make hasty August judgments; the cooler weather is coming, your new routine will become just that, routine, & the smart mouth you thought would be a thorn in your side might be one of the voices you'll miss most when August next presents herself.